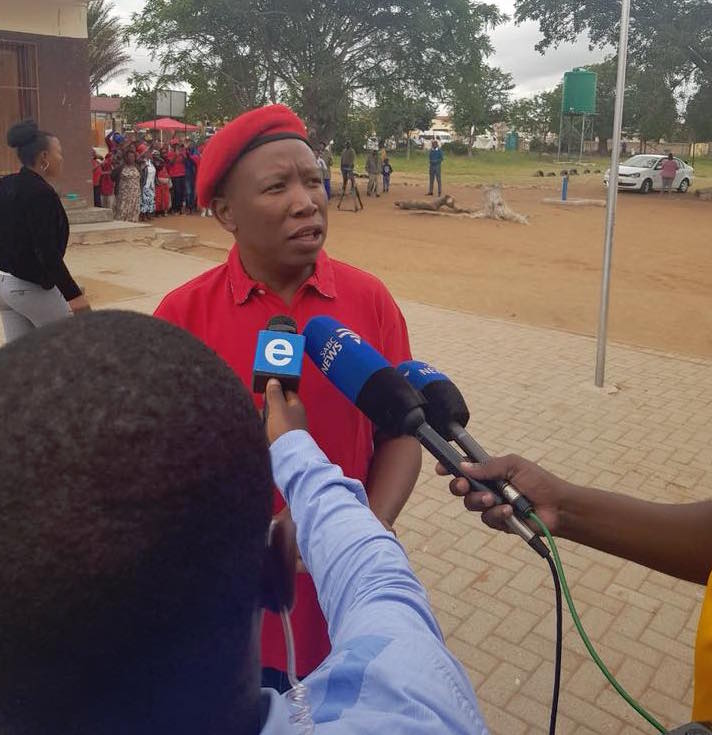 
The Economic Freedom Fighters have enabled and created an environment in which the abuse, intimidation and harassment of journalists is encouraged.

It is this that prompted the South African National Editors Forum to take on the EFF by lodging a compliant against the red overall brigade at South Africa’s Equality Court.

Sanef said it wanted to protect the country’s journalists from a barrage of abusive and dangerous threats against journalists in South Africa, and sustained intimidation by EFF leader Julius Malema and his supporters.

READ all the court papers with the various journalists’ stories of threats and intimidation here. It makes for chilling reading.

In response, the party’s spokesperson Mbuyiseni Ndlozi issued a statement denying it had ever threatened the lives of reporters.

Sanef disagreed, saying it was women journalists in particular who had “borne the brunt of an avalanche of insults leveled against them, particularly on social media. The journalists who have reported critically on the EFF have been called ‘whores’, ‘witches’, ‘bitches’ and ‘cunts’, and calls have been made for them to be raped and attacked by staunch EFF supporters”, said Sanef chairperson, Mahlatse Mahlase, in a statement.

“Some of the people purporting to be EFF members have threatened to find their home addresses. Further calls have been made by EFF supporters for the killing of certain journalists.”

Sanef had earlier asked to meet the EFF to discuss the threats, but the party declined to hear what the editors forum had to say.

Sanef wants the EFF indicted from publishing personal information on the journalists on public platforms or social media, as well as from “expressly” or “tacitly” endorsing threats and intimidation against media. It also wants to the party to publicly denouce such actions and apologise for their actions, as well as recognise the legitimate and constitutionally protected role journalists play in society.

Sanef pointed to certain statements by Malema as having incited violence against journalists (and certain politicians).

Then he calculatingly washed “his hands of the consequences”.

It’s a similar tack used by Ndlozi in his response the Equality Court challenge: “The EFF has been consistent in its message to its supporters that our battle with these individuals is an intellectual one based on ideas and not on physical violence,” he said, adding, “In essence, our campaign to look out for them and their work on social media is a pure ideological exercise”.

Sanef said it was “gravely concerned about the weaponisation of social media and the chilling effect this may have on a generation of journalists who would not want to open themselves up to this level of abuse, by reporting on any EFF related matters”.