Sygnia, Sekunjalo, Survé and those shares 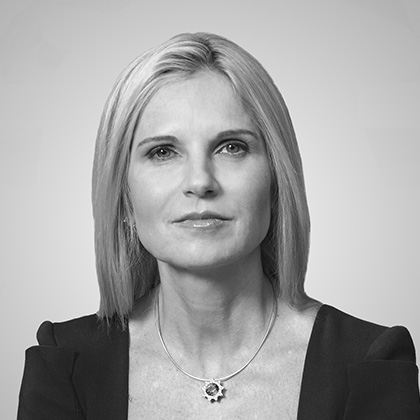 Magda Wierzycka made an offer to buy back shares from AEEI, which in turn laid criminal charges. Dr Iqbal Surve, in turn, responded to Wierzycka’s interview on Moneyweb Radio. Both sides of the story right here.

NOMPU SIZIBA: African Equity Empowerment Investments [AEEI] and its CEO, Khalid Abdulla, yesterday laid a charge of attempted extortion against outspoken Sygnia CEO, Magda Wierzycka. Abdulla claimed that Wierzycka had made several approaches towards AEEI, through email and SMS, for her to buy back Sygnia shares that it and its associated companies – including Sekunjalo Investment Holdings and Ayo Technologies [AT] – own at a massive discount. Abdulla says their lawyers have advised that this is an attempt at extortion, and hence they’ve submitted email and SMS evidence to the police and filed a criminal complaint.

Well, to respond to these allegations I have Magda Wierzycka, CEO of Sygnia, on the line. Thanks very much for joining us, Magda. Have you at any point approached AEEI, Sekunjalo Investment Holdings, or even Ayo Technologies, and raised the idea of buying Sygnia shares from them at a lower than market value price?

MAGDA WIERZYCKA: Absolutely not. Look, I’ve approached them twice to purchase their shares. I do not wish to have AEEI as a shareholder. They hold just over 1% of share capital. Given the controversy around AEEI, Khalid Abdulla, who is Iqbal’s Survé’s brother-in-law, and Iqbal Survé’s Independent Media, the value destruction for the Public Investment Corporation, that they have been involved in and continue to be involved in, I really do not wish Sygnia associated with what turns out to be characters of that nature.

I am already involved in a defamation suit with Iqbal and Independent Media, and I’ve approached them twice with a market-related offer to purchase the shares from them, and both times I have been rebuked by them, and that was a matter, until yesterday where supposedly I was charged with extortion.

NOMPU SIZIBA: Magda, let me just read this to you. I have here a copy of what’s purported to be a communication from yourself to AEEI’s CEO Khalid Abdulla, which states:

Khalid, I would like to buy your Sygnia shares. We don’t have a good relationship and it will continue deteriorating. If we part company now I will move on from Ayo, Vunani, Sekunjalo stories. It would be, in both parties’ best interest, a once-off offer. Magda.

They say that’s how you signed off. Did this particular communication in your mind exist? Did you ever make this communication?

MAGDA WIERZYCKA: Absolutely. This is a complete negotiation. I’m basically saying I want to walk away from you people; you walk away from Sygnia. He responds by asking me to give an offer, which is just above a market-related price at that point in time.

NOMPU SIZIBA: So you did send a communication. But they say you had a caveat, and that was that, should they agree to you buying Sygnia shares, you would stop writing negative stories about their associated companies. Is there any truth to that?

MAGDA WIERZYCKA: No. What I said is I will walk away from you, from Ayo and from Sekunjalo. That is not equivalent to saying I’m going to stop writing negative stories, whatever they might read into the implication.

The truth of the matter is that right now Ayo Technologies is involved in a whole lot of dealings which involve, again, a massive loss of value for the PIC. And this is a bit of a PR [public relations] stunt and a distraction, to try and stop me from investigating what is effectively happening at Ayo, and stop me from writing about Ayo going forward.

NOMPU SIZIBA: I know that you engaged the JSE about the Ayo listing, and you had a conversation with them and kind of laid down – not the law – but you laid down what you thought was the best way for them to proceed. Where have you arrived in terms of discussions with the JSE around that, or it’s just business as usual for them?

MAGDA WIERZYCKA: No, it isn’t. Actually they took it quite seriously, and what they’ve done is they’ve published a consultation paper, which they’ve issued to the industry, asking for how they could strengthen the listing requirements, so situations such as the listing of Oakbay, of Ayo Technologies, of Sagarmatha and other Iqbal Survé listings don’t happen in future. So I think they have taken it quite seriously as they are re-looking at the way they list companies and what they expose South African investors to.

NOMPU SIZIBA: Just as a point of interest, Magda, in terms of the shares that Ayo and Sekunjalo Investment Holdings and so on hold, at what point did they begin to invest in these shares? Was it at the prelisting stage or are these shares that they accumulated on the open market?

MAGDA WIERZYCKA: I can’t comment on all the various shares that they hold. Sygnia holds a very, very small part, so we feel it’s about 11% of shares that are in circulation. So literally very few shares changed hands. AEEI took a stake in Sygnia at listing, and at listing we had a policy – we were 21% oversubscribed – and in our prospectus we had a policy of giving preference to any BEE shareholders, and they qualified as a BEE shareholder, and hence they got an allocation on the basis of being a BEE shareholder. It needs a listing to usually do a proportionate allocation of shares. So unfortunately they did get an allocation of shares in the listing process, and subsequently we had a rights offer, where you issue more shares, in which they took up their rights.

NOMPU SIZIBA: Okay, you’ve made that very clear. So where to next, Magda? They’ve laid criminal charges against you, you are suing them – where to next? Where does it end?

NOMPU SIZIBA: Alright, Magda. Thank you very much for being willing to speak to us.

This story was first published on Moneyweb and is republished with permission.