OMD tops global and US rankings

Omnicom Media Group’s OMD has come out tops in consultancy COMvergence’s annual ranking of the top global and US media agencies.

They are ranked by using projected 2018 buying billings and market share.

OMD tops both the global and US list, highlighting its dominance. 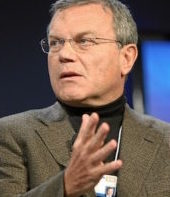 MightyHive co-founders Pete Kim (CEO) and Christopher S. Martin (COO)  will join the S4 Capital board of directors while also remaining in their roles running the day-to-day operations. It has offices in San Francisco, New York, Sydney, London, Stockholm and Singapore.

Tech giant Google has added to its stable of offerings, launching a a radio-style, on-demand audio news feed.

The service will be available on smart speakers, and personalised through the use of Google’s in-house artificial intelligence programme Google Assistant.

Through partnerships with several over a dozen news organisations, Google will deliver the audio feed in a way similar to its smartphone news feed.

To find out more, published by eNCA, click here.

Google also had a bit of an advertising hiccough this week… which cost it around $10 million. It seems it accidentally published a blank dummy ad, which was live for about 45 minutes in the US and Australia.

It was an “honest mistake” that came from an advertiser training exercise, Google said.

The full story on Campaign is here.

The Guardian ran a fascinating piece, analysing media goings-on in China, particularly how the country’s state-run broadcaster is evolving, recruiting more foreign journalists to spread the good word of the state around the world.

Well worth the read, the piece explores how the Chinese state has shifted from a reactive, defensive approach to a proactive, direct stance.

You can see the full story, published by The Guardian, here. 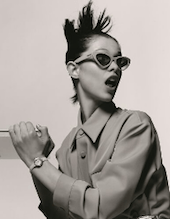 Elle magazine in the United Kingdom hosted its first major event in its campaign to increase the brand’s bond with consumers. Over 4 000 people joined the magazine and beauty brand partner, Feelunique, at the Saatchi Gallery in London where rooms were dedicated to beauty, fashion, talks, workshops and wellness… just ahead of  Christmas.

For example, major department store, Harvey Nichols, offered hair and beauty makeovers before guests posed in front of a camera to have their picture printed as the front cover of Elle while sportswear brand Lululemon created a wellness studio offering yoga and exercise sessions, and some of its products were also available to purchase.

Read all about it on Campaign.

Huge US media company, Liberty Media, is planning to take a stake in iHeartMedia as soon as the radio company emerges from Chapter 11 bankruptcy, according to a report in the New York Post. Creditors have approved a plan to cut iHeartMedia’s debt by a two-thirds. 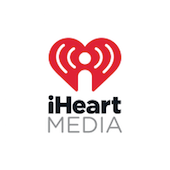 iHeartMedia defaulted on $20 billion of debt from a leveraged buyout by private equity firms Bain Capital and Thomas H Lee Partners in 2008. But online competitors such as Pandory and Spotify impacted on the company, and the recession gave it another smack.  Now iHeart’s creditors have voted in favour of restructuring and could take it public in February 2019.
iHeartMedia’s revenue has remained at or near $6.2 million the last five years, Pollstar reported. “Operating income has usually been a healthy $1 billion except for $1.5 billion in 2016. The problem is the interest required to service the debt used to acquire the company. In 2017, interest expense of $1.87 billion given an otherwise profitable company deep deficits. Bankruptcy and an ordered restructuring were the best options for getting the company out from under its debt and toward financial stability,” it said.
Liberty Media chief John Malone has previously showed interest in iHeartMedia and offered $1.16 billion for 40 percent of the company in June. Ownership in iHeartMedia would give Liberty a unique, vertically integrated media and entertainment company that spans three levels of music broadcasting: airwaves, satellite, and Internet.
Read the detailed story on Pollstar here. 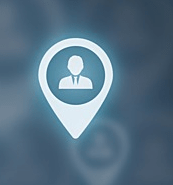 Kantar Media has launched a consumer profiling tool for media planning based on its TGI survey data in 22 countries, Research Live has reported.

“The ‘TGI Global Quick View’ draws on data from a sample of 60 000 respondents, including online interest and attitude data, media preferences and online shopping habits,” it said.

Users of the tool – including brands, agencies and media owners – can cross-reference its global data with individual TGI national studies from the countries included.