How metrics are changing editorial decisions in African newsrooms 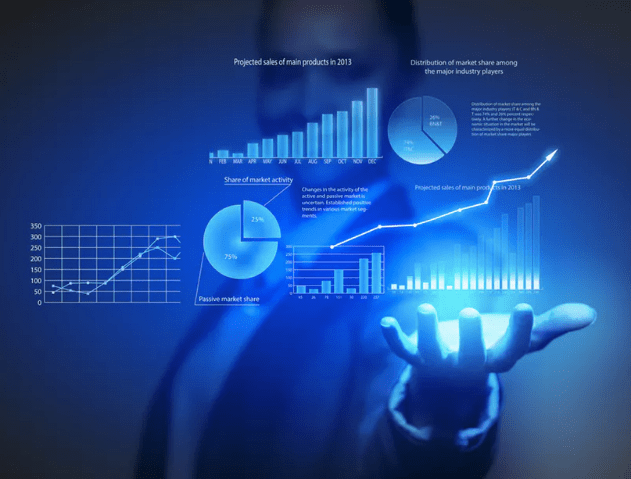 Image: Newsrooms in Africa, like their counterparts around the world, are embracing new media tools. Sergey Nivens/Shutterstock


New digital technologies such as Facebook, Twitter, YouTube and WhatsApp have significantly shaped news production, distribution and consumption practices around the world. This has led to changes in the ways in which news is gathered by citizens and professional journalists as well as the ways in which it’s consumed.

This “new media” environment has also allowed journalists to gather new forms of information about their audiences. Newsrooms in Africa, like their counterparts around the world, are embracing new media tools like analytics or editorial metrics to aid in the editorial decision-making process.

Large amounts of data are gathered by the inclusion of third party measurement systems into a website. This is often a small piece of code that seamlessly collects and directs information to the third party. In addition, newsrooms use metrics from content aggregators such as Chartbeat, Omniture, Parse.ly, comScore, Nielsen NetRatings, and Google Analytics.

All this data allows newsrooms to monitor, observe, quantify, and predict the performance of stories in real time. Often, this information is used to make decisions about what to publish and not to publish.

This is a significant development. Editors and journalists are increasingly making editorial decisions based on granular information about the performance of specific headlines and news articles.

While editorial analysis of data collected from various sources is extremely beneficial to newsroom decision makers, there is a downside. In particular, an overemphasis on the use of metrics can favour what’s popular over what’s in the public interest.

Very few studies have looked at how readership data are used in the production and distribution of news in Africa. To fill this research void we carried out a study to understand how journalists determine what to publish.

How we did it

To gather our data we relied on interviews with online editors and journalists from newsrooms in Zimbabwe, South Africa, and Kenya between 2017 and 2018. A total of 21 respondents took part in the study via face-to-face interviews as well as interviews via email.

In Zimbabwe we interviewed six people, in Kenya six and in South Africa nine.

We looked at news production and distribution and examined the relationship between editorial analytics and how journalists made decisions about what news to share. Content aggregators like Chartbeat and Google Analytics measure indices such as click through rate, time-on-page, social sharing, conversions, impressions, scroll depth, scroll speed, returning visitors and pageviews. Data mostly in quantitative format is collected through these metrics.

We wanted to find out if online editors and journalists were incorporating editorial metrics (such as Google Analytics, Chartbeat, Facebook Insights and others) in their work.

We also wanted to observe how they were doing it.

While our sample is too small to yield findings that can be generalised across the continent, they suggest that it is sufficient to point towards emerging trends on the phenomenon we call “analytics-driven journalism”.

Research in this area in the US, Europe, Australia and Asia has found that few news organisations have developed “editorial analytics”. This refers to approaches to analytics that move beyond generic use of off-the-shelf tools and techniques to developing tailored approaches aligned with the specific editorial priorities and organisational imperatives of a particular news organisation.

Our findings can be used to reflect on the future of journalism and the changing nature of news and news values in Africa.

We found that the use of analytics has become widespread and entrenched in East and southern Africa newsrooms. There are three major ways in which analytics is used:

To track stories. The newsrooms we surveyed employ a range of online analytic tools such as Chartbeat, Google Analytics, Content Insights; Facebook insights; Eco-box, Alexa, Bright Cove and Disqus. These editorial metrics allow editors to tell which stories generate the most or least reader interest. In some cases, management uses this information to make editorial decisions. They also use it to reward performance.

Compared to other analytic tools, we found that Google Analytics was the most widely used in the newsrooms we surveyed.

Engaging and interacting with their audiences. Some of the major benefits of analytics-driven journalism include an enhanced understanding of audiences, and how they interact with content. Online journalists have been able to quantify the numbers of ‘eyeballs’ attracted to each story, how long they stay, and how far they scroll down.

To generate quantitative data. This is used to aid editorial decisions. Questions about which stories to pursue, which angles to take, and what emphasis to place on different aspects are answered based on the analytics information. This information is also gleaned from social media. Journalists routinely check what’s trending on these platforms before putting together their story ideas and news articles.

The dangers, and solutions

The problem with using data to make news judgements is that this is followed by
a desire to manipulate the news for business and marketing purposes. In turn, this manipulation of the news gaze feeds into the proliferation of fake news, misinformation, and cyber-propaganda, as well as the growth of sensational blogs.

For instance, the mainstream media is increasingly using clickbaiting (headlines designed to hook readers into clicking on a hyperlink) to mislead and misinform audiences about the ‘real’ content of their stories. This is worrying.

Our study recommends that ‘what interests the public’ should not override the production of content that is in the public interest. Journalism must continue in its mission to educate, inform and entertain.

And to restore trust in the media at a time when audiences are sceptical about mainstream content, analytic tools must be used to produce quality and accurate news content.

Audiences must also become better aware of the ubiquity of clickbaiting, sensationalism, fake news and misinformation.