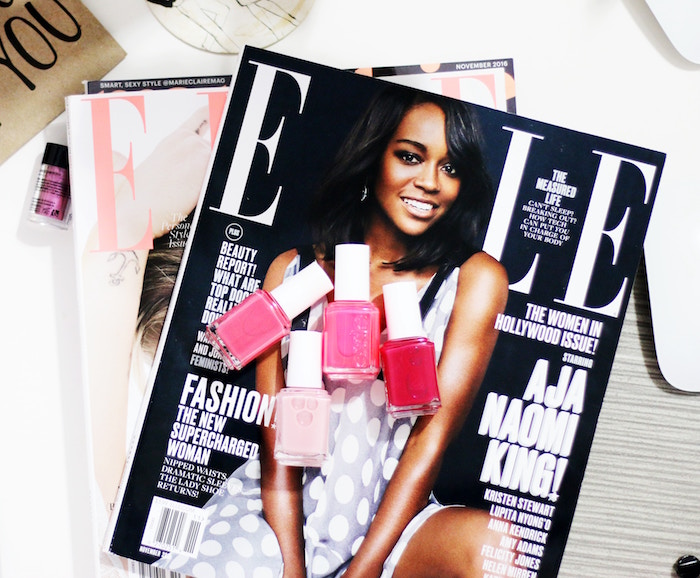 I found out about the final closure of Elle magazine in a Sowetan article. I had been the food editor — yes, I love both tech and eating — and was proud of what the team had achieved over the course of the previous year.

For most of that year editor Kelly Fung had done pretty much everything herself; with precious few resources, she worked tirelessly to scrape together a magazine that was not only beautiful but meaningful in the way it was trying to position itself in the SA market. Finally, a little  more than a month before it was announced that Ndalo Media  was in financial trouble, a cracking assistant editor was brought into the mix. We finally had a solid, rounded-out team and I was excited to see what we would achieve. But as of last week, Elle is no more.

The start of 2019 has been rough for people in the media industry, and we have only just hit February. Four magazines went down with Ndalo, and Associated Media has just gutted a nice chunk out of their mastheads. And this after Marie Claire in effect disappeared into the ether towards the end of 2018 after not having an actual editor for the past two years. How does one produce a magazine without an editor?

We are not the only ones feeling the burn. In the past two weeks there has been a similar culling in the US media and more than 2 100 people have lost their jobs. Although people often gleefully tell me that print is dead, it was the online outlets that accounted for the bulk of the retrenchments. Internet sensation BuzzFeed cut 15% of its workforce, 200 people, and closed several verticals and sections. According to CEO Jonah Peretti, BuzzFeed is “restructuring” so as to “focus in on the content that is working and achieve the right cost structure to support our multi-revenue model”.

It’s a move echoed by television and online liberal darling Vice Media, which is seeking to “decrease spending and increase profitability” by laying off 10% of its staff on February 1. A spokesperson from Verizon, which owns Huffington Post and Yahoo, announced that 800 members of staff — including Pulitzer Prize finalist Jason Cherkis — had been “let go” because it’s “investing its talents and resources to areas that have high audience engagement, differentiation and are poised for growth at a time when our mission means more than ever”.

So if print is dead and even the biggest names in digital media are “restructuring”, where will the media be in 10 years? It’s hard to say. It’s true that there has been a long, slow decline of print media as advertisers and readers shifted their focus to digital platforms. The high cost of print advertising built up through the golden age decades of print media doesn’t seem to stand much of a chance against its cheaper digital counterpart.

What started as a nice-to-have add-on to an advertising campaign has remained,  relatively, cheap  despite the shift of the consumers’ focus. It’s easy enough for the old media guard to blame digital for their downfall as they fumble to make up lost ground, but nowadays the reality is not so simple.

People haven’t stopped consuming news, but the way they are doing it is ever-changing, and they want to do it on the cheap.  Other culprits often blamed for the decline of serious journalism, blogs, have morphed from over-long URLs such as “ihaveanopinion.blogspot.com” to pithy yet beautiful Instagram posts and Facebook updates. And that is where the problem lies.

“[These rapid-fire layoff’s aren’t] happening because of market inefficiencies or consumer preferences or social value,” HuffPost senior reporter Zach Carter tweeted. “It’s happening because two very large companies have taken the advertising revenue that journalism outlets rely on and replaced it with nothing.”

According to a paper published by the Pew Research Center, 68% of Americans now get their news on social media. And one can imagine that SA does not fare much better. The report also found that 57% of social media news consumers expect their news to be inaccurate, a percentage that jumps to 72% for Republican voters. That’s understandable given that Facebook in particular has by and large been the biggest perpetrator of fake news.

It had a heavy hand in Pizza Gate, a mass shooting caused by the “news” that Hilary Clinton and other senior Democrat Party officials had formed a child sex and human trafficking ring at a Comet Ping Pong pizza parlour. And the UN concluded that it was the main spreader of hate against the Rohingya people in Myanmar, leading to their mass exodus and possible genocide. UN investigator Yanghee Lee went so far as to state that “Facebook has now turned into a beast”, calling the social media site a vehicle for “acrimony, dissension and conflict”.

Death of journalism by algorithm

And yet Facebook reported revenues of almost $17 billion for the last quarter of 2018, while news outlets are dropping like flies. And it’s mostly thanks to the site’s advertising positioning. Facebook and Google’s monopolisation of digital ad revenues is due to the amount of data the companies are able to collect and control. This is made all the more daunting by Facebook’s plans for a messenger service that bridges Messenger, WhatsApp and Instagram to create a nightmarish hybridised data superhighway.

All this data allows the mega companies to be highly calculated in their advertising positioning, so brands can align their products more effectively. Essentially, the death of journalism won’t be brought about by screens but by algorithms.

Or as the Guardian, which begs ever so politely at the bottom of each article for public contributions, put it: “It was not the deliberate intention of Google, Facebook and Twitter to drain the advertising pool that supported journalism, but they did not particularly care whether publishers survived.” 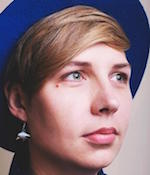 Sylvia McKeown (@SlyMcK) is a Business Day tech columnist and editor of the Sunday Times Food Newsletter. She also writes about tech and food for the Financial Mail and Wanted Magazine.