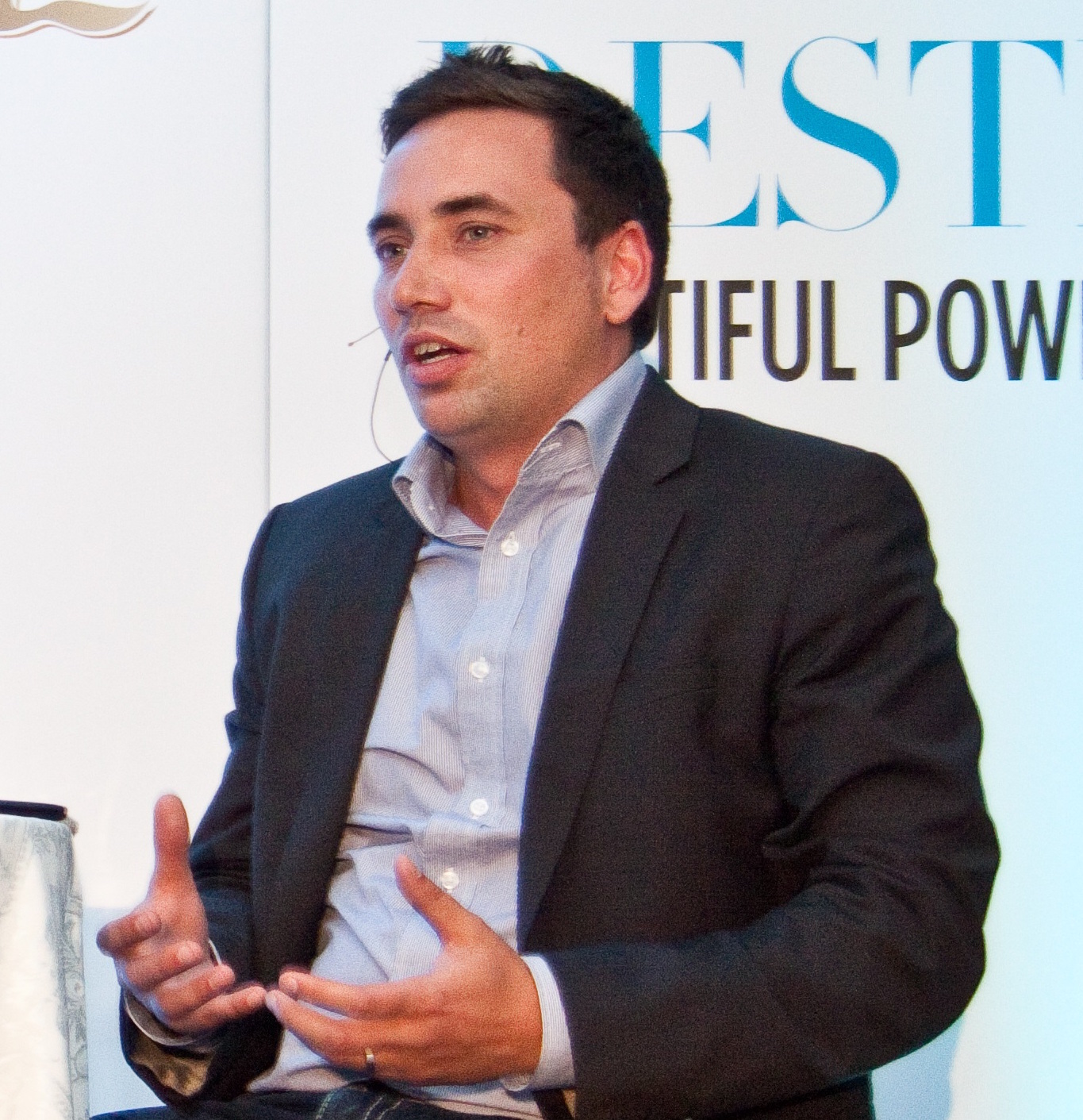 The news that digital pioneer and all round good guy Matthew Buckland had just died from cancer at the tender age of 45 struck a nerve with South Africa’s media industry.

After The Media Online posted the news early on Tuesday morning, having confirmed it with Matt’s cousin by marriage, Grant Pringle, it wasn’t too long before #RIPMatthewBuckland started trending on Twitter. The outpouring of grief at the news highlighted just how cherished Matt was, and what a pivotal role he played in South Africa’s digital world.

But he was so much more than an entrepreneur and media man. He gave of his time to the industry, and to the people who worked in it, tirelessly spreading the benefits of his knowledge for the good of the digital media world. Before launching his own company, Creative Spark, in 2010 (he sold it to M&C Saatchi in 2015), he worked at the Mail & Guardian and was instrumental in setting up its Thought Leader platform. He went on to work at Naspers’ 24.com, and played an enormous role in the multinational media fund Media Development Investment Fund. The MDIF is now the major shareholder in the M&G, working as it does by making financial investments and giving strategy assistance to media companies.

On a personal level, Matt and his talented young team (including Melissa Chetty and Chris Conradie), working out of a tiny office in Hope Street, developed the new The Media Online site back in late 2010 and early 2011. They took me, an experienced journalist but a novice online editor, under their collective wing, and taught me how to work in the digital media world. He was never further away than a phone call, offering advice and strategic insights, and never made be feel like the novice I was at the time. Prior to that, he was a columnist for The Media print magazine too, keeping readers abreast with what they needed to know about this brave new world.

Just days before he died, Matt tweeted that he’d finished his book. We’re looking forward to reading it.

Final proofs for the book have just arrived… so exciting

From all of us at Wag the Dog, condolences to Matt’s wife, Bridget, and their daughters, as well as to the Buckland family.

We have compiled tributes to Matt.

Grant Pringle, digital account manager, Mediamark: RIP Matthew Buckland, may your soul forever rest in peace. I was proud to have you part of the family, and one who sure played a great role and positive influence in my life. Condolences to Bridget, her two kids and the rest of the family. For those of you who don’t know, Matthew was the founder of Creative Spark and Burn Media (Memeburn, Gearburn, Ventureburn) and the ex general manager of the Mail & Guardian, who played a massive role in the digital media landscape. RIP Matt.

Sandra Gordon, publisher of The Media Online and The Media: A no nonsense entrepreneur, instrumental in the establishment of some of the earliest digital publishing brands. Matt wrote a column for The Media magazine on all things new and exciting in the media space from 2003 to 2005. Then when he launched Creative Spark, he nurtured The Media Online and our editor Glenda, during its early stages of development. Go well Matt, we owe you big time.

Melissa Chetty, managing director, Curious Tree: “I always have time for you Mel!”

That was one of the many things I remember and cherish about Matt. Despite his incredibly busy days and all the stress he went through, when I’d pop my head into his office and ask for a few minutes, he’d look up and tell me to come and chat, he always made time. When I relocated to open up the Joburg office, he was the one person I could call at any time – even after some heated arguments! He was quick to own up and apologise, and he led by example.

Matt was one of those very few people in the industry who gave ‘outsiders’ like me a seat at the table. He pushed us all to do better, and he pushed us to demand more from ourselves. I could say that I worked myself up the ladder, but the truth is I would’ve never reached those career highs without him pushing me to succeed and creating those opportunities for me to grow. He made room for us newbies, and then he pushed us to the front! He was a true digital pioneer, a wonderful mentor and one of the kindest people I’ve ever known.

Chris Roper, deputy director, Code for Africa: Matthew was that rare breed of internet evangelist – intensely passionate about its potential, but also ruthlessly pragmatic about what was possible. I first met him in around 2001, when he was debating whether to join the Mail & Guardian as digital general manager. Thankfully, he did, and his blend of tech knowhow and editorial savvy came to define the brand, as well as set the standards for reputable digital news.

Jude Mathurine Lecturer: Media & Communication at NMU: Matt Buckland was more of a professional acquaintance than a friend but someone whose input and work I valued highly and was a true inspiration. It was nearly impossible to avoid Matt if you were involved in new media in the noughties. I remember him at SANEF from his days on the Digital (Online) Sub-Committee and through his work at M&G Online, ThoughtLeader and Amatomu which remain ground-breaking projects. I thought, and still believe, that his team established benchmarks for excellence in online editing which today’s explosion of young digital editors would do well to learn (and that I still teach).

He was the go-to guy for applied insight and fresh thinking in new media that kept him in great demand.  He would often be invited to our events when I worked at the Konrad Adenauer Foundation. I remember conferences in Mozambique and Kenya – some of his first forays onto the continent. Years before VentureBurn. I remember sparring with him about Internet development and digital audience growth as a result of digital divides and chairing his Highway Africa panel with the father of Citizen Journalism.

I remember drinks at Rat and Parrot. I remember him being ever accessible and wise when I needed guidance at the New Media Lab. He had a generosity of spirit despite a crazy schedule. When I saw him last year, he hinted at some big new projects on the horizon including a book that he had signed off days before he passed. It will be his professional legacy. He still had big dreams for South African digital media. Other people called him a digital rock star, but as a star, he burned brightly. My condolences to Bridget and his daughters, Andrew, Janet and Daniel.

Greg Gordon, former tech correspondent at The Sunday Times: Matt and I used to bump into each other at tech events and at the M&G when he worked there. When he launched his own business about a decade ago I interviewed him and other media tech entrepreneurs. Matt was focused and confident. He was absolutely sure traditional media had little future and was convinced of the opportunities in the emerging digital space. He understood new media in South Africa and helped shape it. More importantly, as an entrepreneur, he discovered how to make a business success out of it.

Josephine Buys, CEO of the Publisher Research Council: I’m heartsore. Always able to see the opportunity in any challenge, Matthew was a trailblazing visionary who gave so willingly of his time and talent time to guide so many of us in navigating the new world of media. It was my privilege to award him the “Best Individual Contribution to Digital” at Bookmarks in March 2017. He once described one of his greatest privileges was developing young talent. We’ve lost a legend, but not his everlasting legacy.

Jannie Momberg, digital media consultant: I’ve known Matt since the early 2000s when I was working at News24 and he was the general manager at the M&G online. We also worked together at 24.com for a couple of years when Matt started 24.com‘s 20FourLabs initiative in 2008.

The digital publishing space around the millennium was fairly small in South Africa. Although Matt and I worked for competing companies, everyone in online journalism shared a joint vision to make digital more accepted in the media mainstream.

Matt had a way of explaining the benefits and possibilities of the digital world that few people had. He could explain this new world in a non-condescending way which pulled people in as opposed to frightening them off.

He made print sceptics into digital believers.

His time at the M&G newspaper coincided with the height of the print industry and the start of its decline. There was no better conduit from the old world to the new.

Although he went on to start the Burn Media Group and became a big proponent of the local start-up scene, for me Matthew Buckland will always be remembered as one of the founders of digital media in South Africa.

On a personal level Matt was easy-going and one of the friendliest people you could meet. I am shocked and saddened by the news of his passing.

My thoughts are with his family during this difficult time.

Lisa Johnston, Stone Soup PR: Many people talk of Matt as a successful pioneer, entrepreneur and mentor, but It’s funny the things that stick in your mind. When I think about him, I see this constantly smiling, goofy varsity student who once made me the worst meal of my life – curried tuna, warmed in a pot with tomato and onion mix served on a slab of pasta. Followed by cheap instant coffee and long-life cream. It was awful, but prepared with so much zeal, it had to be enjoyed.

The day before I heard about Matt’s passing, I was listening  to a podcast which claimed that the true measures of success lie in achieving peace and happiness. Reading the reams of tributes that testify to his sharp mind and business acumen, there’s no doubt that Matt was an enormous success in the traditional sense. But, more importantly (in my mind anyway), it’s in seeing the beautiful images of Matthew with his wife Bridget and daughters Izzy and Stella – travelling the world, cycling and spending time with friends and family in beautiful South Africa – that I recognise the measures of a man who achieved the true success of a life well lived. Goodbye dear Matt, there’s no doubt that you made your mark.

Devastating news that @matthewbuckland has passed away from cancer. A prime mover in South Africa's digital media sector, a man who taught so many so much. Not least us @MediaTMO, giving @glendaN her first lessons in content management. #RIPMatthewBuckland. Please DM tributes.

In remembrance of him, here’s a clip of Matt Buckland talking about his initial approach to Creative Spark, courtesy of Quintessential ZA: