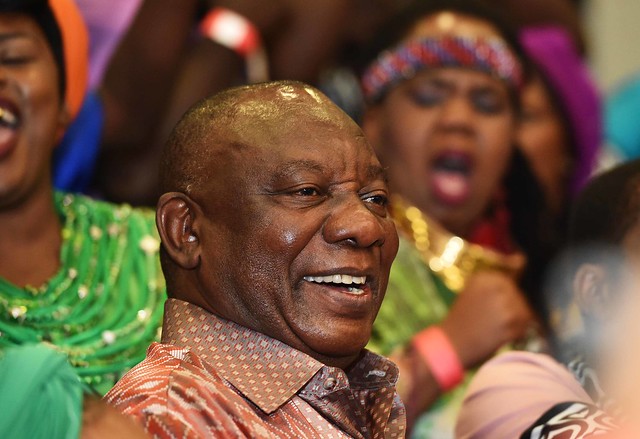 
The media will play a crucial role in the upcoming general elections, and not just from a journalism perspective.

Commercial media thrives when the economy is growing and consumers are confident and spending. That is at least in part a function of politics. A good election outcome could well set the scene for a more positive economic outlook.

We are not in a good place as a country. The economy is in serious trouble, with economic growth stagnant at best. South Africans are, on average, getting poorer, and have been for seven years. Unemployment is continuing its year-by-year growth, now at 26.7%, but at 38.2% among those aged 15-35. Many more have given up even trying to find a job.

In this economic environment it is no surprise that our politics has become angry and fractious. Calls for radical economic transformation and expropriation without compensation are easy to make when you have no job or prospect of one. The unemployed are a growing and angry constituency that is in search of a political home where they may be offered some hope of a brighter economic future and perhaps even redress for the deprivation they are suffering now.

It is at times like these that the media must play a crucial role in helping the public to navigate competing and angry messages. Yet the same cause of populist anger – a very weak economy – also affects the media industry.

Ultimately, the media is a function of consumer spending. The more there is to spend, the more advertising money is available to attract that spend. Given that consumers are feeling the economic pain, spending is down.

The battle will be to convince advertisers to spend, and to choose traditional media outlets when doing so. The competition from social media giants like Facebook, and Google for advertising spend is intense, even though advertising on those mediums means money is flowing out of South Africa.

The FNB/BER Consumer Confidence Index has been on a steady downward trajectory since 2011 when our economic fortunes turned, with one exception. There was a sharp rebound in the first quarter of 2018, when Cyril Ramaphosa was elected president. But that rebound has mostly been lost as the reality of the serious problems besetting the economy set in.

Eskom is gradually getting worse, with load shedding back and its financial position continuing to deteriorate, imperilling the whole state. The last investment grade rating that government enjoys, from Moodys, is perilously close to being lost, which would lead to a sharp increase in the cost of government’s borrowing, effectively diverting money to servicing debt instead of spending on infrastructure and social programmes.

Advertisers battening down the hatches

Advertisers, naturally enough, are battening down the hatches and trying to reduce expenditure to protect their businesses. Yet, it is precisely the time when media companies are most vitally needed to fulfil their role in defending democracy through the news function the media must play.

Interestingly, however, a new business model arose as the battles waged. The phenomenon of the independent, non-profit investigative journalism outfit first came to South Africa with amaBhungane, the impressive group of journalists who have been at the forefront of much of the reporting during the state capture nightmare.

The Daily Maverick and its Scorpio investigative unit have adopted something like this model, though Daily Maverick remains a for-profit company. The public can make donations to support this media entity, though it provides little transparency on its financial information or its ownership structure.

Other publishing houses I know have also considered establishing investigative teams within foundations or some other non-profit structure, through which their costs can be supported by the public.

Such was the climate during the Zuma years, when the public was willing to open their wallets to support journalists, one of the key institutions in the fight against corruption.

Media will play a crucial role in elections

Media professionals have obviously noted the implications for the economics of the industry. If the public is willing to fund investigative journalism, let them. It has the added benefit of providing a layer of independence to those journalists who would report to a set of non-profit trustees that can prioritise quality journalism over commercial needs.

Though I am not convinced the trend will hold. With the fall of Zuma, many people may have thought the job was done and the need to fund journalists was over. I have noticed an increase in calls for donations on Twitter, which suggests that the volumes of donations have declined. Perhaps it is the commercial model of news that is more sustainable.

We have a general election coming up in May. The media will play a crucial role, and already parties are contesting media coverage and demanding it be done in ways that suit their electioneering. This will increase pressure on journalists and media owners, as politicians will be impossible to please. Given the highly fractious political environment we are in, public criticism of journalists will be commonplace.

For commercial media houses, this may represent an opportunity to return to something of a norm, when the public appetite for news increases and audiences can be built and sold to advertisers. The battle will be to convince those advertisers to spend, and to choose traditional media outlets when doing so. The competition from social media giants like Facebook, and Google for advertising spend is intense, even though advertising on those mediums means money is flowing out of South Africa.

Commercial media thrives when the economy is growing and consumers are confident and spending. That is at least in part a function of politics. A good election outcome could well set the scene for a more positive economic outlook. The Ramaphoria bump in consumer confidence in the first quarter shows how politics can have a rapid impact. Let’s all hope that the election provides another one, though this time more sustainable. 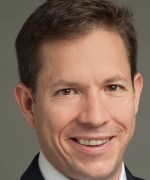 Stuart Theobald [@rationalhill]  is co-founder and chairman of Intellidex and former news editor of Financial Mail. He has 18 years’ experience covering financial services across Africa, first as a financial journalist and later as a financial analyst. As a journalist he received multiple awards for his investigative work on banks and the financial markets. As an analyst his work ranges from equity analysis to political analysis.