LATEST NEWS
Home News How to take on the dark forces: A user’s guide to combating disinformation

How to take on the dark forces: A user’s guide to combating disinformation 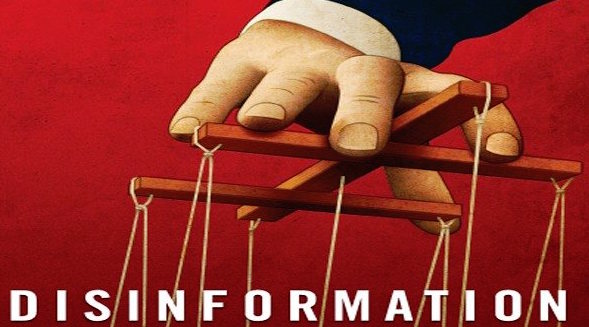 Disinformation definition: False, inaccurate or misleading information designed, presented and promoted to intentionally cause public harm. Harm in this regard may include disrupting or preventing the 8 May 2019 elections.

Disinformation is an increasing problem not just because we don’t know the scale of it in South Africa, but also because it poses a fundamental threat to our democracy. It needs to be fought across a range of parameters and from different angles.

The good news is that much of it is being taken on. Journalism, and good journalism, in particular, is one of the most obvious defences against disinformation precisely because, at its core, journalism is about informing people in a balanced, fair and accurate manner. Accordingly, the role of our news media cannot be underestimated, despite its faults.

The social media platforms of Google, Facebook and Twitter as the purveyors of good and evil and everything in between, are being placed under significant pressure with threats of regulation that is causing an action to be taken.

Independent civil society bodies are working with platforms to act and expose networks. Entities such as Africa Check help promote accuracy, while people like Ben Nimmo spend their time watching social media in the run-up to elections, looking for patterns which can expose people up to no good.

At Media Monitoring Africa (MMA), we are working with social media platforms. We recently ensured that networks of Twitter bots up to mischief were removed, along with others which were actively spreading disinformation.

MMA is also working with the Independent Electoral Commission (IEC) on a world-first platform, Real411.org.za, that will allow people to complain about instances of disinformation — and there are other such initiatives in the pipeline. The public will soon be able to look up campaign adverts to see if the ad they are looking at is really from a political party or is an impostor. These are all critical in the fight against those want to destabilise democracy.

But one of the biggest and most critical resources is the public — and this is where we need to ensure we build far greater momentum.

The public is vital because it is the people who choose or allow a government to act on their behalf through Parliament or rule them as dictators. We’ve just been through human rights month. This is important because rights really do matter and it is in seeking their realisation and protection that we move from disempowered mannequins to active members of the public.

For all our faults, we will soon have elections, where you might be revolted by the options before you. But with 48 parties, surely one might jingle your bells sufficiently for your X? The beauty is that we have 48 options, and nobody can force you to vote for anyone you don’t want to.

We have reason to be optimistic that our election process itself will be free, fair and independent. That’s pretty special and not something many countries in the world can claim.

As much as we will get some basics right, the environment is precarious, tensions are running high between and within parties, the public, corporations and government. It used to be that death and taxes were the only certainties in life — we now have a new one, which is “a simmering anger at Eskom” which has simply added to an already tense situation.

To make matters worse, we will have to endure all manner of smarmy politicians acting as if they care (apologies to the five that actually do) and whose sole purpose is to get us to vote for them.

What does all this have to do with disinformation and the public? Well, quite a lot, actually, because they will use all manner of tricks and devices, from offering rewards to using agents to attract attention to their silver-tongued techniques. The lines between spin, bias, propaganda, misinformation and disinformation will be muddied and in many cases obliterated.

Many of those wooing us for our vote will see these issues less as having clear distinctions and more as a way of sowing doubt and confusion — and trading on our fears. Facts will be moulded to alternative truths. Just look at the xenophobic twaddle being trotted out by some of the parties already: Like their international scaremonger, President Donald Trump, the messages trade on fear with scant regard for evidence and research.

But here’s the thing: We know that this is what they are going to do.

Like political parties the world over, come elections most politicians would sell their grandmother for a vote. So we need to use the fact that most will be utterly predictable. We also know that while they may talk nonsense, it isn’t necessarily disinformation.

But here is where the value and power of the public in combating disinformation comes in. If people apply a good dose of scepticism to everything that politicians say, along with some other tools of understanding disinformation and how it works, they can combat it in their daily lives. If one person can stop sharing bad stuff, they can help their family and friends do the same, and soon the disinformation networks will be interrupted. The disinformation peddler’s biggest weakness is that he or she assumes people are stupid and gullible.

As those who have the power play us, let’s turn the tables and play them. Here are a few games to play with friends or on your own:

Game One: Politicians are Predictable — Whose Line is it Anyway?

We know in most cases what politicians will say or do before they say it. If they go to an informal settlement, they will talk about how they will fix the situation and either build houses, or stop the evil government, or evil capitalists or evil socialists and so on. The spin might be different but we know what they are going to say.

So use this to play the politicians’ predictable game: When you read a story about a party see if you can predict what they will say based on who they are and what they stand for.

For example: Following a party’s provincial launch? Guess what themes they will play on. If it’s the EFF they are likely to talk land and jobs; if it’s the ANC they will talk renewal and working together; if it’s the DA they may just highlight how rubbish the ANC is and so on. You get five points for each correct theme and 10 points for a phrase if the party member says it.

If they come up with social justice issues you lose a point (like actually talking about how to combat gender-based violence, or how they will put children first). For advanced play, reduce the points for common ones such as fighting corruption.

Why is this game useful? Because the more you play the better you will be at discerning party discourse. It also means the less likely you will be to fall for a Tweet or Facebook post that has something fundamentally at odds with what the party says — or if it is well-executed disinformation, it might sound closer to something the party might actually say — but the giveaway will likely be that it will be outrageous and will make you angry or fearful as you read it. If it does that, check it against official sources.

Another giveaway of disinformation is the language used. So have a look at what words or phrases are used and ask what they intend to spread and achieve. More often than not the spin on terms is rooted in reality.

Currently, we have “load shedding” and “accounting irregularities”. The terms seek to mask what is really going on: Power cuts and grand scale-theft and corruption. It isn’t that load shedding is made up — indeed we know “load shedding” to be more than spin; it has disrupted our ability to function, messed up routines and reduced productivity.

In the case of “accounting irregularities”, it seems these are applied only to white people involved in white-collar crime. Aside from the racist dimensions, the terms are symptomatic of efforts by those in power to deflect and divert public attention.

So look out for common terms and phrases, and how they are used. “EWC”, or “Expropriation Without Compensation” is a catchphrase for a complex set of ideas and issues surrounding the land question. Look at when it is used and by whom, and what they are implying when they use it.

‘Stratcom’ is another term used to refer to journalists, or people in the media who are accused of being former apartheid agents. Often it is used to discredit and deflect attention from another, bigger issue. To play this game, ask some colleagues at the office to think of the most common phrases they can think of that they have seen on social media or uttered by political parties.

If they aren’t sure, ask them to scan the account of a few political parties then come back together and write the 10 most popular phrases on a board. The aim is to be the first to get to five of the same phrases, then jump up and shout “Bull Bingo”! Then send us the results.

The game is useful because, in addition to building scepticism, it will help you build up your own lexicon of common Bull Bingo terms that are used to overtly deflect or shift focus.

Even if you only play these games by yourself, what you will find is that you have a greater awareness of the language and common terms used to persuade.

These may be just politicking, but they will also help you spot disinformation. If you want to learn more go to //Rover.directory and download the RoveR app, where you can train yourself on spotting real vs rubbish news, test your skills and then also rate stories, but also check if they are from a real or rubbish site.

Let us know how you go.