LATEST NEWS
Home News Media Mecca #MediaEntrepreneur: ‘Data is only valuable once you have interpreted it’

#MediaEntrepreneur: ‘Data is only valuable once you have interpreted it’

Posted By: Glenda Nevillon: May 15, 2019In: Media Mecca
Print Email 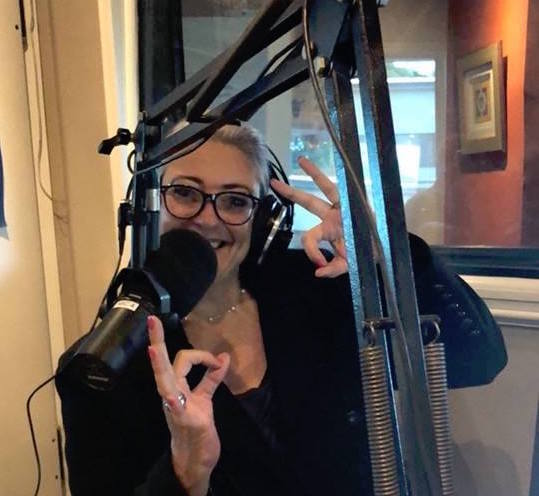 Tonya Khoury is the founder of Acumen Media, a media monitoring and intelligence outfit that uses powerful artificial intelligence and neural learning software to track and interpret media coverage and its sentiment, as well as the volume of traffic and conversation generated. It measures ad spend against PR spend, giving accurate information on marketing campaigns. If there’s a crisis, the system tracks virality and can identify influencers that could protect a brand.

Once a week, Khoury issues a ‘media hit parade’, a fascinating report that covers seven days of social media action in South Africa, identifying the biggest stories, the loudest conversations and the sentiment South Africans experience. For example, the appalling IAAF ruling against Caster Semenya: “The #IAAF ruling on #CasterSemenya left SA social media shocked and more determined to stand by Semenya than ever before.” Then there was the Steve Hofmeyr issue: “#Multichoice took a step to #MuteSteveHofmeyr and SA rejoiced for the most part”. And then there was the old South African flag: #AfriForum took on the #MandelaFoundation this week as the foundation tried to ban the #OldSAFlag, this is the biggest negative net sentiment as SA accoladed the Foundation’s attempt”.

Hers is a modern business for a data-led age, on the cutting edge of analysis and interpretation, vital to brands and organisations who simply need to know.

1. Why did you decide to branch out with your own business/venture, rather than work for companies or corporates?

I’ve been an entrepreneur for almost 20 years, I am simply unemployable ?. I can’t deal with red tape; when I want to do something, I do it. The one thing that is nice about a corporate is that you are guaranteed to get paid on time at month end, I let go of that luxury two decades ago.

2. Give us a brief history of your media venture? What gave you the idea? How did it begin, and how has your business journey unfolded?

I walked into Newsclip 23 years ago and I fell in love with the media monitoring and measurement industry. I couldn’t believe the impact journalists and the media makes on a brand. The push for me was knowing that the market wanted something more, and I believed I could do that. I ventured out into the first black empowered media monitoring company in the early 2000s and I’ve never looked back. I’ve pioneered, including all media into one place by integrating international and local systems and people successfully. Today I’m more focused on what data means and how one can apply that to strategy. Data is only valuable once you have interpreted it.

3. What challenges did you face as a media entrepreneur and how did you overcome them?

Cash flow kills most small businesses and sadly funding comes at a shocking premium, you are unlikely to get banks to back a venture of this nature, which leaves only venture capitalists, and that is quite a traumatic road to walk. I’ve learnt that to work independently is an absolute treasure. Being able to pay consultants rather than staff is also a big jump for the better.

4. Has there been a moment of success that has really stood out for you and that is your favourite on your journey? To what do you attribute your success?

The day Oscar Pistorius came to trial, my name was in every paper and on every news bulletin as media monitoring was applied to the biggest story in the world. Making the industry a household name is one of my greatest achievements and has changed my career for the better.

5. What characteristics do you think make a successful media entrepreneur?

Staying power, a thick skin and a passion that is relentless. You’ll get hit more times than you win, but stay in the ring!

6. Your advice to young media entrepreneurs or those looking to start new media businesses?

Firstly, make sure you have cash in the bank, preferably six months worth, but if you’re brave three months. Secondly, be prepared to work much harder than you would at a regular job, literally a seven day week. Finally, expect a huge reward when it does pay off; there is no better feeling in the world.

7. What next from you and your media company/venture? What can people expect? Exciting upcoming projects?

We are in the process of integrating print and broadcast into our current analytics, we have recently also ventured into media sales by joining forces with Tom London to produce niched content.

8. What needs to happen to encourage more media entrepreneurs, and not just that, help them stay the course?

I’m so passionate about this topic! Corporates and government departments should pay entrepreneurs within a two week period, it is unacceptable that the little guys need to carry the big names. We need to upskill entrepreneurs, basic skills in bookkeeping and marketing would help this market immensely.

I work with NGOs and civil society to make an impact in our country; I love to help new entrepreneurs with business plans and financial projections as many do not have this skill.

10. What quote or passage do you think encapsulates you and your approach to business and success?