LATEST NEWS
Home Press Newspapers Who do you believe?

Who do you believe? 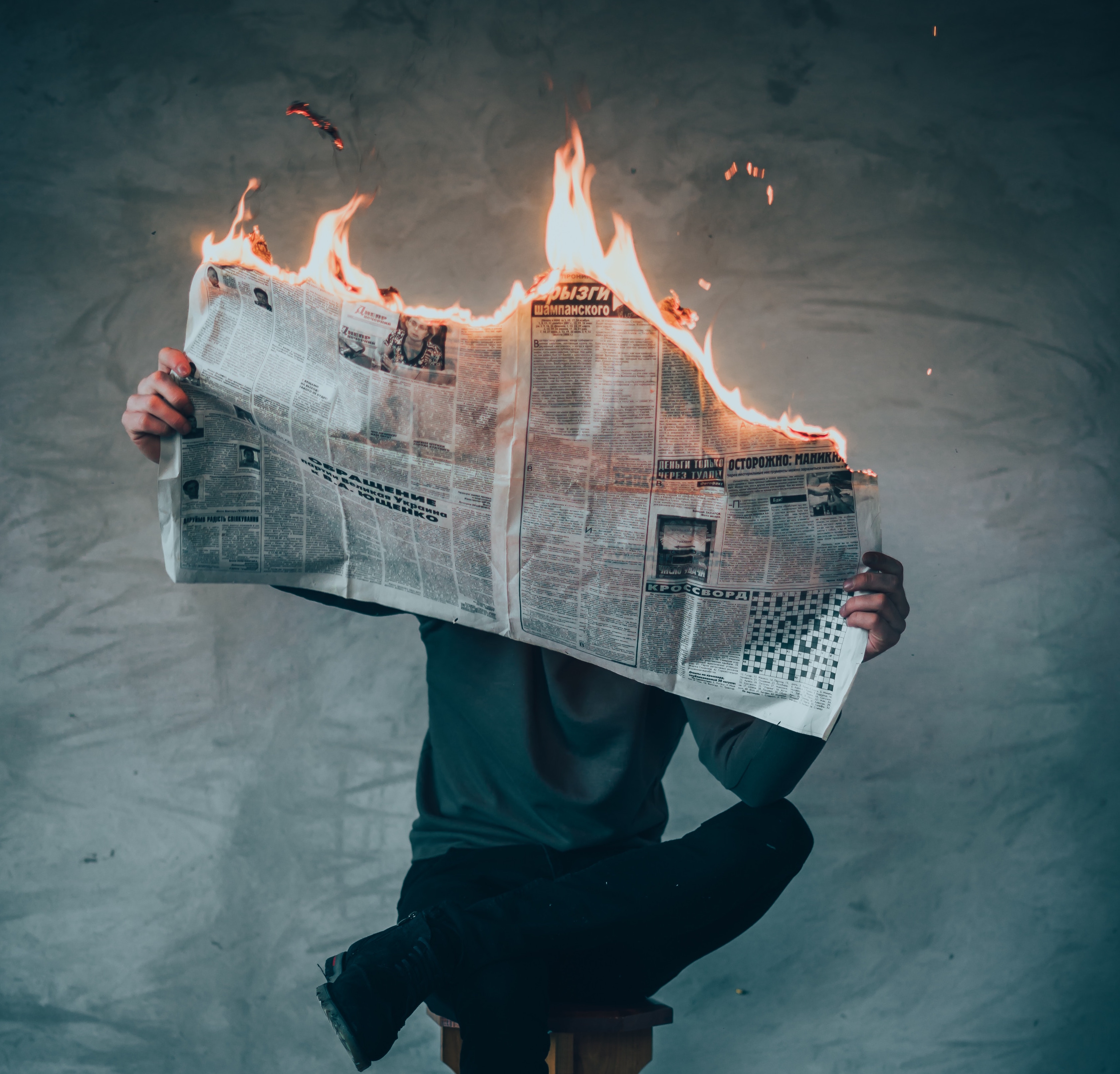 Within weeks noseweek had pointed out various glaringly obvious errors in the Sunday Times article and questioned the motives of its sources. ~  No police ‘death squad’ noseweek 1/3/2014

This manipulation and fake news presented by Sunday Times, Financial Mail and Business Day can be regarded as part of a deep rotten culture. ~ Dr Iqbal Survé IOL 19/10/2018

[COMMENT] The debate between Marianne Thamm of Daily Maverick and Dr Iqbal Survé’s new recruits, Piet Rampedi and Mzilikazi Wa Afrika, can be summed up in a single word: Credibility.

Or to put it differently: Who do you believe?

Joubert, as a principled single mother without other employment in prospect, saw fit to give up a secure job, so troubled was she about the malevolent reporting ethos at the Sunday Times.

So who do you believe – Welz, Pauw, Joubert, Zibi and now Marianne Thamm, or Piet Rampedi and Mzilikazi wa Afrika, who have now joined forces with Iqbal Survé to form what is called the ‘Independent Media Investigations Unit’?

In the past, Survé has accused the Mail & Guardian of being a front for the CIA, Biznews of being the local equivalent of Bell Pottinger, Naspers as being journalism’s equivalent of the Heart of Darkness and, in October last year he criticised the reporting of Wa Afrika and Rampedi as evidence of Tiso Blackstar’s “deep rotten culture”.

Why then, in what is manifestly an act of huge hypocrisy, has he seen fit to employ the very people whose reporting he had previously characterised as “rotten”?

I believe it is an act of desperation by someone running out of options, someone who needs a counter to the increasing evidence of malfeasance at the Public Investment Corporation commission which is being revealed at the Lex Mpati commission.

Cape Town’s small media community was thus startled but not surprised when, on 2 April, an article defending Survé and written by Rampedi appeared on the front pages of Independent newspapers throughout the country.

So what brought about Rampedi’s migration into the orbit of the man Helen Zille says put “news manipulation on steroids”?

To understand that you have to read what the former Cape Times political reporter Dougie Oakes says of the former confidante and business associate of Brett Kebble, the man who allegedly treated Nelson Mandela ‘on and off’ the island, whose sports psychology by osmosis allegedly enabled the Springboks to win the 1995 Rugby World Cup and an avid Zuma faction supporter:

Survé’s problem is his ego – and his loyalty to those who stroke it for him.

No one can tell him anything because he believes he knows everything.

He loves being fawned over. “Thanks for helping to liberate us twice, Doc,” was a praise-song I heard repeatedly from one person – and it wasn’t Adri de Wet Senekal, who columnist and blogger Chris Roper referred to a few days ago as Survé’s ‘attack poodle’.

In the quoted section above, Oakes was referring to Cape Times editor Aneez Salie but it is interesting to see how Adri Senekal de Wet came to be employed by Survé and to show the commonalities with Rampedi’s case.

De Wet was employed after writing a cloying panegyric to the Great Man – see here – and Rampedi has successfully used the same tactic – see here.

But there is another reason why Survé clearly feels that Rampedi as a ‘deep rotten culture’ proponent will be a good fit for the Sekunjalo Independent Media which he has ‘transformed’ into insolvency.

Survé has never been coy about his antipathy towards white people – in a speech at UCT on 7 April 2015 he called for a purge of the white academic and administrative leadership of the university – but it was most striking during his testimony before the Lex Mpati commission of inquiry into irregularities at the Public Investment Corporation.

On page 72 of his transcribed testimony he declares:

So pervasive in his under-oath testimony was his obvious and repeatedly-expressed loathing of white people that commissioner Gill Marcus called upon him to stop using the commission as a platform for such views.

This ethnic antipathy is equally pervasive in the reporting of Piet Rampedi – see here and here.

In the definitive article on the people behind that fake news era at the Sunday Times, Jacques Pauw says of Rampedi:

Rampedi started a newspaper called the African Times and has ever since raved like a wounded animal about “white racist monopoly capital”.

The fact that then communications minister Faith Muthambi – a mampara of prodigious proportions and a Zuma acolyte – congratulated Rampedi on the launch of the paper, says everything. Not long after the first edition, the press ombudsman ordered Rampedi to apologise to Pillay about yet another invented tirade.

‘No longer do we serve primarily the descendants of the English colonists.

‘We are humbled and deeply grateful that you the readers warmed to this approach with loyal support, rejecting calls for a boycott by those colonial, unrepentant racists who once prostituted the Cape Times for their narrow political ends.’

Ironically, Survé and Salie constantly claim to be admirers of Nelson Mandela while routinely abusing their media reach and influence to negate one of his core ideals – bridging the ethnic divide and nation building through reconciliation.

Now, not only is Sekunjalo Independent Media losing millions of rands every year but it is haemorrhaging staff who fear an impending financial implosion and are desperate to escape what I call the ‘Sekunjalo Stench’.

Furthermore, Carlo Petersen, the Cape Times reporter who spearheaded an appalling campaign against UCT Vice Chancellor Dr Max Price has also left Iqbal Survé’s employ. He has told former colleagues that he now regrets his role in the above-mentioned abuse of media influence and power which, at UCT, had such tragic consequences.

Last year three editor-level employees, Chiara Carter, Gasant Abarder and Yunus Kemp resigned within a few weeks of each other.

There are, accordingly, very few media practitioners of consequence left in Sekunjalo Independent Media which, in four years, has had its intellectual heart ripped out by Survé.

So why would Rampedi and Wa Afrika join someone who has, to an extreme extent, trampled on ethical journalism in this country? What seems likely is that they were unemployed and nobody else would hire them.

So was Survé not being disingenuous when he told the Mpati commission that he was personally financing the continued existence of the Indy newspapers because he could not bear the thought of his staff being unemployed?

In all of this, Jovial ‘Tough Love’ Rantao who, as President of the African Editor’s Forum, ‘vowed to work to ensure that editors and journalists would continue to do their jobs ethically’, has maintained a strategic and complicit silence – probably not wanting to suffer the same fate as Wally Mbhele and Alide Dasnois.

As Marianne Thamm puts it in her Daily Maverick article:

Many have suggested that the only way for Rampedi and Wa Afrika to defend their conduct at the Sunday Times was to appear at either the Nugent or the Zondo Commission. They have not taken up the challenge.

That Rampedi will thrive under the aegis of Dr Iqbal Survé and in a news environment where every effort is made to widen the ethnic divide, that Wa Afrika will burgeon in an environment where Fake News is ubiquitous, is beyond debate, but whether they will prosper is open to question and remains to be seen.

You might think that the hiring of Rampedi and Wa Afrika was a hypocritical aberration for man as saintly as Survé, but there is a pattern and an easily-traceable timeline here.

Ed Herbst is a veteran reporter.