Arctic genre-buster Fortitude will give you the chills 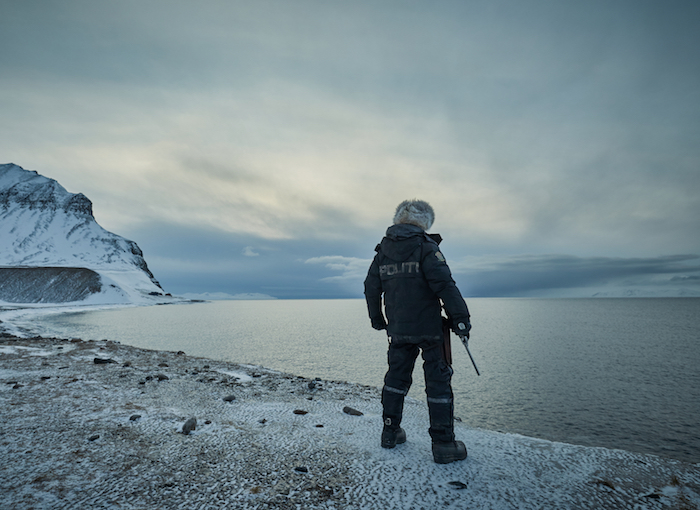 
[PRESS OFFICE] Richard Dormer, aka Beric Dondarrion in Game of Thrones, is back as sheriff Dan Anderssen in the third and final season of Fortitude, the genre-busting hit series now streaming first on Showmax in South Africa.

• All-star cast of British, US and European stars, including The Killing’s Sofie Gråbøl, Oscar nominee Stanley Tucci, Game of Thrones’ Richard Dormer, and many more…

• Set on the edge of the Arctic Circle, in a town where there’s never been a violent crime – til now

• ”I’d never had a nightmare in my life and I had three during filming.” Richard Dormer

• ”The most ambitious British television drama ever – in both tone and scale.” Sky

Perched on the edge of the Arctic Circle, Fortitude used to be one of the safest towns on Earth. At the start of Season 1, there had never been a violent crime here, although clearly that’s changed, since Season 3 picks up straight after another death, with the inhabitants of one of the most staggeringly beautiful places on Earth trying to piece their lives back together after multiple horrors.

Let’s just say that not everyone in the all-star ensemble cast of Oscar nominee Stanley Tucci (Spotlight, The Lovely Bones); Golden Globe nominees Dennis Quaid (The Day After Tomorrow, Far From Heaven) and Michael Gambon (aka Dumbledore in Harry Potter); BAFTA winners Sofie Gråbøl (The Killing), Darren Boyd (Killing Eve), and Ken Stott (aka Balin in The Hobbit); International Emmy winner Christopher Eccleston (The Leftovers, Doctor Who); and Game of Thrones’ favourite Michelle Fairley (aka Catelyn Stark) has survived the first two seasons.

“I was keen to find a place where I could set a dark, twisted thriller that was unlike any location we’d seen recently – and that took us right up into the Arctic Circle,” says BAFTA-nominated creator Simon Donald (Low Winter Sun, Wallander).  “We set it in a community where there’s a very small police force that is brilliant at search and rescue, but they’re not investigative detectives. So they’re trying to solve a crime without any of the routine choices that cops make in big city shows, where their responses to murder are driven by experience and tested procedures. Our cops don’t have any of that. And they’re in a small town with a population of 780, so they know everybody. They’re not used to investigating dark, hidden motivations in people they know well.”

“It’s a crime drama that mutates into something else, something darker and scarier,” says Dormer. “It is absolutely terrifying. It gave me nightmares, and that’s saying something. I’d never had a nightmare in my life and I had three during filming. There’s some pretty scary stuff and it wormed its way into my subconscious so at night-time it was really affecting me. We were all having weird dreams about it, because it gets under your skin, all of that.”

Donald modeled Fortitude after his research on small Arctic towns, some of which he discovered had astonishing rules. “You’re not allowed to be unemployed and you’re not allowed to stay there if you’ve no means of supporting yourself. If you’re caught with drugs or become too dependent on alcohol, you’re off the island because it’s such a dangerous environment. There’s no welfare system on the island at all, which means there’s very little maternal care and there is no palliative care at end of life, so you’re not allowed to give birth or die there. There’s very little crime. It’s a relatively high earning community because it’s in an extreme place – the rewards for working out there are higher than for the mainland equivalent. I’d never heard of anywhere like that before.”

Season 1 shot its interiors in London on 5,000 square feet of sets, built from scratch by Gemma Jackson, the production designer who had also created the world of Game of Thrones. For the exteriors of Fortitude, they chose Reyðafjörður, a 1000-person town on the east coast of Iceland. “The sense of absolute isolation was perfect,” says Patrick Spence, managing director of Fifty Fathoms Productions.

“Except, for the first time since records began, there was no snowfall – or snow on the ground – during the six weeks we were filming across the winter. So we had to bring snow to Iceland with us. From London. And re-lay it across our town and mountainsides, for take after take.” In later seasons, production moved to Bristol and Svalbard in Norway – Donald’s original inspiration for Fortitude.

While Fortitude starts off looking like a marriage made in heaven between Scandinavian noir and British crime dramas, it soon veers into the kind of horror territory that gave its cast nightmares.

“It’s a crime drama that mutates into something else, something darker and scarier,” says Dormer. “It is absolutely terrifying. It gave me nightmares, and that’s saying something. I’d never had a nightmare in my life and I had three during filming. There’s some pretty scary stuff and it wormed its way into my subconscious so at night-time it was really affecting me. We were all having weird dreams about it, because it gets under your skin, all of that.”

Directed by the likes of Emmy nominees Sam Miller (Luther) and Nick Hurran (Sherlock), BAFTA winners Hettie Macdonald (Hit & Miss) and Richard Laxton (Mum, Mrs Wilson), and Kieron Hawkes (Power), Fortitude has an 84% critics rating on Rotten Tomatoes, with Vox calling it “one of TV’s most propulsive, addictive shows,” The Observer “wholly immersive,” Empire “stunning and brilliantly acted” and Paste “the Arctic Twin Peaks you didn’t know you needed.” The series was nominated for BAFTA TV Craft Awards for Cinematography and Sound, among other accolades.

Fortitude lived up to Sky’s billing as “the most ambitious British television drama ever – in both tone and scale” by becoming a huge hit in the UK, where Season 2 reached 1.4m viewers each episode, and selling to more than 200 broadcasters internationally, making it Sky Vision’s bestselling programme at the time.

Sky’s head of drama Anne Mensah, who also executive produced the likes of Patrick Melrose and A Discovery Of Witches, promises Season 3 is “the perfect ending to the most enigmatic, surprising, shocking and emotional series we’ve ever had on Sky Atlantic.”

Binge all three seasons only on Showmax in South Africa here.