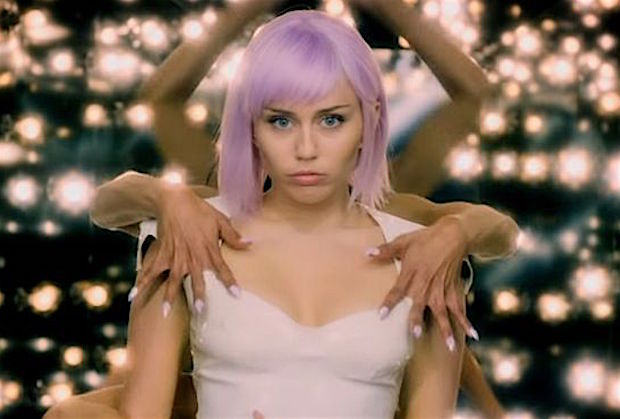 
Because technology as its main character, Black Mirror is one of the most fascinating yet disturbing series of the last ten years. Fascinating, because viewers can easily identify with most situations. Disturbing, because the technology is hostile: addictive, invasive, spy, alienating, psychopathic, apocalyptic…

Since Netflix broadcast the trailer for season 5 of Black Mirror on May 15, and it launched on 5  June, viewers have been eagerly awaiting the series, which, in very few episodes, has inspired the public, and many other shows.

An original concept for a powerful message

Launched in 2011, Black Mirror not only aims to entertain, but it also invites us to think about how technology can harm society and transform our behaviour. Each episode shows how an existing technology could evolve in the near future, for better, or especially for worse. Technology can be dangerous in itself, but more often malicious designers or users use it to manipulate, humiliate, coerce, enslave or kill.

In Black Mirror, the situations are familiar, but are pushed to the extreme, provoking anxiety, destruction and even death. Each episode is independent, with its own universe and style, though clues sometimes link them. The topics covered include the obsession with celebrities, reality TV, social networks, video games, smartphones, and pornography; the end of private life; robots and androids; social and commercial profiling; fake news and opinion manipulation; dating sites and matching systems; immersive augmented reality; cybersecurity and cyberbullying; the transfer of memory or consciousness into a machine; and transhumanism.

One of the most iconic Black Mirror episodes is season 1, episode 2, “Fifteen Million Merits”. It presents a world close to the description of philosopher Herbert Marcuse, in which humanity is enslaved by mass media, advertising and industry. The main character, Bing, spends his days pedalling an exercise bike in front of a television screen, like the whole of the middle class. He earns credits, called “merits”, to buy products or services. In this materialistic society, where technology dominates and corrupts, everyone is constantly being filmed. Reality TV and gaming are the only entertainment, and fame the only ambition. Not using pornography is a crime. Although Bing wants to revolt and denounce the system that oppresses him, he eventually becomes part of it, abandoning his morals for a comfortable life.

While Black Mirror seems to unfold in the near future, the show depicts worrying current trends. Its creator, Charlie Brooker, surfs the technological news, cleverly incorporating it into terrifying scenarios. While these fantastic stories may seem exaggerated, technology, particularly digital technology, is increasingly used in crime, is responsible for multiple pathologies, and causes geopolitical conflict, the drift toward authoritarianism and social deterioration. Black Mirror prophecies that have come true are the subject of heated debate.

The perverse behaviour presented in several episodes of Black Mirror can be observed on social networks. On May 15, a 16-year-old Malaysian teenager committed suicide after asking her Instagram followers if she should live or die, because 69% told her to end her life. Facebook has also been blamed for broadcasting live 17 minutes of the March 15 attacks in Christchurch, New Zealand in which 51 people died. Black Mirror repeatedly illustrates the morbid, sordid tastes of many anonymous online viewers, as in the very first episode.

A futuristic show that questions the present

Season 3, episode 1, Nosedive describes an oppressive society where everyone constantly grades other people’s words, actions, and publications on a five-point scale. They are equipped with eye implants enabling them to see the grades of those around them. This satire on a society where everyone is obsessed by their own image criticises superficiality and the need to portray oneself positively to obtain other people’s approval. The episode illustrates perfectly the consequences of China’s “social credit” system, which monitors and records the entire population in real time to “improve” behaviour and strengthen the regime.

In season 3, episode 2, Playtest, a gamer tries an experimental video game that kills him in a few milliseconds. The guinea pig is equipped with a virtual reality headset and a neural implant. The implant hacks his brain and generates images based on his fears and physiological data. The episode warns against giving developers control of human senses, and about the immersive, invasive technologies that are the future of video games. “Playtest” was first broadcast on Netflix on October 21, 2016, a few months after the release of the Facebook Oculus Rift Headset on March 28, 2016.

Season 4, episode 5, Metalhead, describes a post-apocalyptic world, where intelligent killer dogs hunt humans. This is a direct reference to the company Boston Dynamics, which Google sold in 2017 to the Japanese group Softbank. In the series, these dogbots appear on building sites and in public, but the project was initially a partnership with DARPA (Defense Advanced Research Projects Agency), a US military R&D agency.

The Season 5 promotional campaign reminds us that the series has changed its viewers’ perceptions of the world and has received multiple prizes, including Emmys and BAFTA Awards. The reviews are excellent, with an overall score of 8.9/10 on IMDb.

Similar shows have tried to imitate the success, such as the miniseries Electric Dreams, based on sci-fi author Philip K. Dick’s short novels, many of which have been adapted for the screen. Considered a clone of Black Mirror, Electric Dreams was first aired on Channel 4 in Britain, like its model. Amazon Video acquired the US rights, and with Bryan Cranston as executive producer and an all-star cast, the series was successful, but did not attain the cult status of Black Mirror.

Westworld also seems strongly influenced by Black Mirror. Its first two seasons focused on robotics and transhumanism. HBO has just released the trailer for the third season, planned for 2020, in which a new character, played by Aaron Paul (who played Jesse Pinkman in Breaking Bad, and who performed a voiceover in an episode of Black Mirror) condemns the false promise of a better world made to justify the technological development and commercialisation of servo devices.

Black Mirror has often been compared to The Twilight Zone in the 1960s, and is probably at the origin of its reboot, although the showrunner Jordan Peele – author, director and producer of the thrillers Get Out and Us – denies the similarity. Jordan Peele is also co-author of the series Weird City, released on February 13, 2019, on YouTube Premium. Its well-chosen guest-stars present the dangers of technology with more humour.

AMC, which broadcast popular series like Mad Men, Breaking Bad and The Walking Dead, has commissioned a new series for 2020 from Will Bridges, one of the authors of Black Mirror, that will focus on a dating technology that finds your soul mate. Since the original is often better than its copies, let’s hope that Netflix will produce many more seasons of Black Mirror.