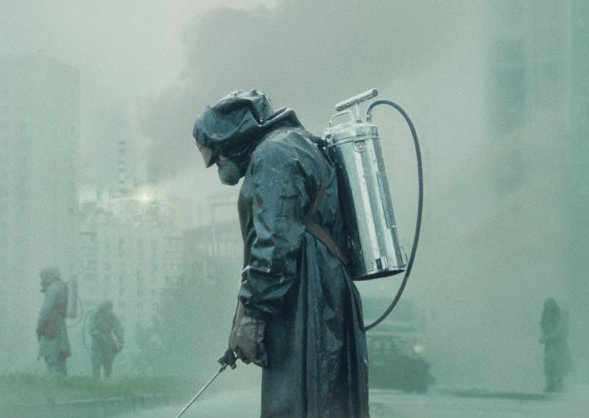 Believe it or not, we’re already more than halfway through 2019, which means that Best Of The Year So Far retrospectives are popping up everywhere.

Critic aggregator site Rotten Tomatoes recently released their list of the best reviewed TV series of the year so far, and Showmax has more shows in the Top 20 than any other streaming service in Africa.

To celebrate, Showmax has put together a handy guide to the best TV series of 2019 so far. Yes, it’s obviously biased, but it’s also undeniably accurate…

What’s it about? Chernobyl dramatises the story of the 1986 nuclear accident, one of the worst man-made catastrophes in history, and of the brave men and women who made incredible sacrifices to save Europe from unimaginable disaster.

Claim to fame: The top rated series of all time on IMDB.

What’s it about? A depressed war-vet-turned-hitman finds passion and romance in a local acting class while on a job in LA. As Season 2 opens, Barry tries to extricate himself from a violent criminal triangle involving the Chechen, Bolivian and Burmese underworld – not to mention some deeply suspicious LA detectives and Monroe Fuches, Barry’s former boss, who has found it exceedingly difficult to hire a replacement as capable as his onetime ace assassin.

Who’s in it? Bill Hader as Barry and Henry Winkler as his acting coach – both Emmy-winning and Golden Globe-nominated roles.

What’s it about? Adapted from Deborah Harkness’s bestselling All Souls trilogy, A Discovery of Witches is a modern-day love story set in a world where witches, vampires and daemons secretly live and work alongside humans, hidden in plain sight.

Who’s in it? Teresa Palmer (I Am Number Four, Warm Bodies) stars as Oxford historian Diana Bishop, a witch who falls in love with the vampire Matthew Clairmont (Emmy nominee Matthew Goode from Downton Abbey and The Crown) – to the consternation of both witches and vampires…

What’s it about: Set in a fictional dreamy Latin American country, Los Espookys follows a group of friends who turn their love for horror into a peculiar business: providing on-demand horror to those who need it. Okay, so it’s more of a comedy for horror lovers than a straight-up scare fest, but it’s the best thing horror fans have been offered so far this year.

What’s it about: The separate but parallel experiences of two young boys, James Safechuck, at age 10, and Wade Robson, at age seven, both of whom were befriended by Michael Jackson. Through gut-wrenching interviews with Safechuck, now 40, and Robson, now 36, as well as their mothers, wives and siblings, the film crafts a portrait of sustained abuse, exploring the complicated feelings that led both men to confront their experiences after both had young sons of their own.

Who’s in it? Michael Jackson. Aka The King Of Pop. Aka Wacko Jacko.

Check out the full Rotten Tomatoes round-up of Best TV Shows Of 2019 here, which includes other Showmax favourites like Billions S4, Big Little Lies S2, and Veep S7 (due September 2019) in the Top 20.