Social media giant Facebook has employed journalists to curate the news posted on the network in the past. But it wasn’t a successful venture. Employed to select headlines for a ‘trending topics’ feature, the plan was scotched when Gizmodo reported in 2016 that hired editors had excluded certain conservative websites from the line-up.

Now Facebook is trying to do this again, but in a new ‘iteration’. It plans to launch a standalone tab for news, and is negotiating deals with leading titles such as the New York Times and the Washington Post. Ten editors will help curate its algorithmic curation.

In a job listing posted this week, Facebook said: “We are building a new surface for news that will give more visibility to the journalism of news publishers. We’re looking for experienced journalists to help identify the top stories from news organisations. The ideal candidate will have sound news judgment, and a passion for breaking news.”

For more in-depth insights into this story, check in to the Columbia Journalism Review.

While South Africa debates the benefits, or lack thereof, of the proposed, new National Health Insurance (NHI), the United Kingdom has issued a tender listing to find a service provider to create a £150 million advertising and marketing services framework.

This would include working across recruitment, public notices, student attraction, sponsorship of public spaces, as well as “other campaigns required by the public sector”.

For more, check out the story on Prolific London.

Mondelēz International, which owns brands such as Oreo and Cadbury, is consolidating its creative advertising business, working with two holding companies: WPP (Ogilvy) and Publicis. Previously, it had five global holding companies – Publicis, WPP, IPG, Dentsu and Havas – on its roster.

The idea is to streamline and concentrate its number of global partners, chief marketing officer Martin Renaud told Forbes. “What we are really trying to do is be closer to our consumers,” said Renaud. “Trying to keep the aspect of being able to share best practices and having a global strategy and prioritising to be local-first.”

He also announced there would be four additional regional CMOs, one of which would cover Asia, Middle East and Africa.

For the full story, visit Forbes.

Some say the updates might not properly protect user data – or protect companies from regulatory scrutiny.

To read the full story, published by Forbes, click here.

Since the special status of the region was revoked on 5 August 2019, phone, broadband and mobile internet services have been non-operational after they were shut down.

“A total media blackout in Kashmir is tantamount to denial of eight million people’s fundamental rights to know and access information. This situation is totally unacceptable and the Indian government must restore all the necessary services to access information immediately,” Freedom Network said in a press release.

The News International has the full story, here.

A California-based online ‘pot shop’ directory and cannabis marketplace will no longer allow unlicenced marijuana businesses to advertise on its site. This followed pressure from regulators and the legal cannabis industry in the US state.

Stakeholders argued that Weedmap’s practices were propping up the black market after legalisation there.

Weedmaps said it was making the change to emphasise social justice, and would help some minority-owned unlicenced businesses obtain licences.

Check out the story on City News. 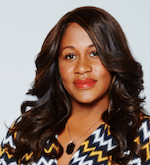 Prince Harry and Meghan Markle, the Duke and Duchess of Sussex, have appointed Karen Blackett as the first trustee of their charitable foundation.

Blackett was once named the most influential black person in Britain and has been awarded an OBE for services to the media industry and “broadening a diverse talent pool of staff”.  Blackett was chairperson of MediaCom in the UK, and launched an apprenticeship scheme for women at the media agency.

The Telegraph has the story.