Television is not dead in the age of digital 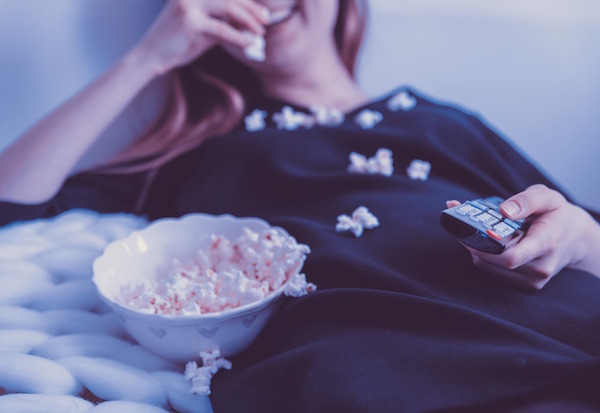 For decades television has been the go-to channel of choice for brands looking to build equity and awareness in the South African market.  However digital hype in recent years around creating personalised, relevant content that develops deep relationships with audiences has driven industry predictions of the death knoll of television advertising.

This could not be further from reality.  Where television viewership figures are declining globally, South Africa is Africa’s largest television watching market and the medium remains an intrinsic feature of daily life.

Marketing 101 says in order to build a brand, you need three things:

For all three criteria, television continues to score highly.

1 For audience reach, television still wins the race hands down

Television reaches 95% of the population, across ages 15+ all SEMs.  Digital media has a maximum reach at around 70%, so already the cards are stacked in television’s favour.

Time on device and time spent with the channel is also important to understand.  WARC 2019 SA data shows that daily viewing for television is up year on year with 76% of the audience viewing television daily. The Establishment Survey 2018/19 states television has double the viewing time of mobile.

The unrivalled reach of television is proven when you consider the viewership of the top shows – Uzalo (10 million viewers per episode), long-standing-Generations at (9.2 million per episode) and SkeemSaam and Scandal (eight million and five million per episode respectively).  South African audiences still sit down for appointment viewing of popular shows, creating these unique, and somewhat antiquated, viewership patterns. Marketers can place 30-second ads or sponsor these shows at a highly reduced rate, delivering massive reach at scale.

With 22 million smartphones in South Africa according to Statistica 2019, digital possibilities seem promising until you look at the advertising picture online. Facebook claims eight million active people daily in South Africa, but no one piece of creative on Facebook can reach all of those people at once and the cost would be upwards of R400 000 to reach all eight million over time.  YouTube, the second-largest platform in South Africa, has a masthead one-day all-impression buy-out but you only really reach five million of the maximum 16 million audiences and that’s for the cost of a spot-on Generations or Uzalo.

2. Television is consistently more viewable and creatively gets the message across better in the 30-second format we’ve become accustomed to

Television has always had the upper hand as a medium for compelling messaging that can be entertaining and catch attention. According to Nielsen data and TAMS ratings, less than 10% of DStv’s audience base skips ads, so the ad break still gets eyeballs.

Digital, by comparison, struggles to keep audience attention. Video now consists of 60%+ of all digital media spend – for good reason. Banners, text search ads or simple images are nowhere near as impactful as a video. But, check any video report and it becomes clear that advertising that doesn’t stand out as super eye-catching in under six seconds, is ‘sent scrolling’.   Most video advertising has a viewability rate of well below 45% (according to IAS and MOAT) meaning your ad is being seen for less than two seconds for 50% of the time in view.  You need to spend a lot of money to get a guaranteed view of your 30-second spot.

YouTube’s six-second ads are similar to 15-second television ads in that they are effective in raising top of mind awareness for an established brand. But the best way of ensuring total recall and building brands remains the 30-second television ad. (IPG Media Lab and YuMe, 2016; Marci and Rockwood, 2018).

When you consider the true viewability for television ads – factoring in viewers leaving to make tea – the average 30-second television ad has a viewability of 72% (IPG Group). Moreover, 30-second ads are 41% more likely to receive absolute visual attention.

3. Television is the most efficient media buy although YouTube does come close and has a strong viewability

Most recent TAMS data show e.tv and DStv viewership growth year on year and OVHD continues to steal share from both SABC and DStv. A 30-second spot on Muvhango on SABC2 runs a rate card rate of R120 000 and returns around 5.2 million viewers, giving a CPM of R14. Realistically, post discount, you’d get closer to R8 but that’s for another discussion.

Comparing apples to apples in digital, a similar buy type allowing you to reach maximum coverage of users on one day would mean spending R160 000 on YouTube masthead – returning around eight to 10 million impressions and two million unique browsers at an average CPM of R16.

Having spent a lot of time doing integrated media strategy, and not being biased in favour of either digital or traditional thinking, I think there’s strength in both channels.

In South Africa, digital as a stand-alone cannot compete onboard building as it does in other countries. Digital and television, however, can work well together to build the brand.

As a stand-alone, television wins the argument for reach, ‘compelling-message-that-is-seen’ and efficiency – retaining its status as the most consistently robust channel for brand building in South Africa.

John Beale is head off at Pernod Ricard South Africa. He  oversees paid media, digital marketing, social media community management and content; and public relations for all brands and Pernod Ricard Corporate. He was awarded an IAB Bookmark Award: Social Media Marketer of the year 2014. He has extensive experience within the marketing and media industry.