The Infinite Dial: A new benchmark for South African audio and digital research 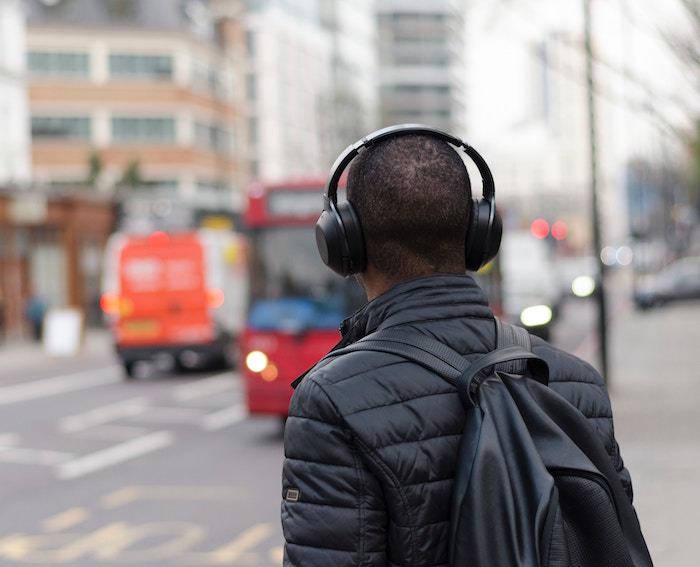 
The National Association of Broadcaster’s (NAB) commercial radio committee, which includes PBS radio, has just completed a national roadshow sharing the “new benchmark in South African audio and digital research”. This is the first South African version of The Infinite Dial Study by Edison Research and Triton Digital.

This is not a replacement for the BRC’s RAM currency research, but a local version of a research initiative, started in the USA in 1998, to track the evolution of consumers’ use of media as technology expanded their options in terms of offerings and platforms. The Infinite Dial gives us the opportunity to assess where we stand in comparison with America, Germany, Canada and Australia. It also provides us with some insights which could help local broadcasters futureproof their businesses.

For the technically minded, it is worth noting that the fieldwork was carried out in July this year, with 1500 face-to-face interviews being conducted. The sample comprised adults (15+) in the upper two of the three SEM Supergroups in the major metropolitan areas (Gauteng, Durban and Cape Town), with the results being weighted to reflect the race, gender and age of that population. This universe was dubbed the “Major Metropolitan Commercial (Radio) Population”.

Larry Rosin, president of Edison Research, confirmed that local smartphone ownership in this group is far from shabby: at 88% overall, rising to 93% amongst the under 35’s and declining to 74% amongst the 55+. In order to make cross country comparisons Rosin explained we need to look at consumers who are over 18; Canada prohibits research of minors. This view places us ahead of USA, Canada and Germany but slightly behind Australia (87% vs 89%).

On the other hand, only a quarter of the major metropolitan commercial radio population are aware of smart speakers; predictably, a third of the under 35s know about them, compared with a mere 4% of the over 55s. This puts us way behind Germany and Canada (65% of 18+) and behind USA (78%) and Australia (81%). Local ownership is proportionally high against awareness at 12% suggesting that we have something of a penchant for keeping up with the latest tech. Nevertheless, we lag behind USA by about a year and a half: ownership there is at 23%.

Listening to AM/FM radio in the last week runs at 68%, which puts us in line with the USA. Those people familiar with the ES and BRC RAMS and with good memories for statistics, might note a discrepancy between this figure and the near 90% the other two surveys indicate. One should not expect identical results from surveys with different samples and methodologies, and apparently the Edison research in the other countries also differs from the radio currency figures. The more affluent nature of the sample, with a greater diversity of choices could be an explanation, but analyses of similar sectors in both the ES and BRC RAMS data does not support this. I am inclined to think it may lie in the phrasing of the question around “AM/FM radio” rather than simply “radio”.

South Africans have a high inclination to listen to the radio at home on non-radio devices (44%) way ahead of Australia at 21%.

Keeping up to date with music

Seventy-five percent of our metropolitan commercial radio population consider it important to keep up to date with music. The source used most often for this purpose is AM/FM radio (58%), followed by friends and family (15%), YouTube (14%), music TV channels (6%) and other (7%).

Thirty-nine percent of the commercial radio population claim to have listened to audio online in the past month, with the inevitable skew to the under 35’s (55%), and the over 55’s exhibiting a notable lack of interest in moving into online audio (9%). To put this into context, we are way behind USA where the figure is currently 66%; we are where America was in 7 years ago! A likely explanation is our high cost of data: in the USA data packages are either unlimited or functionally unlimited.

While we also lag Australia and Canada, we may be comforted by the fact that Germany only runs at 40%. I was intrigued to learn that despite its powerful economic status, Germany struggles with really a poor internet infrastructure, an understandable barrier to online audio consumption.

Radio remains the most popular audio source in cars (65%) followed by CD players (49%) and owned digital music (32%). Online audio and podcasts are relatively low at 10%. Disturbingly some 15% of the universe claim to have listened to online audio in a car through mobile phones, with some 23% of the 15-34 age group doing so. One hopes they do so as passengers!

Silicon Valley venture capital firm, Andreessen Horowitz out it this way: “In the world of podcasting, the flywheel is spinning”. Globally podcasts are seen as a great new investment opportunity as increased content and accessibility, lead to rapid consumer uptake.

Local awareness of podcasting, however, currently only runs at 22% of the metropolitan commercial radio population: there is slightly higher awareness amongst the 15-34s (25%) and 35-54s (24%). Once again, this puts us way behind Australia (84%), USA (70%) and Canada (63%) and even behind Germany (33%), where poor internet and the lack of German language content have been obstacles to the uptake of podcasts.

It also puts us at about the point that podcasting was in 2006 in the USA. It is worth noting that podcasting there grew steadily up to 2015, before accelerating in the past four years. Marketing and a plethora of new content helped to drive that; Rosin made the point that availability of home language content has led to greater uptake in Germany; this certainly suggests that there could be a robust future for podcasting locally.

In terms of podcasting listenership – at 19% amongst the over 18-year olds locally – we are on a par with where the USA was in 2008! Currently 50% of American claim to listen to podcasts, compared with 49% of Canadians, 31% of Australians and 32% of Germans.

However, the good news is that our local podcast audience is well educated and reasonably affluent. A male skew is probably attributable to much available content being tech skewed. The local listeners are quite dedicated, averaging 4 podcasts in the last week, with 61% claiming to listen to all or most of each podcast.

Almost three quarters of podcast listeners engage in this pastime at home, with nearly a quarter claiming to do so at work; just over a fifth do so while walking around/on foot and a similar amount whilst in a car, bakkie or truck; 61% say they listen to podcasts by South African radio stations or radio personalities, which is understandable given the fact that many stations repurpose broadcast material.

Social media usage is high overall at 82% with 94% of the 15-34s engaged in it, compared with half of the over 55s. In terms of 18+ usage South Africa is just behind Australia (84%), and slightly ahead of USA (79%) and Germany (75%). What is distinctive about our local usage is the very high proclivity towards WhatsApp (79%); to put this into context only 19% of the USA use it. Our usage of Facebook is similar (64% vs USA’s 63%) but we lag in our usage of Instagram, Snapchat, Pinterest and LinkedIn.

Our Twitter usage is on a par (19% vs 20%). In terms of the social media brand used most often, WhatsApp dominates across all age sectors. Also curious is that fact that locally the younger age groups have not yet abandoned Facebook in favour of Instagram, Snapchat and other platforms, a trend notable in many other countries.

While we may be lagging, the overall take-out of the presentation was that there is a brilliant future for the agile and adaptable broadcaster. #DataMustFall!