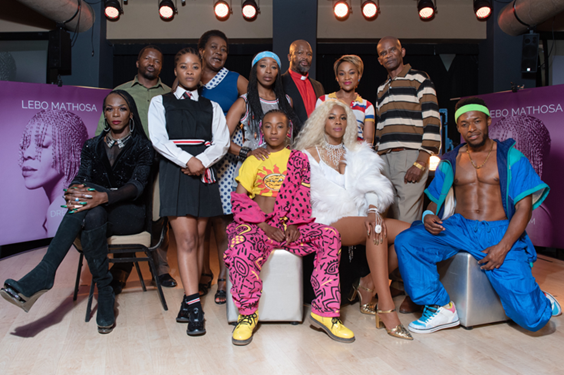 “The Lebo Mathosa biopic is a first of its kind for BET Africa and we are excited to tell this authentic story of a legend and a diva who culturally inspired an entire generation,” said Monde Twala, vice president for MTV, MTV Base and BET at Viacom International Media Networks Africa (VIMN Africa).

“This is a true celebration of black excellence and we are proud to capture and share this amazing story. Lebo was a people’s person, her legacy needs to live on for future generations.”

The six part mini-series depicts the life and times of one of South Africa’s most celebrated musicians who embodied South African music like no other artist of her generation. From the stage to her personal life, much reported on by the tabloid press, Mathosa was a force of nature loved and envied by all who followed her too short but impactful  life.

The series was a collaborative effort between BET Africa and Ochre Media together with the Gauteng Film Commission and the Department of Trade and Industry.

DREAM: THE LEBO MATHOSA STORY from Lola Shibambo on Vimeo.