The African football TV blackout could last for a while 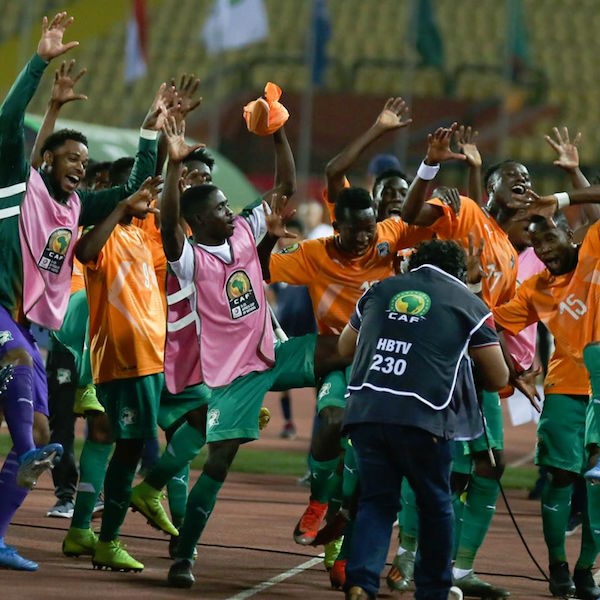 The governing body for soccer in Africa, the Confederation of African Football (CAF) has cancelled its media and marketing rights agreement with French company, Lagardère Sports and Entertainment. The impact has been felt across the world but nowhere more so than in Africa.

As the first round of the qualifying games for CAF’s 2021 Africa Cup of Nations got underway, millions of fans were dismayed to learn that the games were blacked out on TV screens and radio stations. The same applied to CAF’s Africa U-23 tournament in Egypt.

The Africa Cup of Nations is widely watched on the continent and around the world. The 2012 version co-hosted by Equatorial Guinea and Gabon was reportedly watched by 6.6 billion viewers. The cup is so popular that the BBC covered the 2019 final in 13 languages.

The 12-year media and marketing contract between Lagardère and CAF was hailed by many as significant when it was signed in 2015. It upped the commercial value of the African game, the rights reportedly going for about $1 billion for a period until 2028. But it almost immediately ran into problems.

In 2017, The Egyptian Competition Authority ruled that the contract was anti-competitive because it wasn’t based on an open bidding process. And then the Economic Court in Cairo took on the matter. Egypt’s Economic Courts, often staffed by three-judge panels who are considered specialists in the case, are designed to rule quickly on commercial cases. The court confirmed, in November 2018, that CAF did not open the rights acquisition to competitive bidding. The deal with Lagardère was deemed unlawful and CAF officials were fined.

By the time the tournament came round again in November 2019, it would have been unlawful to continue the relationship with Lagardère, said the confederation. It said it had no choice but to cancel the deal.

And with that, primary African broadcasters of CAF matches, like SuperSport, the South Africa-based Pan-Africa television group, lost their rights to broadcast the matches as they had bought these from Lagardère. Only beIN Sports, a global network of sports channels with sub-rights to transmit the games in the Americas and the Middle East, has been able to continue to broadcast games.

To understand the issues that led to this latest blow to the development of African football audiences, it’s best to consider the issues from the viewpoints of the key parties.

CAF: The organisation was founded in 1957. It organises continent-wide football from its headquarters in Cairo. The confederation is no stranger to controversy. It recently made headlines for firing a high ranking official and its operations management being taken over by the International Federation of Football Associations.

Back in 2017 when CAF was under the presidency of Issa Hayatou, it argued strongly that the Lagardère contract was not in violation of Egypt’s laws.

So why is CAF now singing a different tune?

First, the federation has a controversial new leader, Ahmad Ahmad. Ahmad became CAF president in 2017 after defeating Hayatou in an election. Ahmad immediately made it clear that he was against the deal.

Criticism of the deal focused on the fact that it was a long-term commitment – 12 years is long for contracts like this, which usually run for three years. Long-term contracts can limit revenue growth. Invariably opportunities emerge in the light of new technologies to grow several revenue earning platforms. African football, particularly, is growing and increasingly there is global media interest.

It’s possible, said critics, that CAF could get more money out of Lagardère and that several other companies may have bid for the contract.

Lagardère: The French company can ill afford to lose this deal. Earlier this year it lost a lucrative contract with the Asian Football Confederation. The CAF announcement has already affected its share price on the Paris stock exchange.

Egyptian Competition Authority: Its role is contested. Lagardère may argue that the authority has no jurisdiction over the matter. Under its former leader CAF held the same view. That has changed.

The contract specifies Swiss law as the legal governing instrument. But the Egyptian authority is insisting that its ruling takes precedence because the federation falls under its jurisdiction in Egypt.

If CAF wants to continue to operate in Egypt, it must find a way to satisfy the competition authority’s concerns.

CAF and Lagardère are positioning themselves to minimise the damage from the contract termination. Lagardère has argued it was a unilateral decision, setting it up to seek huge compensation from CAF for breaking the contract.

CAF has denied the decision was unilateral, citing the Egyptian court rulings and hoping this line of argument will allow it to settle with Lagardère for a lower cost.

Ultimately, this issue is likely to be decided in one of two ways.

It could be decided in Switzerland’s courts. Egypt will, however, most certainly continue to assert its jurisdiction, regardless of what the Swiss courts rule. This would mean that Lagardère’s only course of action would be to seek compensation. Egypt’s competition authority would welcome such an outcome as it would force CAF to re-open bidding for the rights.

Alternately, Lagardère and CAF could negotiate a reasonable compensation that allows CAF to re-open bidding for rights.

Clearly, the tumult points to a need for long-term changes. CAF may review its relationship with its Egyptian host as well as its approaches to licensing its rights. The crisis may hasten Lagardère’s exit from sports media and marketing.

None of these will be quick processes and it will take time before new rights holders are able to broadcast the beautiful game. In the meanwhile the rights situation will deny fans access to watch matches and will deny CAF much-needed revenue.