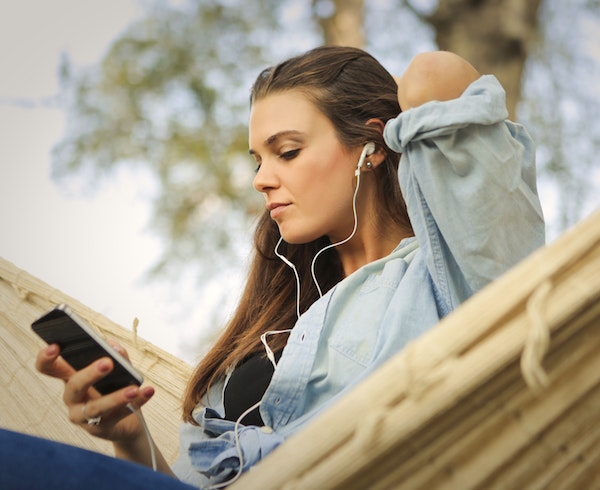 An interesting part of this survey was the finding that the highest increase in listening is among younger audiences; 29% of 18-34s and 27% of 35-44s are listening more.

It’s already been widely reported that music streaming is down by 15 to 20% (Futuresource Consulting and BBC) during the coronavirus pandemic.

Well, according to figures released in the US, it seems that the same goes for podcasting, and for the very same reasons. According to Podtrac, podcasting and music streaming are popular during commuting and solo activities such as gym. Lockdown clearly prohibits those activities.

Chartable report a 10% dip in March vs February while Backtracks reports an even greater decline (20%) as the crisis worsened. Chartable also report that reviews left on iTunes and Apple’s podcast app were down 30% in one week. The dip is particularly noticeable during commuting hours according to Backtracks.

Sports and rrue crime podcasts have been particularly hard hit but the exception to the downward trend appears to be news podcasts. Today, Explained has seen a 50% increase in downloads since the crisis began

Radio is picking up the slack

As we reported last week, radio listening around the world is significantly up.

This week we can add reports of increased radio listening from India and Australia to those reported previously from Germany, the UK and, of course, South Africa.

This backs up a point I made in an interview with Peter Ndoro on SABC TV Media Monitor.

It’s a grim irony in the midst of this depressing time that radio stations are suddenly being sampled by the younger market that many thought were lost to the medium. The challenge for stations right now is to up their game with content that keeps these younger listeners coming back after the pandemic. Easier said than done when you’re running your station with many key content staff working from home.

The National Association of Broadcasters (NAB) has released a report (Why Radio Now) with many very encouraging findings for radio, including these:

Other feedback we received this week:

Community radio stations are possibly the best gauge as to what lockdown really means for the vast majority of South Africans. These stations engage daily with the people who face the biggest challenges of all.

And the warm fuzzy stuff?

Radio has always played strongly on a local level. I suspect many people follow a similar broadcast media consumption pattern right now.  CNN, BBC, Al Jazeera etc for international news; SABC and eNCA for national news; and radio so they can find out what’s happening in their deserted streets and quite simply just to connect with their fellow citizens.

Stats are stats but radio’s true strength right now comes through its companionship, solidarity and trust.