Broadcasting by the numbers 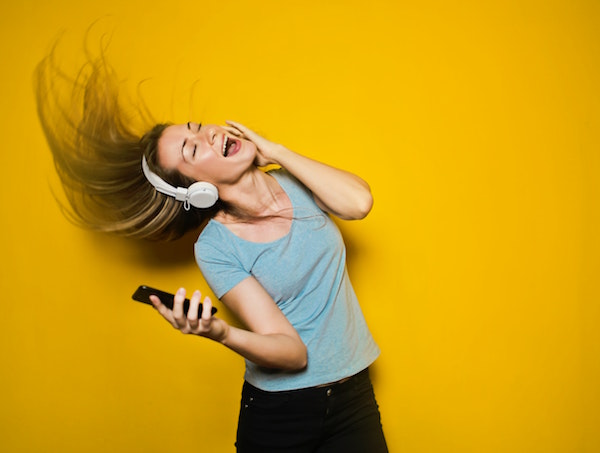 Despite the dramas at SABC, the past five years has seen significant growth in broadcasting, in audiences, choices and revenue. The National Association of Broadcasters released its latest State of the Broadcasting Industry Report late in 2019. These are the headlines.

There is no doubt the period between 2015 and 2018 was a turbulent time for broadcasting, not least due to ongoing issues at the SABC, and the continued impact of technological developments.

It was against this backdrop that the National Association of Broadcasters (NAB) researched its State of the Broadcasting Industry Report, the first edition of which was released in 2014 as South Africa celebrated its first 20 years of democracy.

The second report, issued in November 2019, was the result of PricewaterhouseCoopers research into what has happened in the five years since then, as South Africa marked 25 years since the landmark democratic elections in 1994.

As the CEO of the NAB, Nadia Bulbilia, says, “It provides clear indicators of the contribution made by broadcasters to the economy through job creation, local content creation and investment in infrastructure. It presents reliable data to inform and shape future broadcasting policy and identifies gaps for ongoing industry research”.

NAB chairperson, Philly Moilwa, is upbeat. As he says in the introduction to the report, “The democratisation of broadcasting has enabled the public to enjoy and engage with more services, channels and programmes, in more languages and more genres than ever before. Overall, the story of broadcasting in our democracy is a good one.”

Still on the radar, as it has been since 2015, is South Africa’s switch to digital migration. The national analogue switch-off process, which was approved 11 years ago, was revised in 2018, with the deadline having recently been extended to July 2020.

The State of the Broadcasting Industry Report is based on responses from NAB members: Five from television, 39 from radio and three from signal distributors. We have highlighted some key numbers in this story, but the entire report is available from the NAB.

Average daily listening time on radio averaged out at 3h36 in 2018. A weekly audience of almost 36 million people tune into radio via a variety of devices, listening to 24 commercial stations (21 private and three SABC public/commercial), 16 SABC public service broadcasting stations (including Channel Africa) and 264 community stations.

Historically, the report said, TV was the largest advertising segment by revenue, but this is being challenged by internet advertising, predicted to overtake television by 2022.

Radio’s advertising revenue grew from R3.9 billion in 2014 to R4.2 billion at a CAGR of 2.3%, in comparison to the 12.7% CAGR of the pre-2014 period. While radio’s greatest strength is its ability to reach a large-scale audience, the ability to deliver targeted content to more specific groups of people needs to be understood and developed, NAB recommended.

Radio has shown “slightly slower growth over the past four years” but has been “aided by the rise of community stations to remain prominent, as music streaming and podcasts begin to enter the market”. This isn’t necessarily a bad thing, NAB says, as while streaming and podcasts do compete with radio “they also drive a culture of listening and the spoken word” and as such, contributed to radio’s continued relevance.

R2.32 billion: That’s how much in licence fees, levies and other contributions TV broadcasters brought in over the period 2015 – 2018. Subscriptions to pay-TV were the main drivers to overall growth in revenue, with an additional 1.5 million households expected to sign up between 2018 and 2022. However, the NAB warns, this is expected to slow “as the cultural shift towards on-demand, personalised content via streaming services gains traction”.

FTA channels are still the mainstay of viewers, with the top five most-watched TV shows in 2018 all being on FTA channels. E.tv’s satellite broadcaster, Openview, which launched at the end of 2013, has shown significant growth over the last two years. “In the 12 months to September 2018, its customer base grew 42%, and in March 2019 reported 1.6 million active set-top boxes”.

Total contributions from radio businesses over the period 2015 – 2018 in respect of licences, levies and other fiscal contributions amounted to R700 million, substantially higher than the R471 million over the period 2012- 2014. “This increase is primarily driven by Needletime Royalties following the Supreme Court of Appeal ruling in 2014 on the Needletime formula, which came into effect during the 2015 – 2018 period,” the NAB reported.

Signal distributors have over the past four years contributed R568 million in the form of taxes and other fees and levies.