Can VPN boost your internet speed in South Africa? 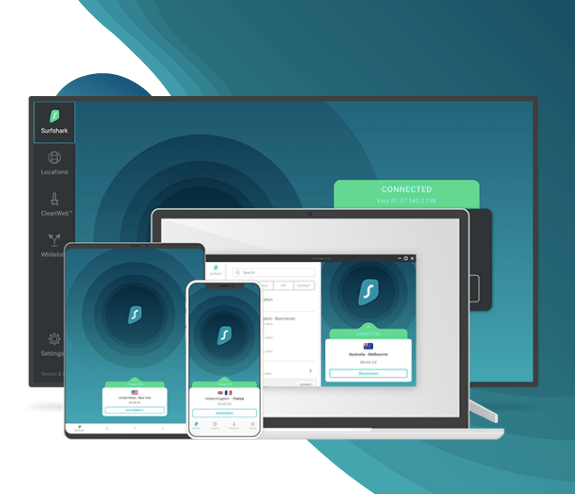 [PARTNER CONTENT] You can boost your internet speed if you get South African VPNs here. Among other benefits, using a premium VPN like Surfshark will defeat bandwidth throttling.

That is where an internet provider slows down (or subsequently speeds up) the user’s connection to limit network congestion and avoid server crashes. Sometimes, however, a non-premium (free) VPN service uses throttling to give paying customers head of the net privileges.

Another way free VPN services can slow down an internet connection is through loading ads in the background. To stay ‘free’ those services must earn ad revenue. As those ads load in the background on your browser and popup, the experience can be altogether unpleasant. Premium VPNs come ad-free.

Besides slowing speed, the ads themselves can be vectors for adware, malware, viruses, and bots. Some free services actually install trackers that follow the user around the web. That surveillance is how a user can visit an automobile sales website in the morning and have a batch of car sales ads all over the browser in the afternoon.

What All VPNs have in common

While all VPNs are not equal, they do have certain features in common:

*This protection may not be wholly applicable to every free VPN service. According to this article by Anthony Spadafora, “security researchers have discovered that several (top free VPNs)…contain critical vulnerabilities.” For example, one app SuperVPN Free VPN was removed from the Google Play Store after over 100 million downloads. That free product exposed users to man-in-the-middle attacks.

How a VPN prevents a man-in-the-middle (MITM) attack

A secure, premium VPN stands between the internet user and a hacker to protect online privacy through location masking. A man-in-the-middle attack can occur live when the user logs into an unsecured wifi hotspot.

The hacker actually gets ‘in the middle’ of a transaction between two parties on the web. The MITM impersonates someone on either side of the transaction and accesses information they are exchanging. During a live session a MITM would use a fake (or rogue) wifi network. Once the victim is in, the bogus network begins gathering credentials and personal data.

MITMs employ the following means to hijack the user’s connection:

Just as cyber-attacks are on the rise worldwide, South Africa experienced just over a 12% increase in 2019 over the previous year.

The compromised database “had the details of all internet traffic of the users along with their personal identification data. Alarmingly, the data base was “completely unsecured and unencrypted”. It didn’t even require a forced entry.

The breached database showed details of activity logs during two months from customers of many ISPs, compromising a whopping 890GB of data and over a million records.

2. The City of Johannesburg, according to this online web article, experienced a Ransomware attack in October 2019. Hackers demanded a $37,000 payment, which the city refused to pay. As of the date of the article, the city’s response team was “making good progress” in the recovery of the lost data.

3. Garmin South Africa, a shopping portal, experienced a data breach that compromised customers’ payment cards as well as essential personal information for shopping on line. Garmin took down the shopping portal and urged customers to monitor their payment records and “”the bank in case of any unauthorised transactions”.

Of course, a VPN cannot protect individual customers against data breaches. On the other hand, customers whose identities are already masked by a VPN are protected against secondary assaults by cyber criminals who seek to leverage the compromised data.

Other benefits of a South African Premium African VPN

South Africa has a new and controversial internet censorship law, which according to this BusinesssTech piece attaches criminal penalties for engaging in certain prohibited activities on line. Log into a South African VPN to bypass those prohibitions, but be cognizant and respectful of South African laws and customs.

Some country restrictions involving copyrights, etc., require online streaming services like Netflix to block access from out-of-area users. As those services attempt to block outside VPNs, the best premium VPN providers like Surfshark hop from location to location to change the server IP address.

Some online shopping services—Amazon and Staples, for example—post different prices based on the geographic location of the shoppers. Those price differentials can be over 165%. Likewise, other online retailers may block shoppers from other countries based on IP addresses.

With geo-blocking the prospective buyer might be prevented from completing an online order, or the vendor might deny shipment to a foreign address. The typical practice is to shop different prices based on the user’s login location. For example, a user logging in from an IP address in an affluent location like Beverly Hills, California, will be directed to a high-end site with premium prices.

The foregoing differential pricing practices are also employed by airlines, ticketing companies, automobile rental agencies, and hotels. For example, from different IP locations while shopping for an airline ticket, the customer could see a variety of ticket prices for the same trip. Smart travelers should log into a VPN server at the flight destination and do wise comparison shopping.

Finally, there is the legal, but rather shady practice of ‘price steering’. This is where shopping websites look at each user’s online search history and personalise their prices accordingly. They shunt the user to sites where there are higher prices for the same items available elsewhere at lower prices.

Recap: Why a Premium South African VPN is the best choice

Caution: Going on line with or without a VPN should be with the backup of anti-malware protection and a solid password strategy. That strategy should be accompanied by file and hard drive encryption and accessing secure websites that begin with “HTTPS.”

In addition to reliable malware detection tools, a VPN provides an additional mobile shield. It hides the user’s location and encrypts the connection between the device and the VPN server. So, for a few dollars a month, the user can take advantage of premium VPN services and the added security that free VPNs don’t always offer. To wit:

A premium VPN in South Africa can boost internet speed and downloads. Free VPNs, on the other hand, frequently come with ads that load in the background and slow performance. Those ads could also be contaminated with trackers, bots, and other malware.

A VPN provides an encrypted, secure connection free from outside interception and surveillance. It is the main line of defense against man-in-the-middle attacks, which employ a variety of tactics to hijack the victim’s connection.

South Africa has been the target of cyber-attacks and data breaches. Security consciousness as well as taking advantage of the benefits of a South African VPN are essential ingredients to online safety.Avoid potential security problems of many free VPNs. A premium South African VPN like Surfshark is the best choice. It offers leak-proof protection and top-grade encryption. A no-logs policy guarantees that the user cannot be tracked, since there is never any record of the user’s online activity.