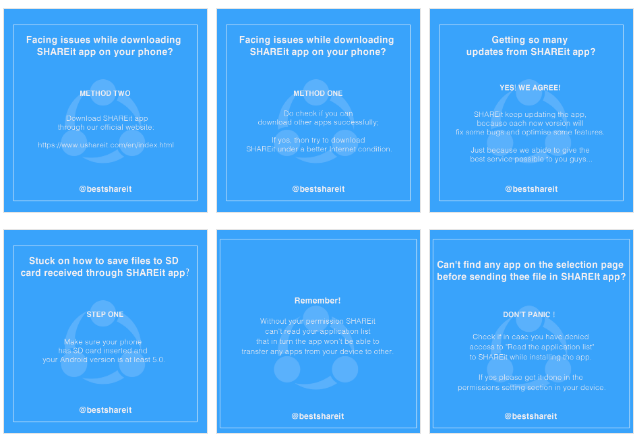 Over 200 times faster than Bluetooth, requiring no mobile data, SHAREit enables media transfer – photos, videos, audio, and apps – without the internet, or the need to access the Google play store. It’s also free.

Expanding its services to deliver a one-stop content discovery, news, and casual and hyper-casual gaming platform, SHAREit’s focus in Africa is on easy access and borderless inclusion. To place the app into context, it has had more than 1.8 billion downloads and 500 million Monthly Active Users (MAU) globally, with 20 million monthly active users in South Africa.

With print media experiencing an implosion due to Covid-19, and digital content houses struggling with paywalls, app advertising is proving an effective route to reach the population. As per the App Annie report, in 2019 alone, mobile applications witnessed a total of 204 billion downloads worldwide with consumers spending approximately 3.7 hours on mobile applications per day.

SHAREit has partnered with PerformDM as their strategic sales partner for the South African market to promote their capabilities as an advertising medium and brand solution provider in the country.

“SHAREit has huge power in its reach into the SEM 3-7 market – a target audience that has been historically difficult to target through digital advertising. SHAREit offers various unique and high-performing branding and advertising solutions, which are effective in driving sales for brands reaching out to their users,” said James Edwards, CEO of PerformDM. “One unique feature is offline advertising in SHAREit which no other app does. For businesses, this app has opened new doors to advertise and has seen campaigns from clients like Standard Bank, National Lottery, King Price, Netflix and Joox.”

Commenting on the development, Karam Malhotra, partner and global VP, SHAREit said, “We are extremely pleased to have this partnership for the South African market. SHAREit has already carved a niche for itself as a stellar ad network in the Asian market and we aim to replicate this success in South Africa. PerformDM is one of the market leaders in the digital media space and we are sure the partnership would be mutually beneficial for both the firms”.

SHAREit was the sixth most downloaded app in 2019, according to AppAnnie’s yearly report and has already been recognised as one of the leading advertising networks in the Asian market. According to the Edition X of The AppsFlyer Performance Index, SHAREit has been ranked fifth in terms of growth in India, and third in Southeast Asia.

The integration of innovation, value and affordability remains the sweet spot when assessing the success factors of the world’s explosive, top-ranking applications. They steal our attention, entertain us, increase our social currency, or make our lives more efficient or affordable.