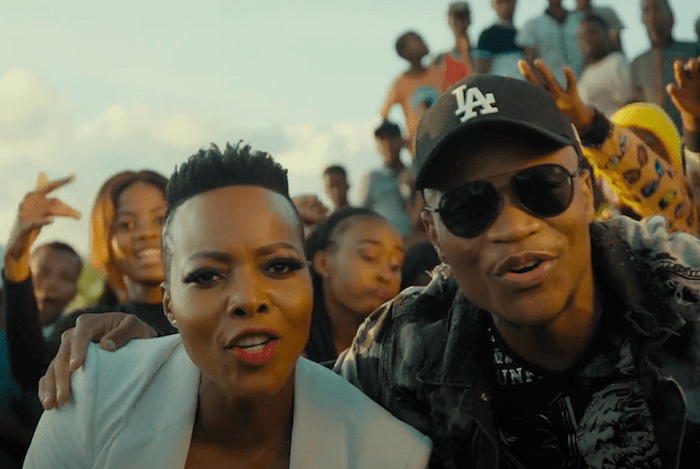 There’s something seemingly novel about a song from South Africa going viral to the extent that the 2019 house music song Jerusalema has done in 2020. The song is performed by musician and producer Master KG and vocalist Nomcebo Zikode.

Apart from the song’s omnipresence on the sound systems of a cross-section of socio-economic neighbourhoods across South Africa, it has become a viral dance phenomenon, drawing in a diverse global audience. Internationally, politicians, sports stars, priests, nuns and monks, shop attendants, healthcare workers and infinite other global citizens have posted countless videos of themselves participating in group dancing, accepting the Jerusalema dance challenge.

As much as the song has captured global attention, it has also inspired curiosity among those already familiar with the repetitive, slower, four-to-a-bar beat of South African house music. Many are trying to figure out what makes Jerusalema so exceptional in its popularity. A frequent question in my social circles is, why this song?

Why, when there have been so many other similar uplifting local dance hits, does this song have such a potent viral capacity that’s broken download records and received over 200 million clicks on the official music video to date?

The song also befuddles because it seems to have fallen outside of the traditional South African summer dance release trajectory, which usually means that such songs get endless airplay throughout the holidays and then their ubiquity dies down. Instead Jerusalema kept growing in popularity during the national COVID-19 lockdown. This should give us a clue about its particular significance.

Few South African songs have achieved this kind of global status and these have been tied to political or historical moments that enabled their popularity and spread. Three other songs come to mind.

The first is Mbube, written by Solomon Linda and performed with his troupe the Evening Birds in the 1930s. Mbube was misinterpreted as Wimoweh almost at once by American folk singer Peter Seeger. Since then it has become a multi-generational staple in stage productions and Hollywood films and covered by numerous bands around the world. The success of what is now known as Wimoweh (The Lion Sleeps Tonight) was possible because of its exploitation of Linda’s labour and intellectual property rights.

Another prominent song was Miriam Makeba’s infectious dance hit Pata Pata during the height of apartheid in the 1960s. Its popularity in Africa, Europe, North America and other parts of the world was enabled not only by her fame as a singer but also by her political activism and networks against the apartheid regime.

The South African hits emanating from Paul Simon’s Graceland album – like Ladysmith Black Mambazo’s Homeless – were incredibly popular in Europe and North America. But they were similarly riding the wave of rebellion. By making the album with black South African musicians, Simon defied apartheid, but also disregarded the cultural boycott of South Africa. So Simon’s fame plus cumulative factors helped make Graceland a hit album.

The art of crossing over

Jerusalema is in good company. Its popularity comes not only at a time when songs with a dance sequence often have a viral life, like Drake’s online hit In My Feelings or the pre-internet Macarena by Los Del Rio. Beyond this, Jerusalema’s message of seeking guidance and protection towards a spiritual home in a turbulent time is also relevant for this historical moment.

Jerusalema went viral during the isolation and loss caused by COVID-19 lockdowns world-wide. It has resonated with people who may not understand the isiZulu lyrics, but understand its inherent religious theme, because of associations with the biblical city Jerusalem. This translates anywhere Christianity plays a social or institutional role, making the song resonate beyond its danceability.

And this makes Jerusalema another successful crossover – a popular house music song that also manages to be a gospel song. Many crossover songs go viral because they straddle target audiences in different genres. What is interesting is that in South Africa, gospel music traditionally outsells most other popular music genres. The song has essentially penetrated this large market but also had an impact on local music market benchmarks. It not only offers catchy dance music and a relatable message, it also makes local market history for gospel-dance fusion.

A bridge to soft power

It is also not entirely surprising that the viral dance sequence associated with Jerusalema came from Angola. Dance music is popular in Angola, with local styles like kizomba and kuduro. Angola also has well-established European networks due to its political history. So, the #JerusalemaDanceChallenge became a bridge to the rest of the continent, the African diaspora and Europe. The viral life of the song has given Master KG access to elusive global music markets.

This serves up another question over the song: what does Jerusalema say about South Africa’s soft power? For the moment, the song has made the country prominent on the world map. But soft power is earned and not achieved overnight. Governments build networks over time through recurring formal and informal cultural diplomacy programmes to nurture an attractive image of their nations abroad.

Some questions remain. How will South Africa capitalise on the popularity of Jerusalema for its soft power-related goals? Is it enough to simply name the musicians responsible for the hit as our cultural ambassadors abroad?

The viral popularity of Jerusalema is interesting on a number of levels, but mostly because it has superseded expectations of what a local house music song can do.