Keeping Afrikaans readers engaged by knowing, respecting and thrilling them 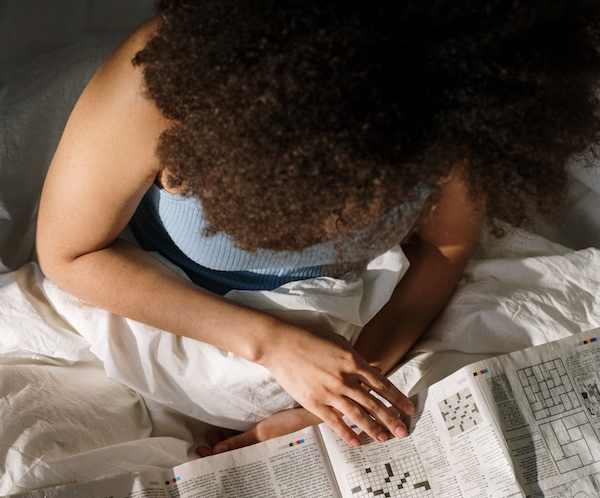 The public needs good journalism if it is to make informed choices. The editors of Media24’s Afrikaans news brands discuss how they know and thrill their audiences and continue to innovate to engage their readers and develop third stream revenue.

“Does the public still need or want good old-fashioned quality journalism?” was the first question posed by Waldimar Pelser, editor of Rapport, the host of Ads24’s Brunch with the Editors webinar.

“Definitely” was the answer given by Henriëtte Loubser, editor of Netwerk24. “The downside of the digital revolution are the echo chambers, propaganda and fake news. The tech platforms and social media streams simply distribute information; they are not gatekeepers of quality information.”

Netwerk24 journalists must deliver trustworthy journalism within the pressured digital publishing cycle of 18 hours a day, seven days a week. Loubser explained that there were stringent measures in place, multiple levels of scrutiny to ensure that every story is supported by the necessary comments and that everyone implicated in a story has the right of reply. There is strict adherence to the Press Code and to the Afrikaans News Division’s  internal code of ethics.

Pelser referred to the dance between digital and print journalism: the former allows for stories to be broken immediately while the latter allows the stories to be packaged to make an impact. As Jordaan succinctly put it, boring journalism is bad journalism. He cited the success of one of Die Burger’s stories on Caster Semenya being picked up by CNN.

Know and respect, thrill and engage

The assembled editors seek to engage Afrikaans speakers. Media24’s Afrikaans print publications command a readership of 1.6 million, while 2.6 million read the titles online. Pelser pointed out that one can only count on the support of readers if one knows, respects, thrills and engages them.

For Neil Scott, editor: Son, his readers choose his title, not only for its language, but because it represents their community, their interests and their values. Son celebrates the community heroes, for example, people such as Devon Petersen, the first African professional darts champion.

Barnard Beukman, editor: Beeld, referred to the concept of a marketplace of ideas, with his publication offering a variety of voices to ensure robust debate and balancing bad news with stories of hope. Highlighting the adaptability of the Afrikaans community, he identified their key issues as education, the needs of their children, careers and financial security. They comprise an important part of the upper socio-economic groupings in the country.

Netwerk24 houses the full range of Media24’s Afrikaans titles. Deputy editor, Theresa Olivier, focussed on the diversity of the Afrikaans market. She further pointed out that a sub-sector of it, the coloured market, was not homogenous: some people considered themselves Muslim first,  while others did not identify as coloured. A common thread is love of the Afrikaans language, as well as a love for South Africa and its potential if everyone works together.

Staying ahead of the curve

The editors undertook many initiatives to keep their readers engaged. Son’s beloved agony aunt, Antie Mona, will be debuting on VIA TV, for example. The brand also ran the first online Afrikaans comedy competition: the winner who was born in Wellington, now lives in Germany.

Jordaan mentioned that the focus of innovation at Die Burger has been to drive third-stream revenue: Die Spens, a partnership with Food Lover’s Market, is a TV series where celebrities and chefs cook together, updating iconic dishes drawn from the publication’s archives. A second series is in the making.

The appeal of nostalgia also drove the development of Beeld’s Komkommertyd recipe book, where readers were asked to submit their favourite recipe together with a photo of themselves in the kitchen. Beukman noted that the reader participation had been diverse and advertisers who had participated were impressed with the response.

Volksblad editor Coetzee noted that readers of South Africa’s oldest daily newspaper have migrated to the PDF version and the landing page on Netwerk24, with huge growth uptake in the last two months since Volksblad ceased print operations to become a purely digital publication.

The exceptional growth of Netwerk24 (subscribers up more than 200% over the last three years) has allowed great scope for experimentation. Successes include online soapies such as Die Testament and Duiwelspoort – a first in South Africa — monthly audio books, online school classes to help grade 12 and other high school learners through the pandemic and business programming such as Sake en Sauvignon. Looking to the future, Loubser spoke of the possibilities of A.I. and V.R.

Such innovations offer interesting opportunities for advertisers to communicate with their consumers in partnership with publications that are committed to understanding and engaging their readers.