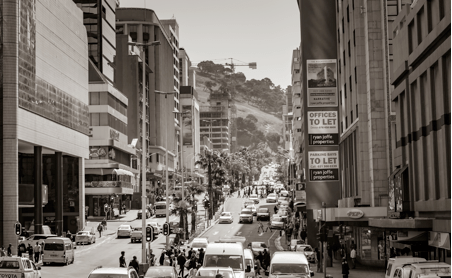 [PARTNER CONTENT] In 2019 nobody in their wildest imagination could have predicted the events of 2020. A virus that would completely cripple economies around the world? Yeah right…

As we head towards the end of the year, we are able to look back and assess the damage that was dealt to the economy as a result of the coronavirus pandemic.

In this article we will be taking a look at the current state of the South African economy and see how certain industries have managed to keep their head above water despite a decrease in overall GDP.

The current state of the South African economy

Many doomsdayers foretold the beginning of the end of South Africa when strict lockdown measures were announced by President Cyril Ramaphosa. During the months of April through to the end of June, where the country was on ‘hard’ lockdown, the economy took a serious knock.

A useful way to assess a country’s performance over a particular period is to measure its Gross Domestic Product. GDP is the overall value (in terms of market value) of finished goods and services that are produced over a certain period of time. Economists and investors use this value to assess the health of a country’s economy. GDP is usually expressed as a percentage of change from one period to the next.

So what happened to South Africa’s GDP during the national lockdown? According to StatsSA GDP fell by 16% in the first and second quarter of 2020. To put this into perspective, the last economic crisis in 2009 only saw the economy experience a slowdown of 6.1%.

This of course was expected when the majority of the country was told to stay indoors with only a few essential services workers being allowed to work. With people unable to operate their businesses or pay salaries as well as a general feeling of uncertainty, it comes as no surprise that South Africa experienced the worst downturn in recent memory.

Not all industries affected in the same way

The strange part of this is that not all industries were affected in the same way. Some industries experienced steady growth while others plummeted into the abyss. For example, agriculture saw an increase in 15.1% while the construction industry fell by a shocking 76.6%.

Another useful tool to determine the health of an economy is to measure the demand for goods and services, i.e. how much people are spending. The amount of money being spent on goods and services is just as important as how much is being produced. As can be expected overall household spending in the second quarter of 2020 was down by just under 50%.

Household spending on food, alcoholic beverages, transport, clothing, tobacco and restaurants fell dramatically. The biggest decrease in spending was on restaurants and hotels, which declined by 99.9%.

Household spending increased in communication, education and water, electricity, gas and other fuels.

But why is this?

When President Cyril Ramaphosa announced that we would be going into a hard lockdown, business began preparing their employees to work remotely. Working from home naturally meant that most households would be required to spend more money on their cell phone and wi-fi bills. This is, of cours,e great news for communications companies such as MTN and Vodacom.

Working remotely was not easy on the pocket and required the majority of South African to look out for the best MTN deals available. The service providers really delivered and consumers were given some great special offers.

With schools closed down this meant that parents had to do the job of teaching their young ones their abc’s (which probably wasn’t easy). This is why we saw an increase in education spending. The majority of parents who could afford it spent some extra money on getting their kids private tutors who would conduct lessons via Skype or Zoom.

What does the future look like for South Africa?

In all fairness, South Africa was not on a good trajectory before the coronavirus made its way to the tip of Africa. With some of the highest numbers of unemployment in the world, load shedding and the unfortunate downgrading of the country’s economy to ‘junk status’, it seemed like we had hit rock bottom. The pandemic proved otherwise…

We have witnessed some strong words from the president and his cabinet with plans to cut government spending in key areas and to eradicate corruption.

Recently Cyril Ramaphosa addressed the UN meeting on financing the ‘2030 Agenda for Sustainable Development’, said that Africa would require an eye watering $100 billion to receive from the pandemic. It is no surprise that developing nations across the world have been hit particularly hard.

The future of South Africa is anyone’s guess. If 2020 taught us anything it was that life is certainly full of surprises.

As things return back to ‘normal’ in South Africa, most people are simply relieved to be able to get back into the gym or to see their loved ones. For others, the grim reality of unemployment and poverty is right on their doorstep.

We remain positive for the future of South Africa despite what the economists have predicted. There remains a lot of potential in the country that is still untapped. We may not be able to go to a nightclub, but at least we have fast internet.