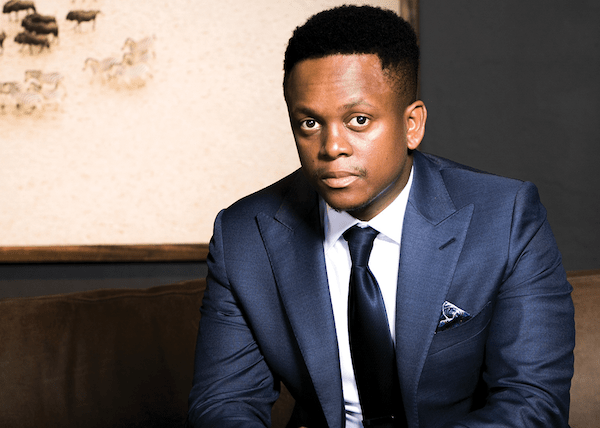 In just a few short years, Legend Manqele has built an impressive, award-winning media brand, producing hot, local reality shows and relaunching Destiny magazine. And, as the The BarLeader’s CEO says, the hits will just keep on coming.

Do you think your name is an accurate reflection of you? Names have always freaked me out because they’ve either boxed me in or they just explain something I didn’t think I was. I thought: ‘I just want to be silent – in the room, but not in the room.’

I think a lot of people strategise about who they are and who they want to be, but I don’t. I’ve gone from venture capitalist to visionary to media executive, and after three or four months, I change it. Like imbewu, a seed from a tree that will bear many fruits, I want to walk into a room and multiply.

Tell us about your journey so far. My journey has been one of passion and fear. I always wanted to be a part of the industry, and was willing to work for nothing – R1 000 per month at Urban Brew for five years – until I’d built a reputation. And after I left, I was asked back to build some shows.

I’ve always been led by love and spirit, but at some level, I was just doing it out of fear, a fear of not being part of something. I had all these scholarships, but couldn’t afford to fulfil them: Juilliard; Yale; AFDA. I wanted the opportunities afforded by a really big education, and acting was part of the goal.

But while I was acting in series on e.tv I realised that the tools for proper development weren’t there, like access to proper scripts. I felt then that the role of actor shouldn’t be my ultimate goal.

What have you learned, and what do you teach or preach? I’ve always been passionate about learning all the rules, then breaking them for people like myself who were disadvantaged, and empowering people within this industry. My goal is really to crack this mentorship thing that people define so loosely. I’ve had opportunities where people wanted to mentor me just by telling me about my career. But real mentorship has process: taking one from A to B, and it must be clear. MultiChoice has Magic in Motion, where they put students in the field; that is key in mentorship.

With the access I have in the industry and the platforms provided by my company, I would like to see succession: the next wave of creatives taking over from the current wave. These people grow and take the front line in your company, and that’s what I want. I hired a lot of small-time jobbers when I first started and essentially mentored eight people without realising it. Now they’re senior, or entry-level senior, and pitch together. That’s the ethos of this company now: bringing in new people in every way.

What, to you, are the most surprising aspects of your rise from sales rep to actor and CEO? I think it’s the simplest thing: I matter and I have value. I now understand that with or without it, I am fine. Ultimately, no job or acquisition matters more than who you are in yourself, and how you matter to family and the people with whom you interact. But business is personal, and I’m constantly reminded of that fact because I’ve grown up with imposter syndrome. I’ve tried to find value and self in these things, and am now constantly reminded that I’m the guy I’m supposed to be, and no job will give me the validation I’m looking for.

What is storytelling to you? At different levels it’s essential to the human fabric. Storytelling is where we get our courage and fuel, from stories that have been told and preserved. I need to be a part of that, and in the next 10 years I want to make sure that people who come after me know these stories, by archiving them. Destiny,for example, isan archive of great people who have achieved so much.

My mission has always been to make sure that we reflect what is out there, what people may not necessarily see for themselves. This is an era where black people are economically independent, with extreme lifestyles and ridiculous money, which is isn’t necessarily used well or for the furtherance of race or others. But these subjects don’t see it themselves until they see it reflected. I love how people react to that. I like to capture popular culture and use it as a tool to get to the most important places. Reality shows have great margins and a great bottom line, but if I didn’t have a vision beyond that, it wouldn’t work for me.

What does this mean for your future? I’m pivoting now, from the fabulous, inspiring excesses of Somizi’s Wedding, to more intentional work, like bringing Kelly Khumalo’s story to everyone else; her trending on Twitter every day won’t help find Senzo’s killer. She’s seen as a black widow, but there is so much more to her story, and I want my stories to reflect where society is; I want to find the common ground. That’s why I started The Bar: I wanted to create this group of companies to tell stories of, document and archive our lives and our aspirations – and our heroes.

Legend Manqele launched The BarLeader in 2014. A truly urban African multimedia film and television business, it is home to authentic creativity that makes BarLeader the production house of choice for brands who are committed to growing the African media landscape through telling our stories with dignity and pride.