LATEST NEWS
Home Press Journalism from the ground up

Journalism from the ground up 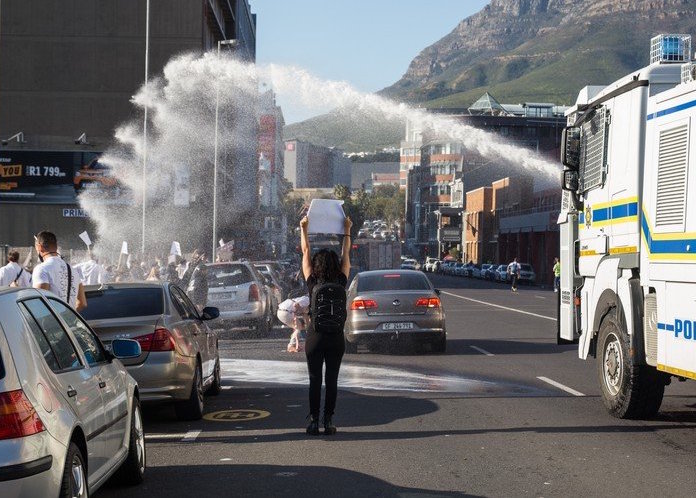 Print and online media is under threat. Dwindling subscriber support and a drop off in advertising revenue has inevitably led to media owners shaving costs and in a number of instances, closing and merging magazines and newspapers.

To prevent lapses in the quality of journalism, publishers and broadcasters have turned to specialists to provide content in support of news teams.

Nathan Geffen is the founding editor of news agency GroundUp, which was formed in 2012 as a joint initiative of the Community Media Trust and the University of Cape Town’s Centre for Social Science Research.  The articles produced by the agency are made available under a Creative Common Licence to news publications.

In a refreshingly frank manner he reveals why he sees himself as ‘an imposter’ in the media sector, the importance to journalism  of philanthropic donors,  mentors, what it takes to report on subjects others would rather keep under wraps and the dangers of Twitter.

Geffen refers to himself as ‘an imposter’ in the media space as he did not make his way through journalism ranks.

“My science faculty training does come in handy from time to time, especially when it comes to editing and reporting health news,” he says, and wonders if he would have done things differently and “made fewer mistakes”.

The work GroundUp has done in uncovering corruption at the National Lottery Commission, for instance, suggests he is more than on the right track and a few mistakes are acceptable particularly given the dangers inherent in investigative journalism.

Geffen will be satisfied “when the grand scale corruption in the Lottery comes to end and the main crooks are given prison sentences”. Recent reports suggest that progress is being made although he is preparing himself as, “disappointment may be inevitable.”

Read more: The woman who tried to stop the lottery rot hounded out

He has benefitted from mentors and names Alide Dasnois as an important mentor. He suggests we learn “all the time from our peers, our friends, family and those who report to us. Every GroundUp staff member has taught me something at some point, more than once”.

GroundUp is funded almost entirely by philanthropic donors, mostly large ones that do not interfere with their work.  A steady stream of smaller donors is starting to make an impact on their finances and no doubt are influenced by the quality of their award winning work.

Unlike many if not most journalists he is highly sceptical of Twitter. “There is not a single journalist, in fact not a single person, that I think more of because of their Twitter persona. On the contrary, our Twitter personas almost always reduce the quality of our public output.  What you do on Twitter is ephemeral and of little value. We shouldn’t confuse temporary Twitter adulation or having a large following with valuable work that has integrity.”

He firmly believes in sticking to tried and tested journalism principles. “If you write a very good article and publish it with a reputable publication where it will get well edited – because almost every useful article can benefit from editing – it can have long-lasting value and build your reputation as a competent reporter. And I’m not only referring to ‘serious’ journalism. Even writing a comic piece or about cricket can be a long-lasting work of integrity.

“But continuously saying whatever happens to be on your mind in public, in a throwaway sentence or two, via social media, is extremely unlikely to be of value. And as we know from numerous examples, one ill-considered tweet can be career-ending. It’s all so pointless. There are journalists I wouldn’t hire because I’m put-off by their Twitter personalities.”

He describes the removal of his Twitter and Facebook accounts as one of “the healthiest things I’ve done in years.”

Individuals suffering from low esteem are likely to ignore his call for an end to the mindless pursuit of social media.

Sandra Gordon is deeply schooled in marketing, with experience in media, advertising, branding, communication, public relations and publishing (print and online). Currently CEO of the Iconic Group, a savvy collection of entrepreneurial companies offering services across the marketing and communication spectrum, including Stone Soup PR. She is the former publisher of The Media Online and The Media, and founder of the MOST Awards.