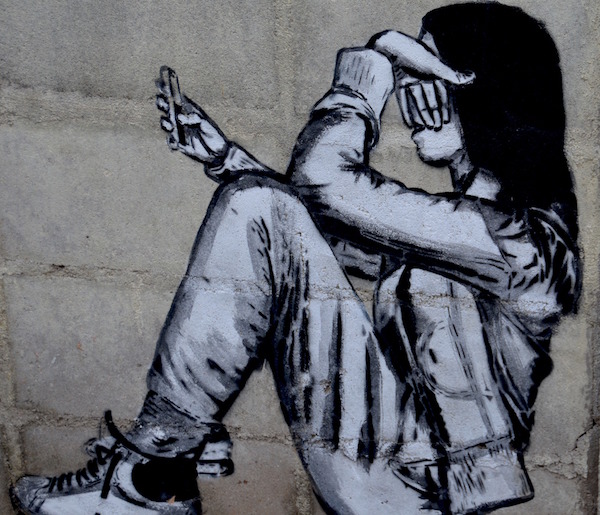 Nearly three-quarters (73%) of female respondents to our survey – taken by 1210 international media workers – said they had experienced online abuse, harassment, threats and attacks. And 20% of the women surveyed reported being targeted with offline abuse and attacks that they believe were connected with online violence they had experienced. The survey, which concluded this month, was fielded by the International Center for Journalists (ICFJ) and the United Nations Educational, Scientific and Cultural Organization (UNESCO).

Online violence is the new frontline in journalism safety – and it’s particularly dangerous for women. In the digital environment, we’ve seen an exponential increase in attacks on women journalists in the course of their work, particularly at the intersection of hate speech and disinformation – where harassment, assault and abuse are used to try to shut them up.

Misogyny and online violence are a real threat to women’s participation in journalism and public communication in the digital age. It’s both a genuine gender equality struggle and a freedom of expression crisis that needs to be taken very seriously by all actors involved.

In 2017, the Committee to Protect Journalists reported that in at least 40% of cases, journalists who were murdered had received threats, including online, before they were killed. The same year, two women journalists on opposite sides of the world were murdered for their work within six weeks of one another: celebrated Maltese investigative journalist Daphne Caruana Galizia and prominent Indian journalist Gauri Lankesh. Both had been the targets of prolific, gendered online attacks before they were killed.

Parallels between patterns of online violence associated with Caruana Galizia’s death and that being experienced by another high-profile target – Filippino-American journalist Maria Ressa – were so striking that when digital attacks against Ressa escalated earlier this year, the murdered journalist’s sons issued a public statement expressing their fears for Ressa’s safety..

Likewise, the death of Lankesh, which was associated with online violence propelled by right-wing extremism, also drew international attention to the risks faced by another Indian journalist who is openly critical of her government: Rana Ayyub. She has faced mass circulation of rape and death threats online alongside false information designed to counter her critical reporting, discredit her, and place her at greater physical risk.

Pointing to the emergence of a pattern, the targeting of Ayyub led five United Nations special rapporteurs to intervene in her defence. Their statement drew parallels with Lankesh’s case and called on India’s political leaders to act to protect Ayyub, stating: “We are highly concerned that the life of Rana Ayyub is at serious risk following these graphic and disturbing threats.”

Physical violence against women has increased during the COVID-19 pandemic, in what is called the “shadow pandemic”. At the same time, online violence against women journalists also appears to be on the rise. In another global survey, conducted earlier this year by ICFJ and the Tow Center for Digital Journalism at Columbia University as part of the Journalism and Pandemic Project, 16% of women respondents said online abuse and harassment was “much worse than normal”.

This finding likely reflects the escalating levels of hostility and violence towards journalists seen during the pandemic – fuelled by populist and authoritarian politicians who have frequently doubled as disinformation peddlers.

Significantly, one in ten English language respondents to the ICFJ-Tow Center’s Journalism and the Pandemic survey indicated that they had been abused – on or offline – by a politician or elected official during the first three months of the pandemic. Another relevant factor is that the “socially distanced” reporting methods necessitated by coronavirus have caused journalists to rely more heavily on social media channels for both newsgathering and audience engagement purposes. And these increasingly toxic spaces are the main enablers of viral online violence against women journalists.

Since 2016, several studies have concluded that some women journalists are withdrawing from frontline reporting, removing themselves from public online conversations, quitting their jobs, and even abandoning journalism in response to their experience of online violence. But there have also been numerous cases of women journalists fighting back against online violence, refusing to retreat or be silenced, even when speaking up has made them bigger targets.

What can be done?

We know that physical attacks on women journalists are frequently preceded by online threats made against them. These can include threats of physical or sexual assault and murder, as well as digital security attacks designed to expose them to greater risk. And such threats – even without being followed by physical assault – often involve very real psychological impacts and injuries.

So, when a woman journalist is threatened with violence online, this should be taken very seriously. She should be provided with both physical safety support (including increased security when necessary), psychological support (including access to counselling services), and digital security triage and training (including cybersecurity and privacy measures). But she should also be properly supported by her editorial managers, who need to signal to staff that these issues are serious and will be responded to decisively, including with legal and law enforcement intervention where appropriate.

We should be very cautious about suggesting that women journalists need to build resilience or “grow a thicker skin” in order to survive this work-related threat to their safety. They’re being attacked for daring to speak. For daring to report. For doing their jobs. The onus shouldn’t be on women journalists to “just put up with it” any more than we would suggest in 2020 that physical harassment or sexual assault are acceptable career risks for women, or risks which they should take responsibility for preventing.

The solutions lie in structural changes to the information ecosystem designed to combat online toxicity generally and in particular, exponential attacks against journalists. This will require rich and powerful social media companies living up to their responsibilities in dealing decisively, transparently and appropriately with disinformation and hate speech on the platforms as it affects journalists.

This will likely mean that these companies need to accept their function as publishers of news. In doing so, they would inherit an obligation to improve their audience curation, fact-checking and anti-hate speech standards.

Ultimately, collaboration and cooperation that spans big tech, newsrooms, civil society organisations, research entities, policymakers and the legal and judicial communities will be required. Only then can concrete action be pursued.

Survey results are non-generalisable because they are based on a self-selecting group of journalists and other media workers. The survey is part of an ongoing global study commissioned by UNESCO.

Johann Petrak, Research Fellow in the Department of Computer Science at the University of Sheffield, assisted with data analysis. Dr Pete Brown, Research Director at the Tow Center for Digital Journalism at Columbia University, conducted the quantitative analysis of the data presented from the Journalism and the Pandemic Project.