Seven days on Twitter: #Brackenfell – Another day another racism story 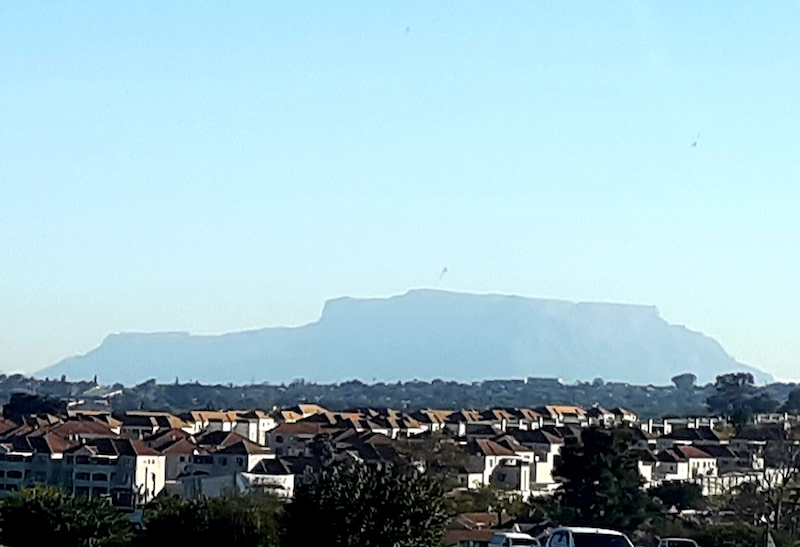 You thought 2020 was done; hold my beer, said #Brakenfell! From what I’ve read it appears that there was no matric farewell unless you include the “private” matric party where 42 white pupils attended and two white teachers.

That is where it started, and that’s where the #EFF entered the room. One glaring omission from this debacle was SAPS.  The streets outside the school turned into a brawl because of systemic racism, when are we going to address the problem itself South Africa?

We cannot have these stories every second month and not see the big picture. Racism is so ingrained in our society that it must be ‘unlearned’. Something that is not going to happen with a baseball bat being used on a woman.

Media broke that #Brackenfell have had a litany of stories over the past year and students made it clear that this was not the first time they found themselves excluded or belittled. If you buy the EFF version of events they were actually just delivering a memorandum and if you buy the parents’ version they were there to protect their kids. Both valid, but the end result was that a set of school children were thrust into the middle of a racial mess during exam time. That bit is unacceptable.

Madonsela nailed it when she said that children should not be used as “political footballs”.  The Western Cape has a great deal to answer for if all these allegations at #Brackenfell are true.  The DA called the EFF “Nazis” in response, wasn’t that helpful?

If you think racism isn’t systemic, please follow the case of Kganyago vs Lungisa, here Lungisa is being sued for 500k for using the K word on a fellow black man. When will this end? Only when we address it. The Kathrada Foundation has been banging on for years about how this should be addressed from the ground up, when will we listen?

And today, for my birthday, I hope to get a warrant served on the my favourite favourite #AceMagashule!  Hopefully it will be done and dusted by the time you read this report, afterall a special NEC meeting was called, sad that the EFF leak disappeared from those meetings because I would have loved to be a fly on the wall.

There are a few others I have zero love for, one is Jessie Duarte.  Why are there so many women to hate in the ANC?  That makes me super sad.  #DuduMyeni #BathabileDlamini #JessieDuarte #Mokonyane and so many others…saddies! Ace of course says he did nothing wrong; I assume he doesn’t have YouTube or watch #ZondoCommission because he’s been named more times that a street sign in Pretoria.

The #ByElections were interesting; did I read right, not a single seat for the #EFF, marra what happened Juju? And as for the #DA, how is that new FF+ rhetoric working for you guys? This while your schools are marred with racism and Khayelitsha burns in protest for service delivery, years and years we’ve been back and forth on the great divide that is the Western Cape, groundhog day.  When will we fix this systemic problem? One good giggle was that the IFP took Nkandla from the ANC, that must have hurt JZ ne?

The scariest stat of them all was released this week 43% unemployment, that’s almost half of our employable nation without work. Did you let that sink in?

Zuma vs Zondo is heating up as uBaba keeps throwing legal letters around, I suppose he’s going to use a #MyeniType response.  He just can’t say he’s guilty by association but he may very well incriminate himself on the 900 odd other charges he faces.  It’s really time South Africa.

I mean if you watched  #ZondoCommission this week, you’d have seen testimony about Denel and that SOEs were on autopilot to loot.  One witness after another tried to shift blame for blatantly ignoring company law to an exasperated DCJ Zondo.

In other news #Cele held a safety imbizo on farm attacks, #JMPD shutdown parts of Joburg as protesters slammed cars with stones and bricks

The headlines rolled out; Mkhize implicated in massive fraud and corruption, my heart sank, like most of the nation I have got so much respect for the good Doctor. Fortunately it appears that the Mkhize is not going out like that, he came out frothing saying that Montana was simply mudslinging.  I certainly hope so.

Richard Mdluli was too sick to appear in court.  Horrible images of Agrizzi made their rounds on social media, please don’t die Angelo, we need you (I can’t believe I’m even writing this).  #Omotoso lost his bail application and we nodded our heads in appreciation only to later learn of Bishop Zondo who seems in the same league and is accused of raping a seven-year-old and horrific crimes.  Help guys, anyone helping here?  These are tiny kids!

Zane Kilian appeared in court. So here’s a business idea, when will they put on #TrialTV, I’d even pay a subscription for the court cases I want to watch, am I sick? There’s nothing on SABC anyway, maybe we’d pay our license for that? If you do run with the idea, I’m not going to insist on being paid my cut, remember #Makate and the #PleaseCallMe saga, can you believe that’s still going on?  I mean that poor man’s grandkids may see his money, this is so unacceptable.  Why haven’t you brought Vodacom to a standstill #EFF?  Easier to deal with a matric dance hey?

Pfizer are going to save us apparently, but the CEO cashed out 60% of his stock.  I am not hedging my bets yet.  Our outgoing Auditor General, Kimi Makwetu died this week and tributes poured across timelines, another good man down.

Biden won, Trump didn’t care he’s carry on regardless, blocked Joe from the Oval Office because he is so mature like that.  When I read the word “blocked” I thought it referred to Twitter, but here we are.

It’s my birthday so can I not talk about news anymore please?