Seven days on Twitter: What did I just watch? 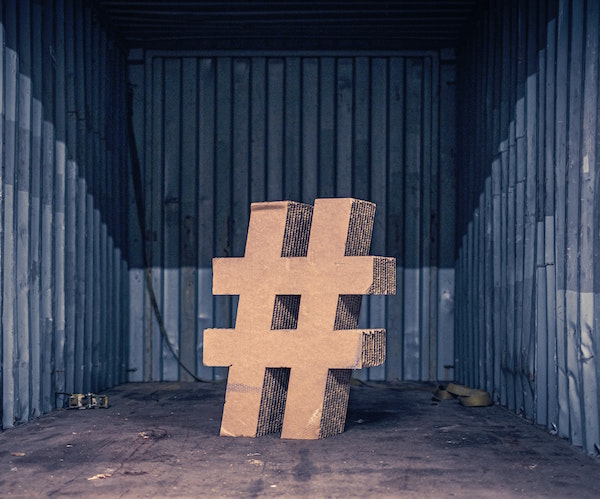 What did I just watch? That was the comment on my lips each time I turned on the news this week. Is this April Fools Day in advance or just more 2020 madness?

How dare you? How very dare you Jacob Zuma? You arrogant, unaccountable, law breaking criminal. How dare you? Your impunity and ego are the very reason why we must insist as a country that the buck literally stops here. If we have to shut down the entire country – so be it.  #EnoughIsEnough.

Every single person, crook or not has sat in that chair and been examined by the #StateCapture Commission’s team, even your bae #DuduMyeni, yet YOU, you who left our country empty, dry and devastated, stood and turned your back and walked out on DCJ #RaymondZondo and the whole country.

What did I just watch? I had a feeling the good Judge felt the same way as he basically said, “Well..” and cleared his throat… “Mr Zuma is under summons.”

In other words, #ArrestZumaNow. Contempt does not even come close to the word he should be charged with, but I’ll take it. If there is not a charge sheet out today, I predict chaos and a rise in civil society.  We truly have had enough.

Thirty-four witnesses put you name behind #StateCapture, Jacob.  This is not a game. Civil society came out and will continue to come out in their numbers and with legal force ready to jump at the opportunity to charge you uBaba, it must be so. It is the law. The law in a lawless vacuum that is your ridiculous world. #ArrestZumaNow

And then there was the #AceMagashule rally, I mean, seriously, what did I just watch? He couldn’t have paid all those people, well I suppose he could have, but my word what a crowd. What does this even mean? He stole the very houses you are meant to have yet here you are rallying behind #MrTenPercent?

And then that death knell that is a PA. Ah you guys who need women to manage your diaries, some are more crooked than you are, others will put you behind bars because you can’t be bothered to read your own emails. Ace Magashule’s PA turned state witness this week; isn’t that brilliant page turner?

One thing’s for sure there are more jaw-dropping moments in South Africa than on any Netflix show.  I would like to say that she’s a brave woman, but the truth is she was cornered and chose the side of the law when she had no further choice. I don’t really care, I just want to see these tsotsis go to Leeuwkop.

Bushiri? What did I just watch? Are you serious? So, firstly, the magistrate in South Africa must be investigated; there is a money trail here, I stake my head on it, she has to have been paid. We all knew they were going to leg it, so why weren’t the cops and borders on high alert?

Well I suppose with enough stolen dosh you can call up a SADC President and loan a diplomatic plane? Yip they turned up in Malawi where the followers took to the streets and held a vigil for a pair of gangsters that walk around with a Bible in their hands. A word to Bushiri followers, you profess to believe in God, yet you are defending a man who has broken every commandment or teaching written in the very book he holds above his head.

I digress – just hate it when people use God as leverage. God doesn’t need you. You need Him. You better work that out.  Again, I digress. So, there they go and trot off to Malawi for fear of their “safety” and that’s apparently all good.  They are brought to court in Malawi only for the Malawian government to say “not my business” you shouldn’t have been arrested here at all… NEXT.  And out they walk.

What did I just watch? I’m not making this up. I promise.

Then another loss for the arts #Mshoza died this week. The outspoken Kwaito artist and Instagram queen lost her life at 37 because of diabetic complications. Even in her death the people with zero respect continued to refer to her skin lightening over the years as if that is important when a young successful woman dies.

What did I just watch? Shame on you.

We should talk about the #SABC. I have worked with this organisation for years, and although the organisation as a whole is a shambles, I have never met better people working on the ground than I have at the SAUK.  They are grafters and often held by a noose that is politics and they fight, boy do they fight to bring you real news.

This week they reported a R511 million loss and then a report came out that the average wage at the SABC is R791 000 per annum. I can tell you for certain that is not what the people you see on the TV and behind the scenes are earning. Those are the fat cats taking much more than R790k making your average number much higher than it actually is. The impact of your funny numbers SABC board is that 400 people’s jobs are at risk, are they the fat cats, of course not, that would make sense. They are those grafters that bring you news and media excellence every day.

What did I just watch, or will I even be watching anymore?

I feel a bit like Twitter this week; they had a glitch in the machine and every post (just about) was followed by an info message from Twitter saying: “This claim is disputed”.  I can run with that, put that on everything; it’s about right, right?

The week got weirder if you can believe it, the matric maths paper was leaked before the exam and the Department is unsure if they will issue a re-write, seems from a young age cheating is not frowned upon. Look I get it, the Class of 2020 has had it very rough, but we cannot have children leaving for the workplace without basic maths skills. Seriously, am I working in a vacuum here?

Then the taxis’ strike and the roads were a bunch of car soup. We understand your force and power Taxi SA, can you use it for good? Stop the highway when the tsotsis try to get to the airport?

And here comes #BlackFriday in a year we cannot feed our children, we cannot educate them, and we cannot house them because of unaccountable politicians and a cesspit of corruption across all business in South Africa.  Go ahead spend your rands, what’s the point, if you can walk away with a fraction of the bill once you’ve overspent (because that’s what we are being taught) then go ahead.

Side note, did anyone arrest #MarcusJooste? I missed that, oh no wait, it’s not a serious enough crime for jail time, stealing money from the weak and the old, nah that’s just a small fine. Nothing to see here folks.

The President turned 68, I didn’t realise he’s a Scorpio. I like that, a lot. We have a sting and when we release it – drop for cover.  It’s time Mr President, the laws of our country are being flaunted as optional, let’s see that forked tail sir!

Cape Town had another earthquake, only news because it’s Cape Town, maybe it was that foiled assassination attack within the DA that made the ground shake? Just wondering out loud.

Across the waters Trump went grey overnight, the orange left the hair, wonder if it will leave the face too? Some jested that he went from gold to silver as he lost the election; oh how I laughed. And that’s all there is to report on America, if you’re like me, I’m over it.

There is good news though, Emirates partnered with SAfair. I adore #Emirates, they do good things and they do them with style. I don’t need the flight though, but many do. I’m ok here, I had an epic experience with an Octopus and no it wasn’t the documentary, it was real, majestic and humbling. I love diving, there is no signal and no one cares about news. Not a single fish or human. That’s a good life right there. #HappyDays