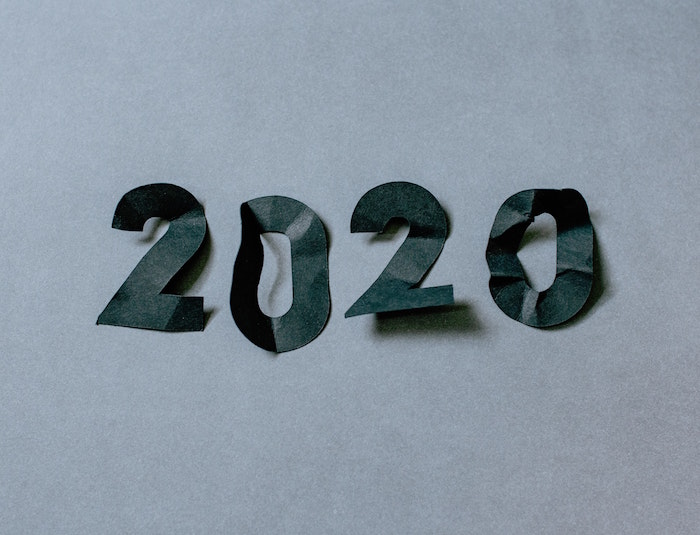 I heard a loud pop. I was running back towards the studio at the start of my show when my Achilles tendon snapped.

It was May 2019 and I had recently made a major career change to host Upfront with Refilwe, a mid-morning show on talk radio station CapeTalk, and was bracing myself for the challenge of taking over the station’s breakfast show slot. I would be applying decades of economics and finance-focused expertise to hosting a three-hour talk show.

It was a challenge I couldn’t wait to jump into – engaging with the Cape Town audience on an intimate level about real issues. It seemed a cruel fate that my accident would happen just as I was rearing to go, and delay our launch date by a full quarter to September.

I consoled myself that 2020 would be the chance to remedy the false start. So, we kicked off the year with great gusto and all the usual Cape Town topics – the year ahead, politics, business and the economy, race, crime, rising gang violence and inequality. In a sense, Cape Town’s divides are an intensified microcosm of the country’s, so I loved every moment, especially highlighting underrepresented issues and points of view from outside the City Bowl.

On 21 January I distinctly remember breaking a story about a novel, yet unnamed, virus that had popped up in Wuhan. No one seemed too worried. China had seen SARS outbreaks before and this virus seemed similar. Exactly a month later, the first Covid-19 case was identified in Milan and Italy exploded. Overnight, the virus had become a regionalised, but globally watched issue.

At that time, we didn’t know what testing looked like. The word ‘droplets’ became a more familiar part of our lexicon. We heard how vulnerable certain sections of the population were. The horror stories from triage units and ICUs in Italy began to crystalise the human toll of the headlines, and we started hearing about a wider range of national responses.

Then our turn came, on 23 March, when President Ramaphosa announced 21 days of lockdown, and a renewed sense of Ramaphoria swept the airwaves: our president was leading us into battle and we filed behind his clarity and direction. My birthday was on the second day of lockdown. Zoom was a novelty and a virtual birthday party was a big hoot. I drank way too much of my lockdown stash – because it was only three weeks, right? Right.

My show DNA has always been to inform, empower and enthuse. This global pandemic gave us the opportunity to really live up to that mandate. We worked tirelessly to disabuse rumours, panic, disorientation and confusion. We chartered a clear course for the robust and clear story that was emerging with new information every day, backed by leading local and global scientists and policy makers.

This was tougher than it sounds amid waves of doubt, disinformation and dissent – remember when the World Health Organisation (WHO) wasn’t sure whether masks were a good idea? We scoured as far as epidemiologists in Czech Republic whose infection rates bucked the European trend, the Head of WHO Africa as she flew between HQ in Congo Brazzaville and Geneva and every country in-between to partner with Presidencies across our poverty-stricken, conflict ravaged continent, and New York Times investigative journalists braving the depths of the Amazon to learn lessons from scientific and social responses across hard-hit Brazil. We also immediately started focusing on the social impact, the stigma and the loneliness here at home.

And then lockdown was extended, and the impact on businesses and incomes could no longer be absorbed. The longer the lockdown dragged on, the blurrier the rules became. We couldn’t buy stationery to home-school our children, flip-flops and short sleeve t-shirts became a debacle, we had a 180 degree turn on cigarettes. And public sentiment went completely dark.

As a show we were battling to inform unequivocally, empower thoroughly and enthuse genuinely. Getting unambiguous information from government became arduous. I remember my frustration trying to pin down Ebrahim Patel, Minister of Trade, Industry and Competition, as he had ultimate say over the list of goods that could trade. Nothing. And while the public mood shifted and government stopped engaging with the media, data around the world looked bleak.

The Cape Town audience tends to be quite myopic at times. But at the same time, the great thing about a hyper-regional talk radio like CapeTalk is that you get to the very bread and butter issues of people’s lives. You hear about the frustrations, the emotional and psychological impact first-hand. By then we had established a culture of debate over complaint with our audience, they were becoming far more involved in collectively talking towards solutions and as bereavements and joblessness hit families one by one, my show became focussed on highlighting the personal, human, impact of the virus.

The Strandfontein lockdown camp, set up for a large group of homeless dwellers from in and around the CBD, was perhaps the most visible and jarring display of our country’s class fractures and the City’s discriminate support for residents. After CapeTalk listener and community worker, Toni Tresadern, infiltrated the camp in April, in search of some homeless individuals she supports through Thandanani, she exposed to our show and listeners what she could only describe as “a concentration camp”.

We then established a relationship and rapport with one of the leaders of the homeless contingent, and got ongoing insight about the poor management of COVID-19 protocols and PPE, sanitation facilities, general City engagement with the group, and erratic movement of the group, many of whom were dropped under a bridge in the CBD after weeks of being held in Strandfontein, to fend for themselves in the end.

The range of stakeholders who were coming to their aid was vast and moving – from NGOs to lawyers and individuals alike, an awareness of and compassion for residents of Cape Town who are living rough has been remarkable.

For some it has come at great personal cost, like another listener Peter Wagenaar, a resident of the upmarket Atlantic Seaboard, who fell victim to intimidation, doxxing and ultimately an arson attack on his Mini Cooper because his feeding homeless people from his car near his home upset residents who didn’t appreciate seeing the blight wrought by our crippled economy and this disease on the doorsteps of their expensive properties. The burnt out Mini can still be seen where it took its last stand: it has been painted and decorated by artists and fellow compassionate residents and Peter has turned it into a mobile artwork to raise more funds for social support of the homeless in the area.

It is a beacon of humanity in a divided Cape Town, and the start of many a bridge to come between our varying walks of life.

By June, the educational, political and business debates around the Covid-19 virus became a prominent feature of discussion. Lobbying groups started to gain traction; some of them backed by political parties. We saw a country fall out of love with its government. And we started to see the fracturing of government’s united front.

By the time we came to the end of hard lockdown – my show switched mode to focus on support. Some listeners were really struggling and we tried to funnel help in the best way. We made a point of engaging the frail economy sector by sector, as the government relief efforts became more fragmented – some lobbying groups’ points of view were very well-represented, while others such as artists, local musicians and freelancers were not. It became a serious balancing act to get the stories out there that needed to be heard; to keep spirits up while still presenting a hard news show.

I was also starting to feel strain. Living in the Western Cape, far from my family and isolating alone made my reflective time stoic. The show was thus a godsend of purpose every day, and being an essential worker allowed me the company of a distant water cooler ‘hello’ every day. But, throughout the pandemic I felt an enormous responsibility to carry strangers through this global trauma, and as a rookie – with a smile, remaining somewhat light-hearted while delivering crushing news blows every hour.

While I had an overwhelming sense of being the right person for this at the right time, it was difficult to ascertain who would carry me in the moments when I tire. I had lost a number of family members to this disease fast, far away and cruelly unceremoniously; I attended their virtual funerals routinely from my bed under the covers of my duvet – the closest I could get to a hug. I was booked for reconstructive surgery on my other foot, and between arranging logistics and my fear of the highly invasive procedure, recalibrating halted revenue streams in my other ventures and this constant grief, at work and at home, the year had taken a personal toll.

I sometimes felt that I could just stay there until this whole thing blew over. But of course, we knew that wouldn’t happen. Thankfully we had contained the virus really well by spring but the mammoth task of rebuilding the country was looming.

By October the country was at the end of its tether. UIF hadn’t been paid since April, exam time was coming up, we started to realise how dirty the public processes were and how rife Covid-19 tender fraud truly was. We were done with the President not engaging with the press and not taking questions; our listeners were coldly shocked out of their Ramaphoria. And then, we realised a great thing: Government wasn’t getting us through the pandemic. We were. We were standing together as a country, staying home and masking up, we were the ones helping one another, donating, saving our faves, picking one another up.

And I saw hope…

And I saw hope. Regardless of all our diverse, conflicting and contesting intentions and desires, we stood together. For months we couldn’t emigrate, steal, toyi-toyi or buy our way out of the pandemic. We all had the same fate. There was a sense of being there for one another – the opposite of what we usually experience on air in angry, finger-pointing talk radio.

We haven’t come out of the pandemic as ‘one’. Not by a long shot, Brackenfell’s racial clashes are a case in point. And like the second Covid-19 wave, such structural imbalances in South Africa will periodically rear their heads. But for a couple of months we had the opportunity to talk about our commonalities. The on-air rhetoric now is nothing like it was mid-lockdown. I’ve noticed a notable shift in worry for one another. A communal empathy – a ‘we’. We have to stay inside, we have to stay safe…

So, in a sense, 2020 became a personal journey to get back on my feet. Literally. It also became a year to help my audience find theirs as they navigated what would become the biggest pandemic of our time.

I think we achieved a sense of mutually assured survival. The majority of us is far more conscious of it. We have a greater understanding of situations of fellow residents in vastly different economic, social, geographic strata that we may otherwise have never met or considered, and of how do we live together. My hope is that we deepen our newfound awareness into understanding, and ultimately, empathy for our shared humanity into 2021.