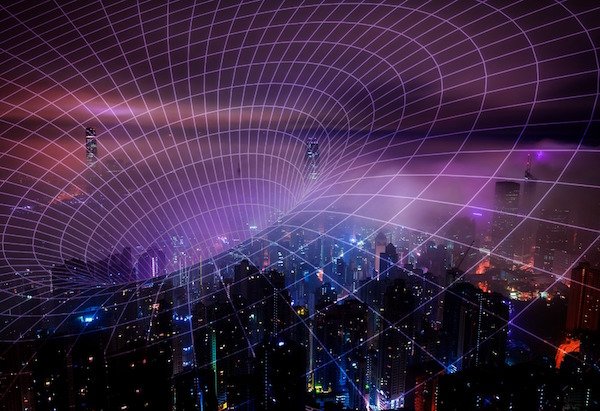 5G is fast. Really, really fast. Its millimetre wave spectrum can achieve up to two gigs a second. That is gee-whizz fast. Most of us have also figured out that it probably won’t be weaponised like the seizure-inducing McGuffin that acted as the plot device for the latest iteration of Charlie’s Angels.

This is the one where Sir Patrick Stewart enacted the role of a senior citizen reluctant to retire after being handed his marching papers. This Bosley just wouldn’t go quietly into the night and refused to make way for the next generation of femme fatale super spies to follow him.

Business as usual if you ask me. Survival is after all one of our primary directives, a human imperative that we project onto our technology. Therefore, unfounded negative rumours that act to the detriment of new technologies is surprisingly not a new thing. Add to the mix a calamitous event, such as our current Covid-19 crisis, and you have a richly composted soil for all kinds of conspiracy theories take root in.

Needless to say, just like the cell phone is not going to cook our brains any day, 5G is unlikely to be the next tool in big brother’s arsenal of subjugation. It’s actually probably safer than the frequency that 4G is currently running on. So, how then, you might ask, is it going to benefit us? Let’s get back to the movies, shall we?

Hollywood wants to make money, but this is becoming increasingly difficult in a socially fractured world where opinion has been politicized by social media and attention grow ever less grabbable due to the flood of consumable media that the internet has let loose.

Fortunately, when it comes to innovation the movie business does not shy away and this is where 5G begins to align with their business models, that of making a product that people want to engage with enough to open their wallets.

The producer James Cameron understood this relationship between the movie business and technology so well that he rolled out the latest 3D tech to the world making his blockbuster, Avatar, one of the most successful movies of all time. This is not a trend that is about to stop in its tracks. Interestingly, according to the experts, the next big thing to come around in entertainment already exists in a rudimentary form but is now set to be revolutionised by the possibilities that 5G has made possible by its gee-whiz data velocities. It’s called gaming.

We are all gamers

Believe it or not, we are all gamers. We have been playing and learning from them since childhood. As the mind matures our games change but not the nature of our engagement with them. Like any game a computer game is, at its core, a pursuit that engages the player with challenges which result in reward with success and punishment with failure.

Even though the success and punishment is artificially induced by the rules and structure of the game the evolutionary psychology that drives engagement still evokes a sense of achievement that rewards the player with a dopamine trickle during the game and a rush of the stuff in victory.

At first, computer games were very rudimentary, but they grew ever more complex in pace with the maturation of both technology and their market. Over time games began to move into the storytelling space once traditionally occupied by Hollywood and the inevitable crossovers began to happen, to the benefit of both forms of media.

The next natural step from crossover is amalgamation. Combine the visceral engagement of games with our ability to suspend belief and immerse ourselves in the plot of a movie, and you will begin to see where the future of entertainment is heading.

The next big jump in movie technology is going to make you the star and the stage will be set by Hollywood and Silicon Valley together. The only reason this imminent future will be possible is that 5G is so 5Gee-whiz fast. Without this speed the VR tech that will make your starring role possible would be nothing more than vomit-inducing face-huggers.

VR tech requires large amounts of data rapidly to draw those real definition virtual worlds into existence, at the highest possible framerate, around you. If the virtual world you are observing is not rendered silky smooth you will experience nausea. This is a deal breaker. I wouldn’t watch a movie that makes me vomit.

Ready for Ready Player One?

Immersion into this new 5G enabled reality won’t stop there. Considerable research is going into haptic technology at the moment. I am talking here about gloves that let you not only interact with the virtual world but also literally feel it with your hands.

This further extends to suits that will deliver full-body immersion and omnidirectional treadmills that will allow you to naturally move around in this hybrid movie game world of the near future.

Entertainment is not the only front that 5G will impact significantly. All technologies reliant on data will boom. The internet of things can now be a thing. AR will be able to directly access supercomputers to see and interpret the real world effectively, and by extension so will self-driving cars. 5G is nothing less than the next technological revolution.

It is a disruptive technology that will turn every device into a supercomputer. It will change the world but it should not be something we fear, but something we embrace with the childlike wonder we seem to have forgotten. Rather be afraid of nuclear technology. It might seem old like Bosley but it can still kill everybody.

Maybe we have become just a little bit too cynical and a little bit too fearful. We forgot that we were once kids who loved playing games, pretend and jumping off stuff. Let’s start doing that again.

Gee-whiz, can you imagine the possibilities?

Paul Jackson is Chief Executive Officer of GREY Johannesburg. GREY is the advertising network of GREY Group which ranks among the largest global communications companies and its parent company is WPP. Jackson leads a team of creative thinkers and says he is a visionary, big picture thinker and believes his role is to lead and build a distinctive creative business culture.