LATEST NEWS
Home Press Public trust in the media is at a new low: a radical rethink of journalism is needed

Public trust in the media is at a new low: a radical rethink of journalism is needed 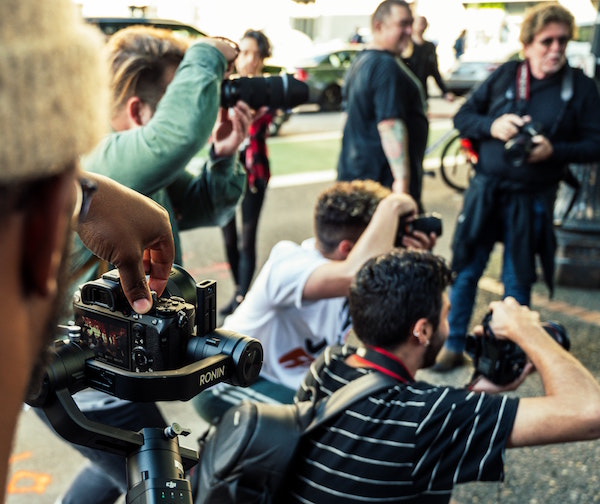 A recent report by an independent panel on the ethics and credibility of South Africa’s news media makes for worrying reading.

The panel, headed by retired judge Kathy Satchwell, was commissioned by the South African National Editors’ Forum following a series of ethical lapses by the Sunday Times. The paper dominated the country’s media landscape for over 100 years. As the largest by circulation it was also considered the most powerful newspaper.

The lapses included factual inaccuracies in reports on allegations of police killings as well as reports on alleged illegal deportations of Zimbabweans. Another major story was about an alleged ‘rogue unit’ within the South African Revenue Service.

The panel found that the newspaper had ‘failed in the most basic tenets of journalistic practice’.

These failures included not giving any – or adequate – opportunity to affected parties to respond to the stories pre-publication. Others included failing to seek credible and sourced validation of the allegations made against individuals.

The panel concluded that the failures had caused great emotional and financial harm to the people concerned, their families and their careers.

The newspaper has since apologised for the reports, and retracted them.

Having ethical lapses on such a major scale can only further erode the public’s trust in the media. More recently, investigative journalist Jacques Pauw’s admission that allegations he had previously made in a Daily Maverick column were based on distorted facts led to a widespread outcry. It was pointed out that Pauw not only undermined his own credibility, but also further eroded trust in journalism.

It is clear that South African journalism has much work to do to rebuild this lost trust. Not only for their own sake, but in view of the growing crisis of disinformation. The panel’s report refers to the Global Disinformation Index which suggests that 41% of South Africans distrust the media. And a worrying 70% have problems distinguishing news from ‘fake’ news.

So, how should this rebuilding of trust be done? Clearly not by merely superficially papering over ethical cracks, nor overhauling the well-functioning media regulatory system. While apologies for and corrections of mistakes are important to show public accountability, journalists should also recommit to the principles underlying these processes.

The country’s press code highlights the public interest as the central guideline. This entails, aside from striving for truth, avoiding harm and acting independently, the reflection of a multiplicity of voices in the coverage of events, showing a special concern for children and other vulnerable groups, and being sensitive to the cultural customs of readers and the subjects of reportage.

This emphasis on diversity of voices and awareness of social context should be the starting point for any attempt to regain the public’s trust. As the code states at the outset:

The media exist to serve society.

One way of doing this is to adopt an ‘ethics of listening‘. I explore this in my new book The Ethics of Engagement.

The central theme of my argument is that journalists must reach beyond their usual audiences to include those that normally appear only on the margins of media coverage. And they must review how those voices are reported, and how they appear in the media.

This approach will result in a more genuine dialogue and an approach that’s more participatory. This could, in turn, contribute to a thorough reassessment of the media’s relationship with the public in a way that could rebuild trust.

There are some examples of how this could be done. For instance Heather Robertson, former editor of The Herald newspaper in South Africa’s Eastern Cape Province, conducted a series of listening exercises attended by community members, opinion leaders and journalists. Some interesting case studies can also be found in Australia, where community media journalists, media scholars and activists teamed up to design a “listening programme”.

To some extent these projects are similar to the much older tradition of ‘public journalism‘. It provides that the media should address citizens not merely as spectators or victims, but empower them to solve their problems. One way this was done was to host public discussions and facilitate meetings to support deliberative democracy. More recently, the potential for digital media platforms to connect journalists to audiences has also been explored.

Applying this approach in South Africa would have major benefits. The country is socially polarised and highly unequal. Making the extra effort to actively listen to voices outside the journalists’ normal target audiences, especially marginal voices, would transform the narratives being shared.

This would help journalists gain wider social legitimacy among those who may feel the media is disconnected from their everyday lives.

But ethical listening doesn’t merely accommodate voices from marginalised communities, only to treat them as victims or as objects of pity.

Instead, it requires a fundamental revision of the relationship between journalists and their various audiences, one in which power relations are radically revised or overturned. A more reciprocal relationship with their divergent audiences would require journalists to let go of their desire to control the narrative, or tendency to listen only to obtain answers to questions already formulated.

Of course this does not mean that journalists no longer have any say over their reporting. Nor that they don’t have to take any ethical responsibility for the questions they ask. The difference in this kind of listening is that it creates a true dialogue, in the sense that the responses are allowed to alter, shift and speak back to the original agenda rather than made to fit into it.

Listening can, therefore, be seen as fundamental to democratic politics because it constitutes a public sphere premised on participation, tolerance and inclusion.

The panel’s report identified much larger, systemic problems in the wider South African media landscape. These include revenue challenges to media outlets, shrinking resources for training and for the effective exercise of editorial checks and balances. It also listed the pressure, fuelled by social media, to break stories ever faster amid competing misinformation and disinformation narratives as well as societal pressures.

Linked to the rebuilding of trust should be a strong commitment to support community media and the public broadcaster to add to the diversity of voices.

There can be little doubt that ethical lapses have added significant dents to the public’s trust in the media.

An appropriate response to the ethical problems plaguing the South African media requires thinking about the question of ethics as a more radical project – one which requires a reaffirmation of journalism’s central values, a recommitment to media diversity, and exploration of new practices that can reconnect journalists to citizens.

These are the tasks that journalists need to take seriously if they are to restore relationships of trust with the public.

Herman Wasserman, Professor of Media Studies in the Centre for Film and Media Studies, University of Cape Town