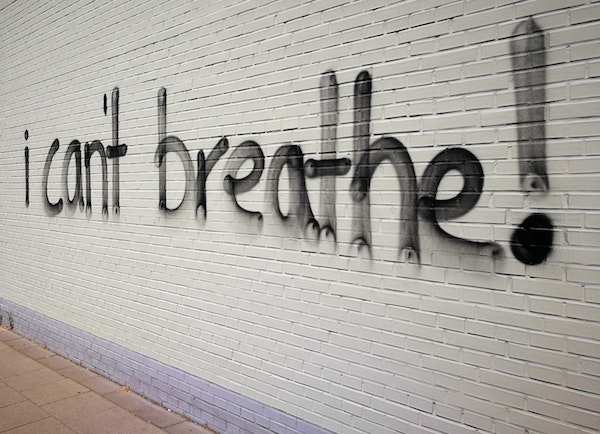 Image: The biggest story this week across the world is the #DerekChauvin and the #GeorgeFloyd murder trial/Pexels

It was a strange week with no one big story to dominate. After the Easter weekend, I think most of us either couldn’t be bothered or were drowning in the workload of a four-day week.

Worse still was the fact that I had no mini-series to watch as #StateCaptureCommission went quiet. I believe my soapie starts again today, so much happiness it shouldn’t be allowed. Today we hear about #Gigabyte, yes #MalusiGigaba is on the stand everyone after Noma (Norma – can we decide what her name is please?) submitted a damning affidavit because you see ‘hell hath no fury like a woman scorned’.

So here I am without any late-night viewing, so I turned my eyes on possibly the biggest story this week across the world: #DerekChauvin and the #GeorgeFloyd murder trial. I tuned in, it goes on until late so my sleeping habits have now officially changed and I see the clock until midnight at least (before it was 7pm 😊).

It began with a highly impactful opening but then it started to get repetitive and borderline ridiculous. We heard witness upon witness upon witness say that standing on a man’s throat for over 9 minutes would result in death. We know that, we saw that, our minds will never forget that.

But here we are nine days into the trial, and we are still on how Floyd died.  Dr Tobin’s testimony was riveting though if only for his huge wealth of knowledge about a single topic, breathing. #Chauvin’s defence is hinging on the fact that Floyd took some drugs before the incident; here’s my point, if the drugs were going to kill him then that’s how he should have died not by #Chauvin pushing his whole body weight on George Floyd’s neck for over four minutes AFTER he was already dead.

Why has it taken nine days for people to testify you shouldn’t stand on someone’s throat for nine minutes? This should be an open and shut case. Or is that just me?

Ace #Magashule and #Zuma were meant to shutdown the country. Twiddles thumbs, waits, dololo?  The RET faction (as the factional split ANC party is now commonly known) with Zuma, Ace and Carl, didn’t make a very big impact unless you count the sob story of a 26-page letter from Zuma that says he has no friends. Then good old #Magashule is giving the ‘step aside’ order a sidestep. What a hoot hey? #Mzansipoli anyone?

Did you know there are less than 100 days to elections? Shouldn’t the posters be up by now and did we ever fix #AlexandraRenewalProject? It’s only been years, relax guys. Who on earth are we going to vote for? There is no choice out there. I mean look around you, the student protests seem to be RET and EFF rallies right now, with more political branding than you can point an advertiser’s stick at. The students at MUT fought water cannons with mattresses. I’m not making this stuff up. A viral tweet citing free registration dates and times at DUT managed to shut down five campuses. That’s social media for you and I think the BOTS are out and getting well paid. Perhaps it is election time after all.

I’ve been avoiding this story for a long time, firstly because it’s not within our borders so I have a permission slip, but secondly because I don’t believe it for a minute. We are asked to believe that ISIS are taking over Mozambique. I have dismissed that for months – until this week as #Ramaphosa arrived in Maputo to deal with ‘insurgents’. They’ve stopped using ‘ISIS’ as the term for a bunch of mercenaries and they also fail to tell you that this entire story surrounds the Total fuel plant in the middle of the country. Sounds a bit like Nigeria’s Delta to you? Yeah me too.

I took last week off, so we didn’t discuss #EverGreen’s #EverGiven and the #SuezCanal; it’s the one story I wanted to cover because the memes alone made my week. Apparently though, the excavator, the man who had the biggest job in the world and made us all feel like we could win against a giant as he became a household meme, is very unhappy. He says he was underpaid and is unimpressed by his meme fame. You have gold in your hands friend, you own this story.  Just open a social media channel and you’re off.

Need to talk about #Covid, well okay let’s go there. Good news or bad news?  Good news is that Mitchells Plan hospital is now ‘covid free’, we have another set of vaccines coming from Belgium, still not locally produced and should be here in a couple of weeks. I worked in freight in a past life and the excuses for the delay are pitiful. But anyhow #Pfizer is about to jab South Africans, this after we’ve run out of #JNJ’s vaccine and we sold our dodgy #AstraZeneca alleged blood clot creator to the AU. Even black lives don’t matter to Africans. Ridiculous.

It’s ok though, the New Development Bank have loaned us another billion dollars. I want to talk to the person who read the projections. I’m not very good at accounting but even I can tell NDB that this is money you’re probably never going to see again. How did we even get the loan? Please can ordinary South Africans manage this set of money like an OUTA or a Kathrada Foundation? Please no more greedy little fingers; I’m such a dreamer, hey?

Judge #DhayaPillay (you will remember her, she issued an arrest warrant for Zuma a while back) has been given the position of Acting Chief Justice, this while Moegoeng #Moegoeng refuses to retract his Israel commentary.  I smell a rat, perhaps Moegoeng didn’t want to be the one to stand up to uBaba. Do the right thing #JudgePillay!

#Mamabolo says he needs six months to fix our roads and rid us of about 48 000 potholes. While you were counting them, couldn’t you fix them? It’s absurd that we even have a number. So, you reckon six months huh? I’m going to say you’ve set yourself up for failure there Mamabolo.

#Cele swoops in on the gang crime in Cape Town with a further 200 officers being deployed to the region, thankfully someone is doing something. One thing is certain, #Cele takes prisoners.

Let me cheer you up, a neighbour here in rural Sodwana left her humble home and a fire broke out and literally burned the entire home and all it’s contents to the ground. This small family, the Nxumalos, have literally their clothes on their backs. We have a resident’s WhatsApp group here in Sodwana and when the cry for help was posted, within one day we managed to collect money, building rubble and cement, food, clothes, kitchen utensils, curtains and furniture, I am hoping that the Nxumalos will have a better life than they did before this huge tragedy. Do you see my point? People over politics. We must help ourselves, friends.