LATEST NEWS
Home TMO.Live Blog Seven days on Twitter: While you were #electioneering, our children died

Seven days on Twitter: While you were #electioneering, our children died 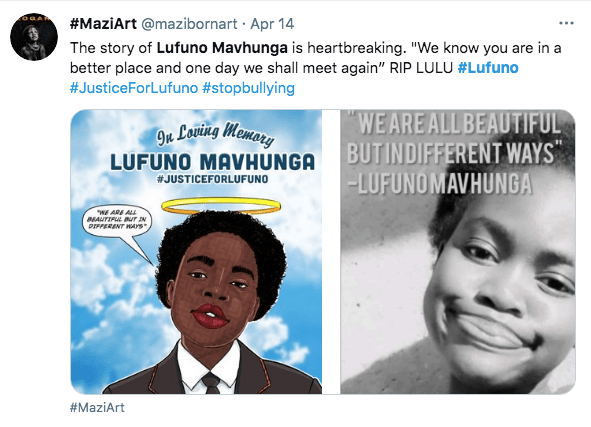 Last week, my report was titled ‘100 days to Elections’. I also said we were seeing a very different type of electioneering around us.

#PresidentRamphosa, as he stood at the port in Durban, announced this week that elections will be held in October. His backdrop was littered with an #AceMagashule and #JacobZuma meeting, another #NkandlaTea, this time #Ace was “consulting” with the “previous Presidents” of the ANC about that “step aside” thingy. He really is doing the hokey pokey across the ANC and #RETFaction. He told the media he would “die an ANC member”. I suppose such loyalty comes with a dairy too. #Estina #ACEBestos

#MyFellowSouthAfricans, there is an underlying set of stories being swept under the carpet because we have become so used to the protest narrative. Many, and by many I mean many small towns, have been completely shut down. All sorts of reasons (many valid) are being used to justify the protests: lack of mining contracts, no jobs, no water, sewage filling the streets (the same horrid service delivery we’ve seen for decades)… all this is now underreported and causing chaos on the ground.

So much chaos that towns are shut down and are unmanageable. Is it deliberate? Yes, is it fuelled by one or more political party, definitely. Here’s why I say so: Taxis in the eThekwini are branded (excellent job creative team btw) with ‘Hands Off Ace Magashule’ carrying the #ANClogo – yip you read that right. According to an interview with #JessieDuarte, permission was not granted for use of the logo; we believe you Jesse, we really do.

We particularly believe you because we heard you loud and clear on the so called “leaked audio” where you made it clear that #Zuma shouldn’t go to the #ZondoCommission and that #Zondo is biased. We heard it with our own ears and yet, Jesse says it’s not true. The recording was “spliced and changed” to suit a different narrative, she said. Get Out of Here! I’ve met the best editors on my journey and there is no splicing there, honey, just the downright truth.

Side note, what is all this “leaked to the media” nonsense? They deliberately drop a story and then pretend they know nothing about it. How do you leak something that is perfectly scripted to the right journalists? In my world, that’s called PR. Just plain PR, guys.

There were more “leaks” than the Vaal Dam this week as #FikileMbalula’s phone call threatening pro #Magashule #ANCSupporters was “leaked”. He said the taxi bosses who vetted the branding must go to the “nearest hell”. It’s only one stop #MrFix, any stop. #AceBestos himself sent out a press release, oh sorry, someone “leaked a media story” about his plan for this whole #StepAside sideshow

Meanwhile, the bots are out in full force. There is lots of money behind this discourse, we see, with flashy placards and beautiful quality branding with horrible messaging all around us. And on Twitter, the brigade is out in full force. I’ve never seen so many people push the #ACEZUMA narrative and the anti #Ramaphosa sentiment is borderline absurd. Wonder what that chick from #BellPottinger is doing these days?

Then there was the #JSC, the interviews to appoint new judges to our judiciary. Now that’s serious stuff and to my surprise #Malema used it as a platform to tear shreds off #JudgePillay, citing a friendship with #Gordhan as the reason behind his lambasting of her. It’s been a long time since I watched the #JSCInterviews and I’m still trying to work out how #Malema managed to get away with that. #Electioneering anyone? The #EFF are laying criminal charges against #Gordhan about interfering with judges’ appointments.

I was confused, only to turn my head to see that #Zuma has been asked what punishment he would accept from the #ConCourt? Are you freaking kidding me? What does that even mean when it comes to setting precedent? I was furious until #zuma said, “jail me”. And then I remembered #uElectioneering.

The #ZondoCommission was under fire and on fire this week as #AnojSingh spoke in so many circles that my head hurt trying to remember what the question was. #Noma #Norma didn’t turn up, and must now be summonsed to court. #UncleGwede, (why do I have a soft spot for #Mantashe?), he’s done so much to annoy me over the years but when I hear him muttering and mumbling like a man who’s been at the edge of the bar all night it makes him difficult not to like; it appears it’s not just me, as the team also asked him to repeat himself several times.

The #President said he had other commitments and changed his appearance date at the commission. #Electioneering anyone? There was even a call on social media to ask the public what the questions should be posed to the President at the commission, are you kidding me? This is not a #FamilyMeeting, Sir, you should be grilled like every other witness before you. The #President has been busy though, he had a reshuffle of his own this time, the #SANDF. I get this very uneasy feeling that something very difficult is coming.

All this mess and we are surrounded by death, as if the memorial of #DrSindiVanZyl was not heart breaking enough, we were traumatised all week by one particular story that showed the death of a child at her own hands. #LufunoMavhunga had been bullied for years at school and at the very young age of 15, she took her own life and left a suicide note that will make your gut wrench.

This story touched everyone in South Africa today, beyond all the political nonsense; a child took her own life because of two children who picked on her. I can’t imagine the pain and anguish she was in, nor the impact this has had on her family and peers at school. The two bullies have been suspended. When are we going to take care of our children?

It was not only #Lufano this week who broke our hearts. A one-year-old was murdered by her uncle and mother for the “occult”. A woman submerged her baby into boiling water in a plastic bag because she couldn’t get an abortion. Then the #OrangeFarmMurders, a woman, again, accused of murdering a six-year-old and an eight-year-old and is also linked to a five-year-old’s death in which the body was put in the fridge.

Are you still interested in #Electioneering? Our children are being massacred and you’re branding taxis. #WakeUpSA, the politicians are never going to help us. #RiseSouthAfrica and care for the most precious asset we have, our youth.

Talking about youth, the #StudentProtests go on and on as kids sleep outside with no place to go as they can’t get into their varsity. #WhoYouVotingFor?

Oh, my word and we can’t wrap this up without talking about the vaccine shambles. So #AstraZeneca was a disaster and now #JnJ has been pulled worldwide, so it seems #Pfizer are still in the race but in China they are not convinced as they have now started mixing and dissecting vaccines to come up with yet another attempt. How much money is wasted here yet again? Who benefited? Certainly not us on the ground and if it is as bad as they say, then our frontline workers are in a great deal of trouble. I don’t even want to think about it. Did you see #BirdFlu is back too? My poor country!

Wow, 1 200 words and nothing cheerful. I got a new cat, and the dogs are unimpressed. I dived with a good hand and two fins for the first time in three months. Enough about my joy, it’s #Ramadan and the good deeds are all around us as Muslims around the world contribute to helping the poor. It’s a holy month for us, with many sacrifices and spreading of love, let’s all take a piece of #Ramadan this year. You don’t have to be #Muslim to spread good to your fellow countrymen. Look after the kids, guys. They need us.