Posted By: Dave Tiltmannon: May 04, 2021In: Broadcasting
Print Email 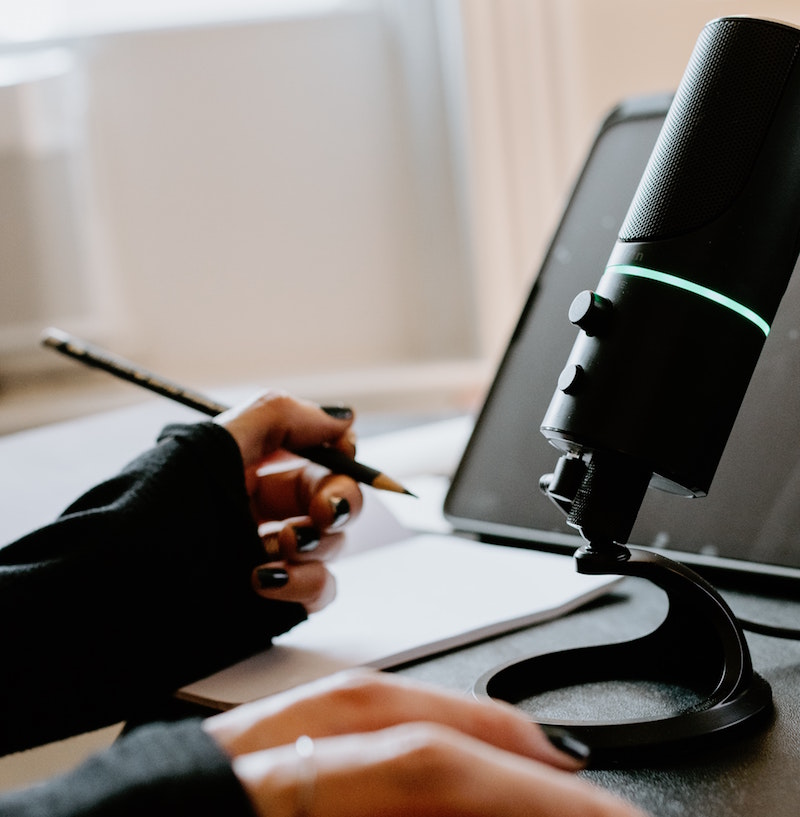 Just like radio, podcasting is an intimate medium that has the power to create connection and change lives. Although it has been almost two decades since the first podcast hit the airwaves, podcasting has only really begun to hit its stride in recent years.

Thanks to the power of technology and the rapid spread of internet access around the world, thought leaders are now using podcasts to reach audiences in the millions. Brands are also finding innovative ways to tell unique stories to very specific markets.

Developing nations like South Africa are starting to see the potential of the medium in the long term, not only as a form of entertainment and education, but also in its ability to give a voice to communities that might have been underrepresented before. This shows the true wonder of podcasting, which has the potential to flourish on the African continent in the coming decades.

The upsurge in podcasting worldwide

As the internet has become more accessible around the world, this has created an opportunity for people to engage with podcasts on a more frequent basis in their daily lives. Although data costs are still quite high in Africa, the rise of free wi-fi and introduction of high-speed fibre has meant that more people than ever are now able to download content without having to foot a massive bill. Events like Africa PodFest in Kenya, or PodFest Cairo in Egypt, show that while it may be slow and steady, there is a definite shift in the way podcasting is starting to be viewed as an opportunity on the African continent.

In developed economies across Europe, in the US, and even Australia, podcasting is already hitting its stride. These places already have good internet infrastructure in place, and the pandemic actually spurred on record podcast listenership numbers in 2020. The 2021 edition of the Infinite Dial study suggests that podcasting really found its voice during lockdown amidst people feeling more isolated, with the U.S seeing around 13 million new people becoming habitual podcast listeners during this time.

Numbers aside, one of the biggest drawcards of podcasting is its timelessness, and its ability to create communities through the art of storytelling. Powerful movements like #MeToo and Black Lives Matter have shown that there has never been a better time to have open and honest conversations about tough issues in a way that honours the vulnerability it takes to do so.

There has never been a better time for multicultural African stories to be told too. Podcasting gives us as Africans the power to have a say in how we are represented to the wider world, rather than continuing to have the story told by an outside narrative, which is often riddled with outdated stereotypes.

Any given podcast episode is an individual asset that has the ability to turn into a regional asset, which can encourage a greater sense of trust and belonging in the community it services. This asset can even lead to the rise of regional champions (or voices) in the area, in particular those who have a real sense of what’s happening on the ground.

When these communities grow stronger in numbers, commercial opportunities will start to present themselves. This has the potential to empower not only the podcast creator, but the community as a whole. Considering there are thousands of different cultures and languages on the African continent, the opportunities for innovation and empowerment are truly endless.

The relationship between radio and podcasting

We can’t talk about podcasting as a force in the broadcasting field without mentioning its older and more established sibling, radio. There is a strong link between the two. Both typically build audiences through a mix of education, information and entertainment. Radio and podcasting are both intimate mediums, where a show host is literally welcomed into the homes and lives of people. Both also have commercial opportunities that mirror each other, which is great news for the broadcasting industry as a whole.

Just like with real life siblings, there may be genetic similarities, but you’re dealing with two different entities. Radio is a more linear medium, whereas podcasting is always on demand. This means that radio is consumed “live” as it happens if the person is tuned into the station, but with podcasting the listener gets to listen to shows whenever it is convenient for them.

Podcasts episodes are also easy to share across social media with loved ones, whereas radio has more of a dependence on physical word of mouth (and a natural sense of FOMO). Regardless of the how being different, both still offer something desperately needed in a post-coronavirus world: human connection.

In a bid to nurture this idea of human connection, I’m proud to mention that the African Media Entertainment (AME) team recently signed a groundbreaking partnership with Wondery, the biggest independent podcast producer in the world. In a nutshell, AME now has the rights to promote Wondery podcasts through its subsidiaries, in a bid to help get to help reach a projected number of nearly 20 million podcast listeners in South Africa by 2024.

Because African Media Entertainment has a rich history in audio creation, and has spent years perfecting the art of serving audiences on a reachable, tangible level, we’ve happy to set the bar high when it comes to this. AME owns some of the biggest radio stations in the country, as well as high achieving digital, publishing and marketing services, including MediaHeads 360, Moneyweb and more. By promoting Wondery’s content through these channels, podcasting is exposed to new audiences, and the channels themselves also gain access to some of the best content that the world has to offer.

By exposing audiences to amazing content through a formal relationship with Wondery, we’re also setting a precedent for AME’s individual platforms to branch out, creating and growing their own podcasting channels within this exciting new digital broadcasting environment. Better yet, the content will be locally nuanced, telling the African stories that may have gone untold otherwise.

The audience is the major winner here, for gaining access to high quality content through traditional channels they know and love, while simultaneously being exposed to high quality local content that helps them feel more represented in the world as well.

This creates a great opportunity for advertisers to get involved, be it through strategic adverts in podcasts episodes, show sponsorships, cross-platform campaigns, or something else. Brands will be able to promote themselves in an entirely new arena, to audiences that they might not have been able to reach before. It also gives radio stations an opportunity to integrate a podcasting strategy into their marketing and sales departments, which may even lead to unexplored avenues for additional revenue in the long run.

If the wonder of podcasting has you as excited as I am, welcome to the club. From podcasts still in their infancy, all the way through to powerhouse shows like Business Wars, there is plenty of opportunity for content creators, storytellers, listeners and advertisers to connect in mutually beneficial ways.

Dave Tiltmann has 31 years of experience both as a presenter, manager and director excluding his years on campus radio where he received his university colours for service to the student community at the University of Port Elizabeth. He was promoted to the position of managing director of AlgoaFM in 2000. Tiltmann was appointed group CEO of AME Limited with effect of 1 December 2018. In April 2020, he was appointed chairman of United Stations, MediaHeads 360, Algoa FM and Moneyweb. Tiltmann has been inducted into the SA Radio Hall of Fame.