LATEST NEWS
Home Broadcasting Television Cop shows: Should they be cancelled or rebooted?

Cop shows: Should they be cancelled or rebooted? 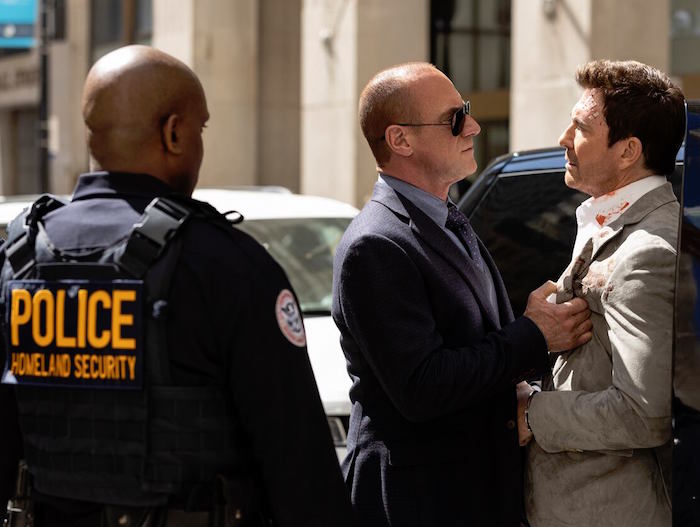 The murder of George Floyd reignited a global outpouring of grief and advocacy on behalf of victims of police brutality.

In the year since, there have been many pieces written about the past, present and future of police on television. Some call for police shows to be cancelled, but most instead reflect on how to reinvent them.

A lot of these pieces cite a 2020 report, which asserts that the scripted crime genre normalizes injustice. This suggests that it might not be possible to reform these shows. But as television plays a large role in not just reflecting, but constructing our reality, writers and producers can’t afford not to try.

The classic cop show is now a problematic genre, but if it can change, then perhaps real world policing can too.

Informing our understanding of justice

The police procedural or ‘cop show‘ has been a prime-time staple, informing our understanding of justice and the role of law enforcement in attaining it, since the days of Dragnet.

These broadcast network television programmes remain compelling because they are predictably consistent with episodic ripped-from-the-headlines plots.

I love the comforting problem/solution storytelling that the police procedural offers. Boredom and anxiety have played a role in drawing me to these programs during the pandemic.

However, lately I find myself increasingly troubled by the implications of watching countless hours of problematic characterisations and behaviours. I research and lecture on structures of power and the violence inherent in the system, so I should know better. But the more I watch, the more I internalize the ideological work these programs are doing.

Shows like Law & Order (and its many iterations), Chicago PD, Blue Bloods, S.W.A.T. and The Rookie teach us many things about policing. They reinforce how we are supposed to treat, feel about and behave around police officers in our communities.

Problems rooted in disparity between training and practice

The current state of law enforcement is arguably a logical outcome of news and entertainment media having spent decades equating cops with superheroes who can do no wrong.

A recent programme that makes this connection abundantly clear is the irreverent (and graphically violent) Amazon Prime series The Boys.

It depicts a world in which most superheroes embody capitalist excess as law enforcement celebrities with licensing deals, political aspirations and manifest destiny origin stories. In this world the sole purpose of these avatars of justice is to elevate and enrich their ‘brands’, only dabbling in service and protection when it suits their interests.

The critique of power and law enforcement offered by The Boys reminds us that the problems we are now facing are not about individual cops. They are systemic problems, rooted in a disparity between how police officers are trained and what they are expected to actually do. But this disparity is only exacerbated by the way the profession is represented in popular culture, particularly on television.

One notable critique of police culture comes from The Wire, which first aired on HBO nearly 20 years ago. As a cable show it was able to transcend the limitations of the formulaic procedural.

It situated its Baltimore police stories within a complex exploration of systemic power as it operated in organised labour, education, politics and the newsroom. It provided compelling commentary on the increasing militarisation of the police in both mindset and behaviour. But this critique has hardly been taken to heart in either the procedural series or real world policing.

Cops shows will survive, but should they?

Cop shows can undoubtedly survive as they are. Many people will be happy to keep watching police-valorizing narratives where the ends justify the means as long as law-abiding citizens are saved from bad guys.

Altering these narratives to truly address what some are calling a crisis of legitimacy in policing will be difficult. There is reason to worry that timely acknowledgement of issues may not last.

Law & Order launched its most recent iteration Organized Crime, in April, returning the old school ‘gladiator’ cop Elliot Stabler to the NYPD after a 10-year absence. In the Special Victims Unit crossover episode that reintroduces him, his former partner admonishes him that “we don’t do it that way anymore” when he threatens to assault a suspect in interrogation.

Is this the kind of cop we need on TV right now?

After George Floyd’s death, Brooklyn Nine-Nine writers decided to discard four episodes they had already written for a forthcoming eighth season and start over.

They have discussed taking the show in an entirely new direction. As the workplace sitcom is primarily about character relationships, they’re better positioned to pivot from this “situation,” while the police procedural cannot. The upcoming season will be Brooklyn Nine-Nine’s final one, so writers may take more risks with storytelling since they needn’t worry about alienating viewers or advertisers.

The police procedural could undergo a lasting transformation that reflects current social concerns in thoughtful and nuanced ways. But for this to happen, content creators need to view this historical moment as a challenge to incorporate the perspectives of various real-world stakeholders.

It needs to become an inflection point, and not just an exercise in performative ‘wokeness’.

There is a call for a radical reimagining of the function of the police. Writers and producers of cops shows have an opportunity to bring a dream of more humane justice to our small screens.

This could then help us to better imagine how to transform the role and structure of law enforcement agencies in the real world.