Provocative perspectives: Why it’s important for brands and companies to celebrate Pride Month 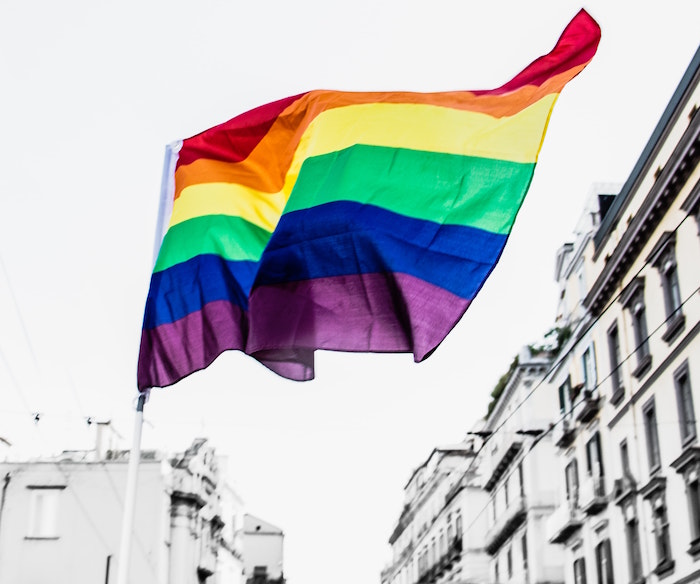 It’s June, which means that LinkedIn has turned into a collage of rainbows as brands and organisations adjust their logos and corporate identity to celebrate Pride Month.

I have recently come across quite a few critical articles and comments, highlighting the hypocrisy of brands only supporting the LGBTQ+ community when there is a commercial and high reach opportunity to do so. Granted, I agree it would be great if every month could be Pride Month for brands, and that the queer cause could get support year-round.

I also realise that I am fortunate to work for a company that consistently champions my interests as a gay man. But today I want to discuss the importance of Pride Month, even if it is just one month a year – and one that brands often use for capital gain.

Let me start by giving a bit of background on pride, and why we celebrate it every year.

Most often, the imagery associated with pride is of brightly coloured festivities, of people marching down the streets of Sydney, New York, Tel Aviv or, in South Africa, Melrose Arch in Johannesburg. While parades are an important part of pride, where people feel safe to be completely themselves, pride is also about remembering the sacrifices that brought us here. And recognising that we still have a long way to go.

On the 28 June, it will be 52 years since the start of the Stonewall riots, one of the most important events leading to the LGBTQ+ liberation.

But under the anti-gay legislation of the McCarthy era, police would regularly raid gay bars and arrest those in attendance, especially those in drag. On the night of 28 June 1969, during a raid on the Stonewall Inn, a crowd of gay and trans patrons decided that enough was enough and fought back. The riots lasted four days and launched the gay liberation movement. One year later, on the same day, the first gay pride march was held. That makes this year the 51st year of gay pride.

Considering the movement started in America, why do we celebrate it in South Africa? Especially since South Africa has one of the most liberal constitutions in the world when it comes to LGBTQ+ rights? South Africa was the first country in the world to outlaw discrimination based on sexual orientation, and the fifth in the world to legalise same-sex marriage.

It’s important to note, however, that this hasn’t always been the case. During apartheid, homosexuality was a crime punishable by up to seven years in prison. Furthermore, from the late 1960s to the 1980s, when 18-year-olds were conscripted into the military, gay men were forced to undergo so-called medical cures for their homosexuality. These included shock therapy, castration, and even forced sex reassignment surgery.

And as barbaric as that sounds, I am reminded sometimes that if I was born only one generation earlier, that would have been me. We really have come a long way.

But aside from pride serving as a reminder of the fights we have fought; it is also a reminder to keep on fighting.

While LGBTQ+ people in South Africa have pretty much equal rights to heterosexual citizens legally, this is not the case socially. Although not widely reported on, there are still a number of conversion camps in South Africa for parents to send their gay kids to so that they can be “cured”. These camps are rampant with abuse and abhorrent practices.

Furthermore, in many communities across the country, corrective rape sees many lesbians, gay and trans people being raped by men who believe that this will ‘cure’ them. These practices are fuelled by public opinion that largely still sees being gay as immoral.

For us in Johannesburg and Cape Town, it’s quite easy to get caught up in our liberal bubbles. We don’t always get confronted with these realities. In fact, both cities are some of the most LGBTQ+ friendly places in the world. But drive 20km outside of them and things can change dramatically.

And if we go a little bit further to countries like Ghana, Nigeria, Senegal, Cameroon, Kenya, Uganda, Namibia, and Zimbabwe – countries where Wavemaker operates in, where we run campaigns for clients – you can be jailed, and in some cases even sentenced to death, for being gay.

So, if you want to know why it’s important for us as Wavemaker – and any brand for that matter – to celebrate pride: it’s because when our LGBTQ+ colleagues face discrimination, homophobic families, rejecting religious communities and even violence, we know that this space, this agency, is a safe space, one where we are accepted, free to be who we are, and loved. And maybe through our actions, we might just change some minds and some hearts.

And that is why we celebrate pride. Regardless of whether some brands are simply jumping at the opportunity to commercialise this month, we have to remember that 10 years ago, it would have been financial death for any brand to do so. That’s progress, whether you agree with it or not.

Why not celebrate? Rainbow-ify your logo because visibility is important! When brands such as Lego, Disney and Levi, which are entrenched in households all around the globe, celebrate me as a queer man, they’re breaking down walls, disposing of stereotypes, and validating a community that still isn’t validated by many. Who cares if they make a buck or two off some rainbow denims in the process?

As a seasoned strategist and researcher, Shaun Frazao has developed and contributed to many successful campaigns in the corporate, public and political landscape. He currently works as head of digital at Wavemaker, a WPP and GroupM agency in Johannesburg (ZA).