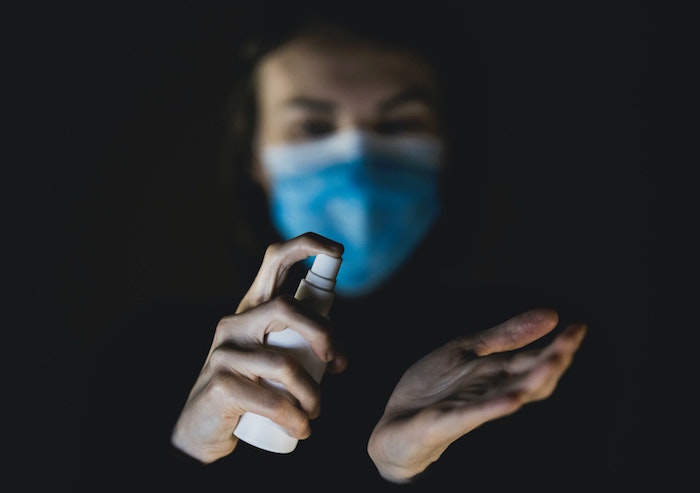 How did we get this so wrong, South Africa? The #ThirdWave has poured fuel on a province and our inability to make quick decisions lit the match and created the #Gauteng Funeral Pyre. Bodies pile up and the funeral homes are parked outside of hospitals 24/7. Doctors are forced to choose who lives and dies, as case upon case is discovered reaching numbers that remind us of the zeroes looted in our country.

Do I blame the political squabbling and facilities that are inept at processing the #VaccineRollOut? Nope! The vaccine is going to take years to be effective – we should expect that. I blame us ordinary South Africans. We chucked our masks and our sanitisers the minute there was a lull in our circle getting sick. We were warned there was a #ThirdWave approaching, and we rolled our eyes as we cracked another beer and visited that shopping mall without a care.

If you want to blame government, look at #CharlotteMaxeke hospital. Why is the hospital not working? How long does it take to rebuild a lifesaving facility? In China, they built two hospitals in six days; here we can’t even clean up the rubble in two months! So we blame the government as people die, as if that absolves us of any responsibility.

Look around you: the government is in a punch up. Literally. This week, 17 people were arrested for fisticuffs up at an #ANCLimpopo branch meeting.

Can we rise as South Africans and go and fix what needs fixing? People are dying. The SANDF was deployed, okay, but why? Did we stop the booze? No, because let’s face it, we can’t afford to so we just limited the days you could stockpile. Did we “up” our social distancing game? Definitely not. As if to prove my point, #Malema introduced a March to Save Lives. Oh sweet galloping chariots, are you for real, #CIC? Go fix the hospital, you may even get my vote, do something!

Let me ask a layman’s question about the #VaccineRollOut that appears to be so incredibly difficult to manage. Every month (sometimes every week) thousands and thousands of the unemployed queue for their pensions or grants; every month thousands queue for their critical medicines; every month thousands queue at the banks. Just set up tents outside these venues. Each one of these people is carrying an ID because they have to. This means there is no problem getting their details with a quick barcode scan. Am I oversimplifying? Surely, we are aiming for critical mass in this exercise? Let private healthcare take care of the insured. Take the massive organisations and get their medical aids to bring the vaccine to the mines or the factories. Is it so hard?

Then I read there’s no oxygen. How can there be no oxygen? We have been in lockdown almost 500 days and we didn’t sort out the oxygen or respirator problem? I look around me in my paradise called #SodwanaBay and I can count 200 cylinders on the beach without even glancing. How hard is it to turn cylinders into mobile oxygen units? Am I ignorant or just a dreamer?

Irritated and depressed yet? I hate to tell you, I’m not done. Food costs are on the rise. How do tomatoes cost a third more today? Did they stop growing during Covid-19? Food is unaffordable, more unaffordable than ever! #CellC is dropping regions faster than we can chuck cash into #Eskom.

Politics is a mess; it always was but it’s a hot mess now. #AcevsANC has his cronies calling #Duarte a “secretary” and that his suspension was a coup d’état, really? Yes really! #Mkhize is AWOL. Maybe he’s hanging with the #Bushiris, they are good magicians, that lot. Apparently the #Shepherd himself has been loitering in Jozi’s streets … frequently. Zandile #Gumede’s entire ward rejected her – despite her rent-a-crowd antics. The amount of money that was looted (allegedly) at the hands of this woman is obscene.

#StateCapture drones on, wait, hold up, what did I just say? Yes, I said “drones on”. I’m over my best mini-series. What’s the point? #Zuma’s story disappeared like the #Gupta millions and not a single significant name has been arrested in this entire commission. #Gigaba used the platform like it was his opportunity to use every single word he’d every learnt in his life, twice. The man never ever answers a single question.

The #DCJ laid into him as #Gigabyte purported not have known the Guptas in one statement and then told us all how he attended the #SunCity wedding and other functions, often in court. That’s called “perjury” to you and me, guys, but at the commission, meh, not so much. DCJ #Zondo, I beg of you, stand up. Scream from the top of your lungs, “ENOUGH! Arrest the lot!” Then tell us, please, tell us that you are starting a political party supported by the team that works at the commission. Tell us that you are joining forces with OUTA, Corruption Watch, AmaBhungane and the Kathrada Foundation. You’ll win this election by a landslide. Just make it stop, we beg you.

Trying to end on a positive note

All this was unfolding across our time lines but what did we focus on? We focused on the President’s #MissingIpad. It was funny because it was ironic. No one would have been surprised if his iPad had been stolen. I smiled; it’s been too much this week to even get a chuckle out of me for the new #MissingIpad track that was released. Sorry I feel like I’m dealing with PTSD.

There’s even more: The #Decuplets never were, she wasn’t even pregnant, and the dad is being called a shady character. I’m more interested in the journalist and the editor. What are they hiding, where’s the money that bought the front pages, and what were we not meant to see?

#KennethKaunda died late last week, and accolades from South Africans made me read up the history of this giant. Why do people have to die for me to learn about our continent? I apologise for my ignorance and white bantu education.

In other news, MTN has been accused of terrorism; #Africrypt, the continent’s first cryptocurrency, has been looted. I can hear you gasp from here. Caster #Semenya can’t compete in the Olympics but #TransGender people can! I’m not making this up. The #TableMountainFire was arson and the #Gugulethu shooting spree killed eight.

Let me try and end on a positive note. The #SardineRun has started. As the power of nature surrounds our coastline, have a look for the videos of this phenomenon. It is simply magnificent, and it will remind you that we live in a spectacular country.

If that doesn’t do it, let me tell you about an informal trader in Joburg who makes dog beds and sells them on the side of the road for a living. The cops came to arrest her because she didn’t have a permit and started to confiscate her goods. The traffic stopped and individual South Africans came to help her one by one armed with cell phones, fighting to set the woman free to earn a living. Those ordinary South Africans managed to free her, get her goods back, pay her fine for the lack of permit and have now taken her business online and it is thriving.

Ordinary South Africans are fundamentally extraordinary. This is why we exist; this is who we are, this is a brilliant example of what WE can do. #RiseSouthAfrica #FixCharlotteMaxeke