Amplifying audio through podcasting, voice overs & the power of language 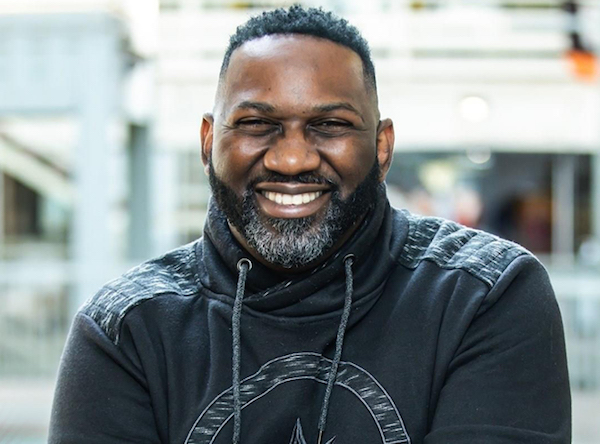 Based solely on Thursday’s jam packed programme featuring four incredible sessions, you wouldn’t be able to tell that Radio Days Africa 2021 was slowly starting to draw to a close.

Last night saw the return of The RDA Fringe: Podmeet, a session done in collaboration with Podmeet founder, Elna Schütz. This marked the fifth time that a Podmeet was being hosted and streamed in collaboration with Radio Days Africa. The session was subsequently simulcast on the Wits Radio Academy Facebook page, and shared to YouTube shortly after.

Schütz was joined by Lesser Known Somebodies podcast host Simmi Areff, as well as Deen Shroeder (POC Podcasts), for an engaging discussion about their journey with the medium. The conversation also touched on the current landscape of podcasting in South Africa.

Lesser Known Somebodies is a popular show where Areff interviews comedians, musicians and even political figures, delving into what he calls the lesser-known stories about their lives. Areff was first bitten by the audio bug thanks to a stint in radio. Schütz said that in her experience “a lot of people [in podcasting] come from radio”, even though this doesn’t necessarily guarantee that they will be successful on the medium.

Asked about his journey to having a successful podcast, Areff credited the fact that he was an early adopter to the medium. When he first got interested in the space, Ballz Radio and CliffCentral were just starting to shine the light on internet radio. He was immediately drawn to the independent nature of podcasting. “I can do what I want”, he said, saying that he appreciates not having a media house or radio station sponsor hanging over his head as a content creator.

Shroeder knows all about radio, having come from a six year stint at Primedia and having experience working across the creative agency environment. Currently he is involved in the development of a few interesting podcasts produced under an umbrella network called POC Podcasts.

“There are so many diverse voices that may not have a platform, so we started providing that for people”, he said. The shows currently on the bill range from Afrikaans to Zulu, through to a host of other languages. “People want stories being shared by people that sound and look like them, and can relate to what they are going through,” he added.

Turning to the business side of affairs, Shroeder offered advice relative to what is still a very small global market. “Globally, only 1% of podcasts make money”, he said. “All of those are in the US, because it is the biggest podcasting territory”. He encouraged budding young podcasters not to fixate on making money. “Get your audience first,” he added. “You just have to be as relevant as possible”. In order to do so, he believes that as with radio, you first and foremost have to understand who you are talking to.

“Stay consistent and do what you can to keep listeners engaged,” Areff added. “If you have a podcast idea and it’s niche enough, you shouldn’t be scared. You can definitely find listenership from somewhere”.

With more than 50 million Swahili speakers on the continent, and radio being a mass-market medium, it should come as no surprise that radio plays an incredibly personal role in the lives of first language speakers. If you are a Swahili speaker yourself, it’s worth listening to the podcast, which shares thoughts, ideas and innovations from stations broadcasting in the language across Kenya, Tanzania and Uganda.

Hopefully, the first non-English session will pave the way for others of its kind for Radio Days Africa 2022, and beyond.

Voice actors: in the public ear

Thursday afternoon brought another special treat to delegates in attendance, with popular Zambian voice over artist Chilu Lemba presenting a masterclass about the field, it’s history and the different types of voice overs that are in demand on the African continent. The session included countless nuggets of wisdom, multiple questions were answered, and it was a great way to wrap up Day 9.

Lemba’s voice would have been familiar to anybody who attended one of the previous RDA editions. His deep, sultry voice is responsible for the flashy intro jingle that is played before every session. He also has a vast range of experience across the broader industry, including lending his voice to EWN Traffic, Coca-Cola Popstars, as well as delivering an epic (whispered) one-liner for Hansa Pilsner.

“Voice actors exist in the public ear, and not so much in the public eye,” he began the session. This is true for some of the prominent heroes in the industry he referenced, including Sir David Attenborough, Morgan Freeman, James Earl Jones, Don LaFontaine, Joe Cipriano and Gabe Kunda. Lemba said he was particularly fond of Kunda’s work with Marvel, most recently for the trailer for their upcoming blockbuster ‘Black Widow’.

Defining the craft at its core, Lemba surmised that voice actors are the people who “help deliver messages in the public interest, or promote sales”. He talked about the importance of knowing how to transfer a specific feeling, vibe and emotion from a brand through to their desired audience. “Voice over artists are part of a bigger value chain”, he added.

In terms of the different types of voice overs someone working in the industry may encounter, his list was longer than expected. It includes projects for e-Learning, radio imaging, corporate branding, explainer videos, on-hold voice overs, public announcements, awards shows, TV imaging and age-restriction announcements. Audio books can also be added to the list, although Lemba said they don’t typically pay very well. He also mentioned gaming and animation as two areas that are quite prominent abroad, but aren’t as big in Africa just yet.

In terms of opportunity on the continent, the field of dubbing (performing a “role” in a different language and creating the audio that will be placed on top of original visuals) is growing. This might be a viable place to start for anybody looking to gain some experience and get a foot in the door.

“Don’t limit yourself to radio and TV,” he added. “It’s a wide field, and there is a lot going on”.