Code for Africa: How the pan-African network is empowering citizens 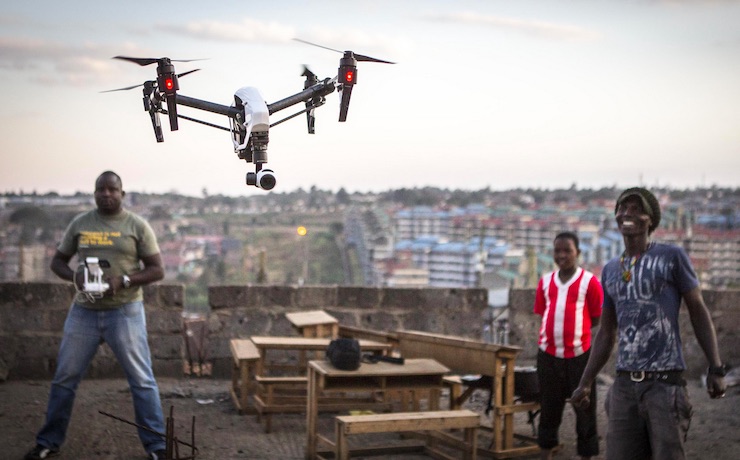 Code for Africa has made it its mission to provide citizens with access to actionable information to strengthen civic engagement for improved public governance and accountability.

With teams in 21 countries and major offices in Cape Town, Nairobi, Dar es Salaam and Lagos, Code for Africa (CfA) is the continent’s largest network of civic technology and data journalism labs.

Chris Roper, CfA’s deputy CEO, will be taking part in WAN-IFRA’s Virtual Digital Media Africa conference (6-7 July) in a session dedicated to exploring trust in journalism after one year of the pandemic.

According to the Reuters Institute Digital News Report 2021, several news brands have seen their reach, subscriber numbers, and trust increase in response to the public seeking reliable information around the coronavirus pandemic.

This year’s report features three African countries, Kenya, South Africa, and Nigeria (which wasn’t included last year), and both Kenya and South Africa recorded higher levels of trust in news overall compared to the 2020 report, up 11 and 4 percentage points respectively. Meera Selva, deputy director of the Reuters Institute for the Study of Journalism, will discuss the report’s findings in more detail during the Digital Media Africa conference.

In Kenya, 61% of respondents say they trust the news most of the time, in South Africa it’s 52%, and in Nigeria 54%, putting them all above the global average of 44%. (CfA collaborated on the Nigerian and South African sections of the report).

“In South Africa, we’ve also been hit by some high profile journalism blunders, which might affect trust in the media going forward. There are also the usual bad actors invested in destroying trust in the media for their own corrupt ends.”

Ahead of Roper’s appearance at Digital Media Africa, WAN-IFRA caught up with him to learn more about the work he’s doing with Code for Africa, and hear about steps news organisations can take to improve trust.

WAN-IFRA: Could you give a brief overview of Code for Africa?

Chris Roper: CfA builds digital democracy solutions that give citizens unfettered access to actionable information that empowers them to make informed decisions, and that strengthens civic engagement for improved public governance and accountability. This includes building infrastructure like the continent’s largest open data portals at openAFRICA and sourceAFRICA, as well as incubating initiatives as diverse as the africanDRONE network, the PesaCheck fact-checking initiative and the sensors.AFRICA air quality sensor network.

In your opinion, what were some of the most impactful initiatives?

From 2019 onwards we’ve been running an initiative called Mapping Makoko. Makoko in Lagos, Nigeria, is one of Africa’s most unique slums. Home to more than 300,000 people, the community is completely waterlogged, with most houses on stilts, accessible only via canoe. Until recently data about Makoko was hazy, because the community itself was almost completely unmapped.

Working with local and international partners from the Pulitzer Centre for Crisis Reporting, to africanDRONE, to local NGO Makoko Dream, CfA trained locals to map their settlement using drones and canoes, and publish the data on open-source mapping platforms. To date, the project has mapped dozens of points of interest from schools and clinics to safe water sources, and has been featured in The Guardian Nigeria, Al Jazeera and AFP. Mapping Makoko has also won a Fetisov Journalism Award, and was the first African project to win a Sigma Award.

What impact has the pandemic had on CfA, and what were some of the major changes or challenges in the past year or so?

As CfA is already an organisation that is spread across the continent, the structural impact wasn’t as massive as for other organisations. But the major challenge, especially given the work we do, is how mis- and disinformation has proliferated. One of the major challenges faced during the pandemic was responding to the Covid-19 infodemic – the flood of misinformation that accompanied the spread of the virus.

In the early days of the pandemic our partners at the Digital Forensic Research Lab, (CfA incubates the DFRLab sub-Saharan Africa team), exposed a co-ordinated misinformation campaign on Facebook, where dozens of Facebook groups were created to spread disinformation and stoke fear around the virus, so that bad actors could sell Personal Protective Equipment. This investigation prompted a Facebook takedown of the groups and pages responsible.

What advice do you have for news organisations trying to regain/maintain the public’s trust?

It’s back to basics, in some ways. We need to push back against the domination of the news cycle by social media platforms, and focus on the kind of journalism that social media isn’t good at. The investigative, deep dive stuff, for example. But at the same time, we need to continue on the path of understanding what audiences want, and indeed, what actually constitutes an audience.

WAN-IFRA’s Virtual Digital Media Africa conference is taking place between 6-7 July in a session dedicated to exploring trust in journalism after one year of the pandemic. Register here.

This story was first published by the World Association of Newspapers and News Publishers, WAN-Ifra. Simone Flueckiger is a reporter at WAN-Ifra.