LATEST NEWS
Home Press False story about decuplets was a low point for journalism: how to fix the damage

False story about decuplets was a low point for journalism: how to fix the damage 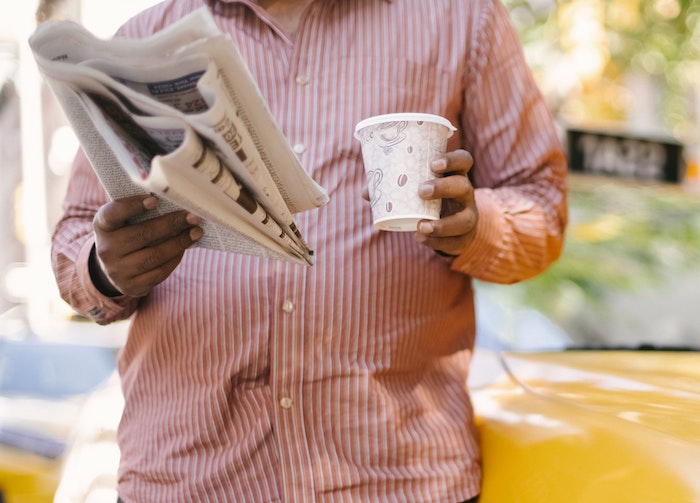 It is difficult to imagine a bigger journalistic disaster than the recent decuplets story by Pretoria News, based in South Africa’s capital city. But it may present an opportunity to think anew about what could be done to address journalism’s crisis of trust.

For a moment, the tale of a woman in Tembisa, northeast of Johannesburg, and her record-breaking ’10 babies’ seemed like a welcome distraction from the depressing grind of Covid-19, political intrigue and state failures.

But it was a very brief moment. The red flags began fluttering almost before the metaphorical ink was dry on the story. Health officials who would have known about such a rare and complex medical event could find no trace of the birth. Then the man’s family distanced themselves from the claim and the woman was taken into psychiatric care.

Pretoria News editor Piet Rampedi and the Independent Media Group, which owns the paper, initially defended his story. Then there was a sort of apology from Rampedi while the company announced an investigation.

There seems little doubt that the inquiry will find an overwhelming lack of babies.

It is clear that the reporting failed to pass the most elementary test of journalism, as no attempt was made to verify the claim, and it has caused further damage to journalism. Critics like Helen Zille, chair of the opposition Democratic Alliance, gleefully used the story to rubbish the media as a whole. Though it is easy to dismiss her opportunism, stories like this undoubtedly further undermine trust in journalism. Without trust, journalism can’t do its work of holding the powerful to account and enabling civic discussion.

For some, the answer to journalistic missteps lies in tighter control.

As commentators like University of Cape Town journalism professor Herman Wasserman have pointed out, it is significant that Independent is no longer part of the industry’s mechanism of accountability, the South African Press Council. Over the years, there have been complaints that the self-regulatory system is toothless and ineffective, and incidents like the ‘Tembisa 10’ story may fuel arguments for tighter regulation of journalism.

But, it would be a mistake to go down this road. There is no possible system of control that can completely prevent misreporting, whether deliberate, manipulated or by mistake, just as even the most draconian laws are unable to prevent crime completely. And the damage that tighter controls would cause to free speech and, therefore, to democracy is simply too great.

Instead, the opportunity should be used to think differently about trust and journalism in the changed and overwhelmingly cluttered information system we now inhabit.

Changes to the ways in which people get their information have shaken old certainties. The advertising-based business model that sustained journalism for around a century is dying as media income goes to the giants of the internet. Jobs are disappearing and newsrooms are being hollowed out.

At the same time, journalists’ position of authority over the kinds of information called news is waning. Everyone is now able to publish easily. That is often a good thing, but it has also meant a dramatic rise in misinformation. The not-for-profit organisation First Draft talks of an information environment that has been polluted by disinformation, and where

it has never been harder to know what to trust, and never easier to be misled.

As a result, trust in journalism has been declining for some years, though the new Digital News Report by the Reuters Institute for the Study of Journalism has found that the COVID-19 pandemic has brought some global recovery of trust.

Solutions to the problem of trust will have to be multi-faceted, starting with close attention to quality. Business models and improved media literacy need attention, and it is critical to enable audiences to distinguish reliable, verified information from everything else.

There are ‘markers’ of credibility that have traditionally offered some guarantee of reliability, such as the signature tune of the main evening newscast, the masthead of a serious newspaper, the tone, language and design of news reports that are different to those in the adverts next to it. These external features have marked journalism as different from other kinds of communication, signifying reliability and helping build trust.

Information online has far fewer markers of this kind, and the merchants of misinformation have proved adept at mimicking the look of journalism. There is a need for new ways of identifying journalism that are appropriate to the new platforms.

Strong brands carry their reputation onto new platforms: a post from the BBC’s newsroom carries the authority of the parent organisation. The name of an individual, trusted journalist on a social media account signifies credibility in the same way.

An important challenge for journalism is to find additional ways of improving the visibility and distinctiveness of trustworthy reporting.

The Journalism Trust Initiative, initiated by the NGO Reporters without Borders, has created indicators for trustworthiness and offers media outlets the opportunity to assess themselves and then publish a “Transparency Report” which can be audited.

The initiative argues that,

benchmarks of quality and independence must be transparent and verifiable to reinstate trust. To that end, JTI provides indicators for media outlets to self-assess and comply with – and for citizens, advertisers and regulators to reward it.

Such a ‘badge’ of journalism is reminiscent of the trusted South African Bureau of Standards mark, which, for example, tells consumers that a particular can of beans has met quality benchmarks. Or the system of stars that grades hotels: if a consumer insists on staying in a sub-par establishment, they can’t complain if there is mould in the bathroom.

A similar system for journalistic media could be developed, to be administered by the South African Press Council. It would be a better alternative to calls for the registration of journalists that were made to the recent Satchwell inquiry into ethics in the media, and would give the council a powerful new tool to raise standards.

Publishers would need to earn their rating against an agreed, transparent set of indicators. It should be voluntary, leaving consumers to decide whether to listen to ungraded information providers. And it should be open to a range of different kinds of information producers, small and large and regardless of platform.

After a disaster like the Tembisa 10 story, a graded newspaper might be downgraded or lose its grading entirely.