Is radio commercially innovative and agile enough to remain a competitive marketing channel? 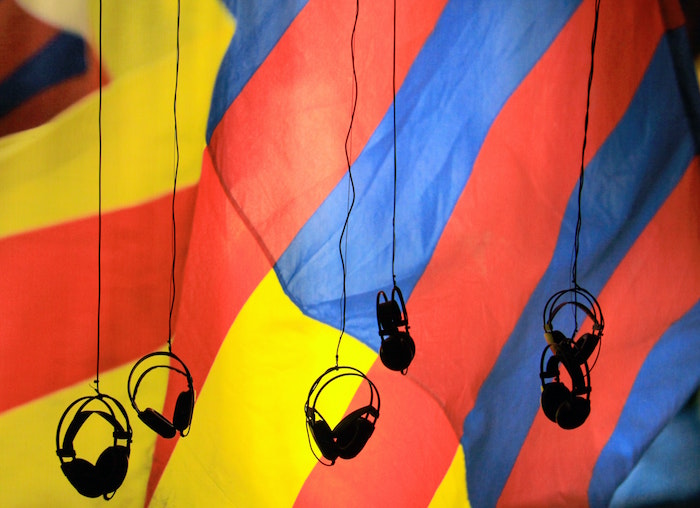 South Africa’s current economic contraction, precipitated by the Covid-19 pandemic, has brought to the fore pronounced structural challenges particularly in the radio sector in relation to decreasing marketing spend. The key question I’d like to pose is whether radio stations have meaningfully adapted their offering in the short term to elicit creative solutions that add value for clients? The preliminary answer to this seems to be complex, but looks more towards maintaining the status quo while attempting to adjust to smaller campaign budgets.

From my own cursory observations, some radio stations don’t seem to have reviewed their core commercial offerings but have rather attempted to innovate within the paradigm than outside of it. Competitions on commercial radio still largely take the same format – one week of pre-promotion to elicit interest, brand awareness and drive appointment listening for the earmarked programme. Followed by the ‘on now’ week of execution, which includes winner moments over a five-day period or so.

Outside of cume builders and rare deviations, this approach – what I think at times to be low recall approach due to its short burst unless supported by other ensuing bursts – is the go-to selling point to advertisers by radio stations. What happens in the instance that the client has 70% of the budget they had in previous years but would still like to quite justifiably incorporate engagement in their strategy in a similar way? It would seem the solution is either the client’s budget has to fit into the model or simply relegate it to a similar approach with less impact. The latter is, in my view, the point of contention.

I find this approach unfortunate because of the real risks that clients face in tenuous campaigns because of cost vs creative concept plus fragile on-air inventory use. Of course, most radio stations have effectively converged with social media and digital more broadly to bring depth of audience reach and amplify campaigns effectively. But does this always mean the approach taken on air is optimally prudent? It’s not always guaranteed social media feedback necessarily relates to on-air promotions. Some radio stations also have a great deal of research competency to come to grips with the analytical aspects of their commercial objectives but these too many times fall within the paradigm.

Digital media, on the other hand, has found a way to innovate in order to reach targeted audiences, improve potential leads for clients in the most cost-effective manner. Granted that it’s a far more cost effective channel but it is no surprise really that digital media spend in South Africa grew by 21% (while all the other channels contracted including radio by 12% in 2020 and a similar trend could be anticipated for 2021 or marginal growth from a low base).

Data and the bigger picture

Although by contrast, radio still carries a substantial market share of the total ad spend, there are lessons creatives can learn from digital marketing’s approach. Flexibility within structure is one of the key takeaways that programmatic digital adverts pose, for example, which ostensibly costs less in some respect in relation to the more static billboard panels and offer a richer visual experience when executed well and enhance the potential for recall.

Of course, radio is an audio dominated medium which can extend itself to a visual offering via digital platforms but in essence the creativity at any level rests within the audio space at least until DAB (digital audio broadcasting) reaches it’s expected potential in the future. So for now, programming strategies in relation to commercial imperatives become pivotal. According to the recent BRC RAMS (only 8% of respondents said they are drawn to radio to win prizes, 18% of respondents said competitions are content moments they like, 74% said music, 70% news and 30% (which is the higher of all the content preference percentages) said they prefer talk shows.

Data, of course, is but one way of making sense of a bigger picture and anyone in radio knows that a spot break is generally a potential tune out opportunity for the listener and hence the importance of producing a show in such a way as to constantly increase time spent listening through teasers, throw forwards etc. and so it’s no surprise perhaps that competitions and prizes don’t rank high. Although the latter emanated from a relatively small sample given the sampling restrictions during South Africa’s extended lockdown levels, it would be unwise though to ignore the data even if it may be relatively consistent with past results.

Can radio do promotions differently, perhaps in a compelling fashion? Are winner moments drawing in effective story arcs when the opportunity arrives to truly drive interest and anticipation? Is the radio sector willing to innovate or are we waiting for the imminent economic expansion and stabilisation that will improve marketing spend to come which will be slow on the up take coming from a low base? Even in the context of an expanding economy has the sector truly expanded it’s creative potential to respond to a change in consumer behaviour and listener behaviour in particular?

It’s my assertion that at this critical juncture some radio stations need to reimagine how they go about their creative commercial process, it’s potential return on investment for clients and the associated cost. Posing critical questions may be a great way to proceed.

Indeed, many times by the time the brief reaches the radio station the concept is generally part of a multichannel marketing campaign and the budget has already been outlined but there are occasions were the opportunity to be more robust come through and the radio station can present a spectrum of campaign execution approaches that could be presented to marketers.

Is there a spectrum of offerings outside of features sponsorships etc.? The latter approach should meaningfully benefit the whole value chain involved because of its emphasis on being ROI-centric within the budgetary constraints of the marketer. Return on investment in this context, means reaching the clients campaign objectives within budget employing creative and innovative on air as well as online approaches. I propose the term approach – because I am attempting to encourage the industry to think beyond the traditional paradigm of advertising.

Of course, there is a real risk that advertisers could succumb to cutting their budgets to opt for more cost effective campaigns and potentially render radio stations commercially vulnerable. This conundrum would require prudent strategic planning to balance out the competing interest of being price competitive and being meaningfully innovative while enticing clients who can spend more to see the added value of expanding their approach.

That said, operational overheads hardly decline, and inflation is an economic reality and so I am not suggesting radio stations should suspend their commercial imperatives through deflation. But I am questioning whether that bottom line can’t improve by being more price agile through rigorously testing the optimal sustainability of the rate card, contrasting price competitiveness with other advertising channels and the spectrum of creative solutions available.

Although I do not doubt, I raised nothing novel here, I do think emphasising this during these tenuous times is something to think about.

Kabelo Mekoa is a radio professional and marketing creative. He has over 10 years of experience working in the radio sector, largely as a producer and programme manager on campus, community and commercial radio. He holds an Advanced Radio Certificate from the Wits University and a BA in Philosophy, Politics and Economics. He is currently the business development associate at Media Beat – a boutique marketing agency based in CPT & JHB, which specialises in integrated marketing campaigns in relation to radio and digital, as well as a host of other offerings.