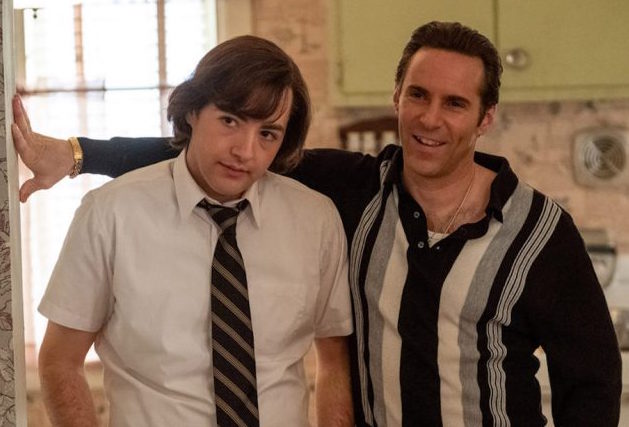 The trailer for The Many Saints of Newark features the song Money by The Flying Lizards. One lyric poignantly captures the thematic heart of the prequel to the sprawling television series about mob boss Tony Soprano: “Money don’t get everything / It’s true / What it don’t get / I can’t use.”

It also reflects the milieu of a movie industry embroiled in a battle over release dates and release formats.

The Sopranos creator David Chase has expressed anger over HBO’s decision to simultaneously release The Many Saints of Newark in movie theatres and on HBO Max. In order for the new film to shed its “television image”, Chase thought it needed to do a traditional theatre run before moving over to a streaming service.

Hollywood executives see things differently. To them, lines that once separated movies, TV movies and TV series are starting to fade – to the point where you have to squint to see them. They’ve embraced analytics and are increasingly interested in measuring movies using data that only streaming services can offer – numbers that can help them learn more about viewers, cut waste and boost profits.

As recently as a decade ago, the dominant movie distribution strategy involved what was called “exclusive window distribution“.

A big-budget movie usually debuted in theaters, which was often the first exclusive window. Then, between three and six months after its theatrical debut, the film became exclusively available as a DVD or home video. This was followed by pay-per-view distribution or cable TV distribution.

The rise of streaming services caused this model to crack.

Netflix could instantly disseminate movies and series to consumers online, removing the need to create physical DVDs and sell them at a steep discount to retailers like Best Buy.

Furthermore, what were once important distinctions between television shows and movies started to blur. On streaming services, you could easily watch movies and TV shows without periodic interruptions from ads. Television cinematography started to imitate movie cinematography. You could even argue that bingeing a series with connected episodes was no different from watching a long movie.

Unlike movie theater pricing models – which charge the same for all tickets regardless of demand – studios premiered films on streaming services at different price points. A study I’m conducting with media management scholar Ronen Shay details how movie studios actually shifted movie price points week by week, attempting to capitalize and exploit the hype and demand tied to each distributed movie.

For instance, Disney+‘s Mulan maintained a price point of US$29.99 during the first three months of its release. But starting in December 2020, Disney+ subscribers were able to view it for free, while on other platforms, it was made available for rent at $19.99.

Streaming content isn’t just used to attract audiences. It’s used as an analytics tool to better understand audiences in ways you simply can’t by showing a film in a theater.

When people stream The Many Saints of Newark, HBO Max can capture audience information like demographics, lifestyles and viewing preferences. Using these consumer profiles, it’s possible to predict and understand what type of movie or genre customers will be drawn to in the future. These algorithms are fluid enough to adjust and refine themselves depending on what a subscriber watches.

Data can also be used to predict how many people will view a program and whether a certain movie or series will boost subscriptions. It can also help digital content distributors stifle subscription cancellations by strategically staggering the addition of new movies or series to keep subscribers on board.

For instance, if Warner Bros. – which owns HBO Max – determines that The Batman, set to be released in 2022, will boost subscription rates for HBO Max, it may elect to place the film in its content library alongside the film’s theatre release. HBO Max will also be able to refine its algorithms for subscribers who watch The Batman.

Meanwhile, hardly any audience information will be collected on people who see “The Batman” in movie theatres. Aside from movie theatre loyalty card programs and customer information gleaned by vendors like Fandango, it’s difficult for movie theater executives to capture audience data.

Swimming against the stream

Purists such as directors Christopher Nolan and Patty Jenkins have criticized movies debuting on streaming services, which they believe undermines the romantic and immersive experience of seeing a film on an 80-foot silver screen.

But they’re swimming against the stream. TVs are bigger and cheaper than ever before, while the prices of movie theater tickets and concessions continue to go up. It isn’t even clear whether bigger is better. Does it really matter if a rom-com appears on a jumbo screen? Moreover, younger viewers – a major consumer segment for movie theaters – are increasingly comfortable viewing movies from smartphones and other devices.

Studios, meanwhile, are already chasing the data. Traditional movie theater debuts simply “don’t get everything / it’s true / What they don’t get / the studio can’t use.”