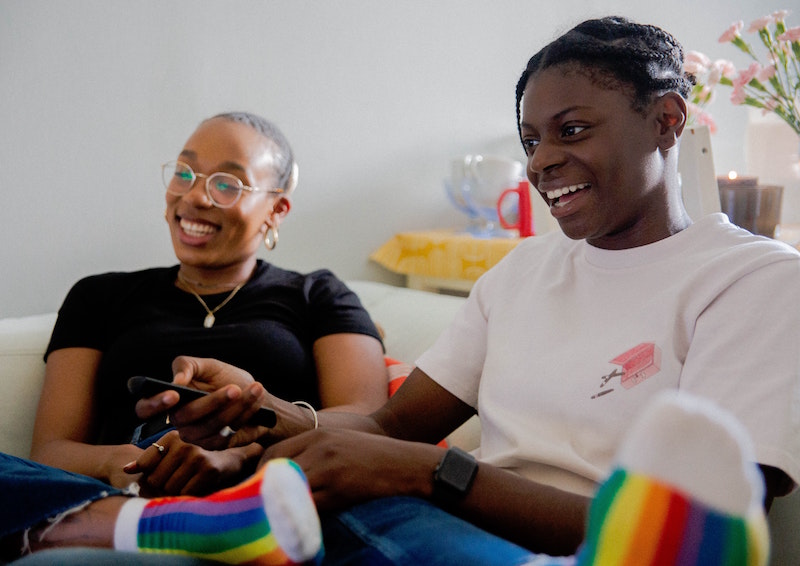 In South Africa, less than 20% of sources quoted in the news are women: the Quote This Woman+ online database of woman+ experts is working to change that.

Over half the population, and yet only one out of five of the sources given a voice in the media. South African women are still very much fighting to be heard – and non-profit company Quote This Woman+ (QW+) is fighting alongside them.

By curating a database of women+ experts for news producers and journalists to use, QW+ ensures that change-makers, agitators and experts from the most marginalised parts of society are given a chance to make it into journalists’ contact lists and onto news programme talk shows. (The ‘+’ in women+ refers to experts beyond women who are marginalised for other reasons, such as sexual orientation, gender identity, poverty, rural living spaces, lack of formal education, or not speaking with the right model C accent for a TV interview.)

There are many complex reasons why the gender gap exists with regards to whose perspectives are platformed in news stories. When QW+ was formed in 2019, the founders assumed that the main reason was implicit bias, and that there’d be resistance to the idea of using the database. In every newsroom approached, a couple of things happened. Firstly, the idea of a database of verified women+ that could be accessed when needed for news stories was welcomed with open arms. Secondly, when asked to estimate, the journalist, editor or producer in question significantly underestimated the actual size of the source gender gap in their area of news, and was committed to improving it within their context.

Time is not on our side

QW+ has come to realise that in our current finance- and resource-strained context, newsrooms are not actively trying to maintain a skewed distribution of power. Rather, this default reflection of social norms and structures has remained in place despite a raft of initiatives to stamp out patriarchal bias in news. Why? Because maintaining the status quo is what takes the least effort and the least imagination in a highly stressed and critically short-staffed newsroom environment. It’s not even that there is a lack of credible expert women+ sources, but rather that tracking them down when they’re unknown quantities takes longer than the journalist working in the age of social media can afford.

We work in a world where newsrooms have haemorrhaged jobs, and the time to research and write stories has shortened inconceivably, where the number of pairs of eyes on a story has reduced from five or six to sometimes no more than one. Journalists are often forced to fall back on the sources they’re familiar with – the sources who are known quantities, who they in turn are known to, and who can be relied on to take their calls even when it’s not convenient, and who they trust can be relied upon to deliver a great soundbite. Often this means they default to using the same sources over and again, who are, in the majority, men. This is the first part of the context.

Sometimes, journalists tell QW+ that they’re frustrated with interviewing capable women+ experts because these same trailblazers lack the confidence for the media spotlight. QW+ recognises that we live in a world where religious, social and cultural imperatives have colluded to silence women+ voices over time, and that changing this will take more than media training or positive self-talk.

To this end, QW+ has devised a two-step programme. The first step is offering a series of training seminars called Women Own The Spotlight, devised with top media trainers, presentation skills trainers, a team of psychologists and LifeLine trainers. This is aimed at women in academia, business and the NGO world. The second step is an annual membership programme called Quote Me On That – an ongoing mentorship programme where experts work together, and with the QW+ feminist team, to break down barriers and move up through a programme of sustained inner work and mini-training events that leave individuals with ownership of their voices, despite a world that actively stifles them. This is the second part of the context.

By connecting the media to credible and confident women+ experts, QW+ is slowly turning the tide on male-dominated sources, and at the same time making the jobs of journalists and producers easier. The organisation has taken the context of the news environment into consideration, devising its theory of change accordingly. Each member of the database has been vetted and verified before being added. Each person’s biography, key tags and location are listed in their profile. Journalists who want access to the database can contact QW+, who will share it with verified reporters. To save journalists and producers even more time, QW+ can also recommend experts to contact for specific stories. Beyond this, as a feminist organisation QW+ constantly works with experts to build skills in owning the media spotlight and taking a seat at the table.

Aside from ensuring that woman+ experts are quoted, QW+ also fights for gender parity in the language of reporting. The organisation insists that the language and framing in a story should be no different if men or women+ are featured, and strongly encourages journalists and readers to do the gender reversibility test within the context of news as a quick way of checking if gender-neutral language is being used. Simply put, this asks: If the writing is about a man, could it also be about a woman and vice versa? For example, you’ll find that “Ms/Mr X delivered an informative speech on eradicating child hunger” is reversible, while “Ms/Mr X, dressed in a questionable floral print, shrilly declaimed corporation-led decreased emissions in fighting climate change” seems to show irrelevant information if written about a man. Therefore, to make it gender neutral, the sentence should be rewritten regardless of which gender is being referenced.

Towards a richer media landscape

QW+ holds as its core belief that in the majority of cases, the voices and narratives of women+ are different from those of men, because the constellation of stresses and demands that operates on them is different. QW+ is clear that this difference needs to be better articulated and understood for a sounder democracy to emerge as South Africa builds from the myriad social, political, economic and health issues it faces at present, and that gender transformation will lead to a media landscape that is a richer, deeper and more robust.

There is much happening, both in South Africa and the rest of the world, that convinces QW+ that democracy will be deepened if women+ voices talk more publicly on a greater variety of topics and the gender gap in media sources is brought to a close.

QW+ was launched just before South Africa’s 2019 general elections through the Wits media accelerator programme, JAMLAB, and received start-up funding in 2020 and part of 2021 from the South African Media Innovation Programme. At launch, there were 40 women+ experts on the database in 10 different categories relevant to the 2019 elections, and probably the same number of journalists – a mixture of foreign correspondents, independent media, broadcast producers and traditional news journalists – using the database. At latest count, the database has 550 names on it in 50 categories and serves over 1500 news producers and journalists – both foreign and local. For 2022, QW+ has received partial funding from the Open Society Foundation South Africa but is still short one half of its project funding. To support the QW+ vision, you can donate to QW+ here: www.quotethiswoman.org.za/#join, or use this QR code for SnapScan.

Kathy Magrobi is the founder of Quote This Woman+, a non-profit company based in Hilton, KwaZulu-Natal, but working throughout South Africa. Its aim is to contribute to gender transformation of the media landscape through the use of woman+ voices and narratives that better correlate to South African demographics.