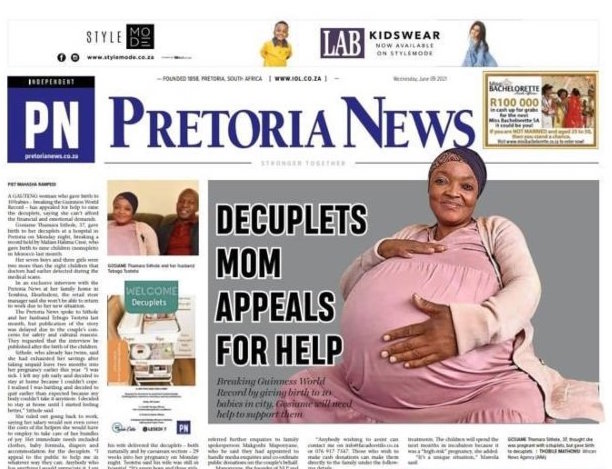 Anton Harber’s recent diatribe attacking me is a reminder of how narrow and biased media commentators themselves have become in the race to own the competitive space for readers.

His amnesia should be a concern for his readers and followers, as he appears to have forgotten that the fallout of the digital revolution has led to all media houses losing staff, changing their content strategies, and refocusing their business efforts in their attempts to stay afloat – the world over. Not just Independent Media.

Read more: Why the handling of a false South African news report about 10 babies has set off alarm bells (first published by The Conversation Africa

Harber also blindly negated the effect that restrictions, thanks to successive lockdowns, have had on media businesses in South Africa. In 2020, Associated Magazines closed its doors for good. Caxton Magazines downscaled to beyond recognition, AVUSA [now Arena Holdings: Ed] had its casualties, and the might of Media24 was dented too, with several journalists losing their jobs and some of their publications writing their last chapter.

Independent Media was the exception during 2020, retaining all staff, except those lost due to natural attrition.

He also neglects to inform his readers that Independent Media’s Ombudsman report was completed at the end of June when other evidence of the story had not yet surfaced and before Advocate Michael Donen had conducted his investigation. Donen’s report confirmed the possibility of a pregnancy and birth.

What Advocate Donen did not confirm was how many babies or what happened to them. He therefore suggested a further investigation into this matter

Piet Rampedi [editor of the Pretoria News, which broke the Tembisa 10 story] may well have erred in his journalistic approach. However, the story is not fake news. The statements made at our press conference in reference to trafficking are equally valid, as will be revealed in a forthcoming docuseries.

Generally, media owners worldwide are applauded for backing their editors. Not South Africa it would seem. Here, we are condemned, vilified, and ridiculed. Pity the reporter and editor then, for if not working for Independent Media, they are apparently left to fend for themselves when mistakes happen – and they do happen. To err is human but to forgive is divine as the saying goes.

The Gauteng Government is also aware these statements are true, which is why it has not made good on its threats to sue Independent Media. Nor will it, we suspect, and should it do so, we will be more than happy to see them in a court of law.

Drawing on the decision in National Media v Bogoshi, we suspect the State will lose, and resoundingly so, since the evidence shows a reasonable suspicion of support for what Independent Media has put forward.

Government interference in the media cannot be sanctioned. On that, Harber and I agree.

In this case, however, Government’s public claims to sue our news organisation were no more than grandstanding to discredit us, and deflect from the truth, as those in the media with an ounce of nous should well know.  Interesting that Harber, a so-called expert, would not have seen or realised this. He’s clearly too blind to see beyond his own narrow narrative focused as he is on taking Independent Media down. One must wonder whether his abuse of his position is not actually a personal crusade.

Harber also blunders in his claims on how Independent Media is funded. One would have thought that in a piece that questions whether a story is real or not or about undermining credible journalism, he would get his facts straight. Clearly, there is one rule for Harber and another for the rest of us.

AYO does not belong to me. I have no direct or indirect personal involvement in AYO. AYO does not fund Independent Media’s operations. This Harber well knows.

Harber has been at the forefront of attacking Independent Media. If anyone was to bring down this still proud and venerable organisation, it would be he and his cohort.

Harber has been active in trying to rally our advertisers to run turncoat. Harber is therefore complicit in attempting to sabotage and destroy this business and that of the 1 500 or so employees working for Independent Media, plus their families. Harber clearly demonstrates his partisan political affiliations, as he is not interested in what happens at Independent Media at all.

It is not unique for a publisher to govern itself.  The Guardian in the United Kingdom is one example that immediately springs to mind.

The question I often ask is what if the South African National Editors’ Forum itself is at fault and goes “rogue”. What then? What recourse is there?

What is of concern, though, and where Harber should be directing his energy, is how today’s media, in the main, willingly jump on the bandwagon and follow each other’s stories without so much as an independent investigation into the facts around what gives rise to a particular article in the first place.

In the race that is fast news, it’s often easier to follow the first piper rather than stand up and take a different tack.

The predilection for fast and faster news should worry Harber more, as this has already had a “chilling effect on critical reporting”.

For the truth about the decuplets, I suggest Harber watch the docuseries, which will be out shortly.