What radio can learn from F1 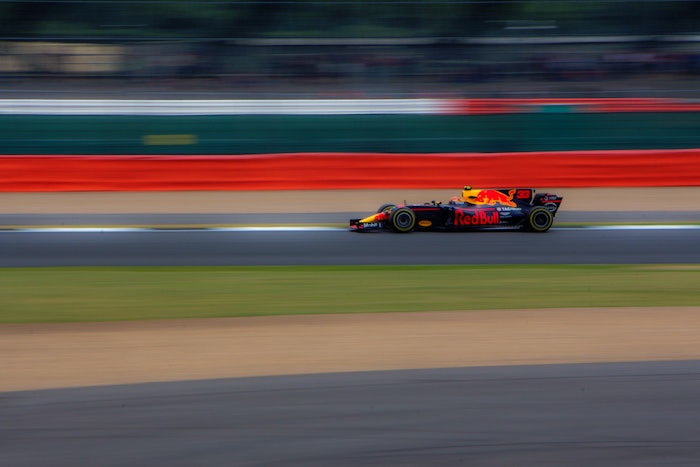 I have little interest in sport on TV. I can’t tell the Champions League from the Premier League and I’m OK with that. It’s not that I don’t appreciate the world-class ability displayed across various sporting codes, it’s just not my thing, and motorsport is included in the sporting collective. Until three weeks ago I thought Halo was a song by Beyonce.

I know it is F1 time by the posts I see on social media and the team support shown by people I know in the digital world. But Jesus take the wheel, the final F1 race of the season delivered more action in the last lap than some radio stations present all year.

So, what can we learn from F1 to put our radio stations in poll position?

Like F1 teams, radio stations generally have the same tools at their disposal. Yes, commercial radio may have more resources, public radio may have more frequencies and community radio the most stations, but at every (competing) level of the industry let’s concede that our tools are equal to our competitors. We all have to the same tools; it’s just knowing which tyres to use at the appropriate time.

The reality is the quality of the microphone is important, but only up to a point. You can have the best studio mic and the worst presenter, a great mic doesn’t make a poor presenter sound better, in the same way great cars don’t make good drivers. We need natural talent that can be taught to utilise the tools of the trade to create an exceptional programming.

Every day is race day

In radio every day is race day. We need to nurture those racing go-karts at their local track, appreciate the skills at F3 and know that some kid playing F1 on a PlayStation is a potential champion in the making. The next world champion is out there being great in their own league, know which track they are on and how many races they are winning.

F1 is a team sport. When the driver wins, the team wins, winning drivers aren’t supported by losing teams. Can you imagine if a driver came into the pits for a tyre change and had to jump out and jack up their own car? The driver is the final product of a team effort in the same way the presenter in studio is driver of the on-air product. The person wiping the visor on a helmet or holding the umbrella of the driver cockpit may seem peripheral, but each team member has a role in a winning dynamic. Know your roll and if you’re the visor wiper, clean that visor so that it looks like 4k UHD TV screen

I’ve learnt that the stressed guy with the headphones and pristine branded shirt in the pits is the team manager. Every team needs one. The manager looks stressed because they are managing multiple of expectations. From the team owner, the fans, the driver, the sponsors, and the pit crew. Only one person can be in charge, listen to the team manager, they are making judgement calls on things that affect everyone but that you may not have site of. You might win a race or two on your own, but chances are eventually you’ll spin out on the s-bends. Listen to the team manager and follow instructions.

Races are won when teams are communicating effectively. The pit crew wear headsets to listen and to drown out the noise, the manager and the driver are mic’d up to speak. Refine the communication dynamic in your team, sometimes you need a board in front of the drivers face so they know the tyre change isn’t yet finished and sometimes they need someone shouting “go, go, go.” Win by communicating clearly and listening with intent.

Understand the value of a tyre change and a pit stop. Fast cars need good grip. To keep the car from drifting on tight corners, change the tyres at the appropriate time. In radio don’t lose your grip. Fresh tyres keep you stuck to the track, know when to slow down and change your tyres so that you don’t have a blow out on the final lap. You might last a lap or two with a puncture but there is something particularly disheartening to see a driver standing next to a car with a flat tyre.

F1 delivers amazing content. F1 also knows that there is premium content that people will pay for. Create an amazing content environment that will keep fans coming back on race day but deliver content on non-race days too. In F1 the content bursts are every two weeks, but premium subscribers know there is content every day. Cater to your super fans, enthusiasts, and occasional supporters, convert them between races.

F1 understands branding. Can you imagine the pit boss wearing an 80g branded skipper? No, F1 is about premium gear and branding. Caps, shirts, shoes, overalls, and cars. As radio stations can we get back to premium and further away from one wash t-shirts? Fans want to support you, they want to wear your brand and F1 is proof that they will pay for it, if there is value for them. Let your station gear be more pit boss and less the pits.

There is only one champion but many seasons. Not everyone will end on the podium, but there is a winning attitude in competing for ten seasons.