LATEST NEWS
Home Broadcasting How the legendary Wendy Williams mastered storytelling, and lessons we can learn from her

How the legendary Wendy Williams mastered storytelling, and lessons we can learn from her 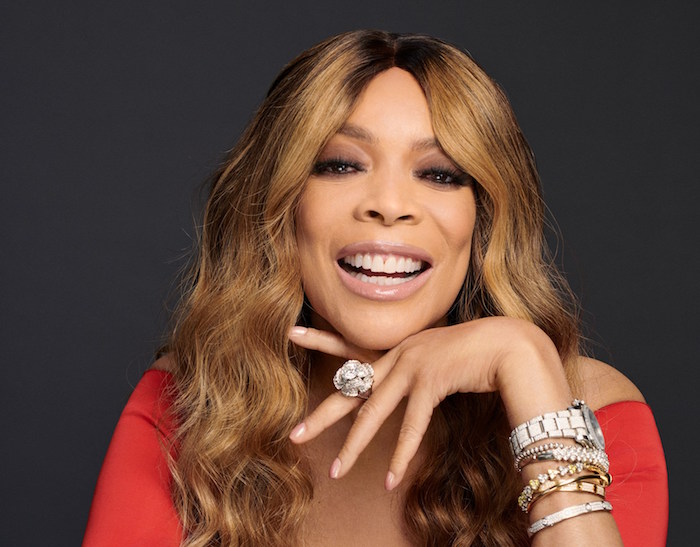 Wendy Williams, the seasoned radio and television broadcaster from America, could possibly no longer host her iconic daytime television show following reports of a series of health challenges.

Williams began her broadcasting career on campus radio, which is still one of the best sites of production for radio talent today, and never looked back. Today, she is top of mind when a major pop culture event takes place. Some Twitter users, for example, recently invoked her in Will Smith’s ‘slapgate’ scandal making comments such as, “what would Wendy say?” or  “OMW I wish Wendy was on tomorrow morning” or “Wendy would start her show tomorrow by saying, ‘clap your hands if you watched the Oscars last night?’”

This is what made her great. The purpose of this piece is to engage young broadcasters, using Williams as a case study, on how to hone the power of storytelling.

WIlliams’ early career was anchored on radio and ultimately, in commercial radio. It is radio and its storytelling power that imbued her with the television point to camera approach that she so greatly succeeds in. But how does she get this right? Now there is no doubt that she is also exceptionally talented outside of her technical prowess, but young broadcasters can learn from her,how mastering the technical aspects of broadcasting can help consolidate success.

Williams understands what she’s known and popular for; that is the second question any broadcaster should consider after answering the question around what their personality DNA on air is. What are you going to be known for?

Williams is famous for a number of things. Firstly her famous intro and the emphatic words, “Here’s Wendy!” or the catchphrase greeting “How you doin!?,” consolidate her offering in the minds and emotions of her audience. How do you as a young broadcaster go about introducing or ending your programme? Do you have a line that your audience can make an emotional connection with and identify you with, if necessary of course? Williams’ line is “Say it like you mean it!,” which encapsulates her personality.

A few iconic interviews that put expression to this famous line, is her infamous impromptu telephonic interview with the great Whitney Houston, which generated sparks across the entertainment industry as a result of the contentious line of questioning that Williams took as well as Whitney’s fiery responses. Who else conducts interviews like Williams at a syndicated and international level? Probably no one comes close, except for a few vloggers and podcasters coming through in this new media age perhaps.

This works for Williams and her fearless approach of asking some of the most ostensibly insensitive questions led her on Mariah Carey’s hit song, Touch My Body, were the diva sings, “Cause they be all up in my business like a Wendy interview.” Why is this relevant? Because Williams honed this type of shock jock radio. But her style of interviewing was not engendered to create controversy – that was a by product to amplify the content – but rather driven by how some answers may only be heard on Williams’ because only she is bold enough to ask these questions in that way; this in turn, attracts audiences.

To any young broadcaster, when reading this piece, don’t attempt to mirror Williams’ approach but learn from her on how diligent she was at being consistent. Consistent is not just about pitching regularly on the show, having the necessary features and sounding great, it’s really about being technically proficient. Ideas are great, but they are best when they are well thought strategically.

Consider how she consciously attempts to be relatable in her presentation style, without being overbearing, such as drinking tea throughout the Hot Topics segment, which is probably what her audience may be doing at that time, or how she talks about her heels hurt and takes them off on live camera, which is something many relate with. Or how she compliments a member of the audience for the ensemble they have on etc.

These are all techniques which many times, she would have thought about prior to being on air, how to work them into her monologue. Emphasis is on prior planning. What sounds ostensibly unexpected and simple is generally well thought out. Like how she will talk about the lunch she ate on the day in a way that is relatable and segway into a storyline around a story related to food – but doing so as authentic, high energy, entertaining, succinct and original as possible.

Now let’s take a look at how she storyboards or arcs her storylines in general. She uses the old school radio technic of a hook, a set up then follow through with an entertaining reward. Research this. The hook normally takes the form of a rhetorical question (clap if you would’ve slapped Will Smith back?), then a tantalising remark pointing out that she will share her view after a soundbite or clip then address the story in a colourful way attempting to stir emotions and if applicable, draw in anecdotes, while drawing the audience in with engaging questions.

Watch some of her many episodes to see the expression of this technique. Many times, though, she does the basic hook of starting the story arc at the end – for e.g “So Kenya Moore pointed a gun at three people”, which generally draws the famous “oooooooo….” from the audience, and then tells the story in a refreshed way. What Wwilliams never fails to do most of the time is give her opinion; why? Because her opinion matters, that is what she has consistently built and why audiences watch.

Most importantly, this power to drive opinions and those of others means she has commercial leverage over endorsing products. Think about her favourite hand moisturisers which are a natural fit for her show, given her endless remarks about her love for moisturizing, and positioning the product on her famous small desk, which brings unparalleled visibility. The point of the latter is to underscore how consolidating technical personality development, storytelling and content production can yield commercial opportunities as well – in a way that drives the message home, better then any 30” spot could.

When Williams references her anecdotes, she usually goes back to similar lines or references. How she originates from Jersey, her love for post graduate education, how she minds her business when she knocks off from the show, or her love for dating and not committing too soon etc. These regular personality features are infused in her storytelling over time and subconsciously begin to create a much deeper personal relationship between Williams and her ‘co-hosts’.

What I mean is, her audience begins to see her not as some celebrity but a friend, which is what radio can also do or someone they can literally shout “Wendy How you doin!?” when they see her in public, because it feels as if they know her. But pay attention to how she does this as poor execution of any of the aspects pointed in this piece can also have undesirable effects.

Finally, Williams understands her audience and has shaped the team she engages during her segment, to generally mirror those audiences. Suzanne, Norman and the DJ are sound boards of what audiences from various backgrounds may generally be thinking. This is how drive time presenters with teams should consider their team choices and how they contribute towards the DNA of the show. The very audience itself is of course imeant to achieve a similar outcome.

Williams moderated greatly when she took the leap from urban radio to mainstream television. She broadened her appeal to more demographics, softened her approach somewhat and opened up to segments that can be popular to audiences that advertisers want. This is what smart broadcasters do, they have an informed content strategy based on credible research.

I hope that a young broadcaster attempting to find their way in radio learned something from this piece, which is by no means a comprehensive programming guide. However, the great Wendy Williams has turned what many have done before, which is talk about pop culture, and employed incredible storytelling abilities to do a point to camera television alone, with little to no star power on her show as celebrities tend to avoid her programme all together. BUt because of the nature of her interviews, she still wins with the ratings. Get your storytelling right, and watch how much better your radio experience will be.

Kabelo Mekoa is a radio professional and marketing creative. He has over 10 years of experience working in the radio sector, largely as a producer and programme manager on campus, community and commercial radio. He holds an Advanced Radio Certificate from the Wits University and a BA in Philosophy, Politics and Economics. He is currently the business development associate at Media Beat – a boutique marketing agency based in CPT & JHB, which specialises in integrated marketing campaigns in relation to radio and digital, as well as a host of other offerings.