Focus on the African and South African film industry 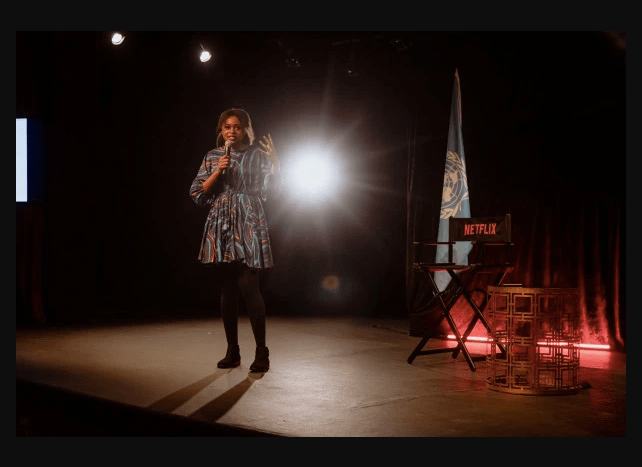 Last month, UNESCO announced the six African winners of its ‘African Folktales Reimagined’ short film competition – one each from Mauritania, Tanzania, Nigeria, Kenya, Uganda and South Africa. The South African winner is Gcobisa Yako, who has an honours degree in directing and writing from AFDA. She works at The Rudeboy Collective production company as a creative researcher.

This is the first time the competition has been run, with funding being provided by the Netflix Creative Equity Fund. Each winner receives $250k plus a production budget of $750k to create a short film that will be screened on Netflix in late 2022, as part of the Netflix African Folktales offering. The competition follows UNESCO’s in-depth study that mapped the film and audiovisual industry on the African continent.

The African Film Industry: Challenges and Opportunities for Growth’ is a comprehensive research report that runs to almost 300 pages. It was published with much fanfare in October 2021 and includes a separate report on each of the 54 countries in Africa, as well as some information on the industry from a continental perspective. The report provides a better understanding of the history, current challenges and opportunities, and the pan-African trends that are shaping the future of the sector. It also includes beautiful photographs and film posters.

According to the report, the sector employs about five million people across the continent and contributes some $5 billion to Africa’s GDP. Nevertheless, “the economic potential of the film and audiovisual sector remains largely untapped”.

However, as digital technologies are becoming more affordable, they are driving production, with 2 500 films being made a year by Nollywood alone. Of course various challenges still need to be addressed, including gender equality, freedom of expression, a lack of film policies and film commissions in many countries, piracy and intellectual property issues, training and education, and infrastructure.

In terms of production, there has been an increase in “activity and economic contribution in recent years” by the cultural creative industries (CCIs). The report indicates an average growth of 2.4% per annum by the industry, compared to 1.10% by the economy as a whole for the period 2016 to 2018.

In particular, the audiovisual and interactive media sub-sector has “seen significant increase in local appeal and international recognition in recent years and which is the main drive of advertising revenues for broadcasters enjoyed one of the highest growth rates within the CCIs, at 5.2%”. Importantly, South Africa generates about $600-750m “in production value annually”, with about $220m comprising FDI from foreign film production.

The South African film industry is “as old as Hollywood’s”, going back to 1895, when it was “one of the few countries in the world to see and hear sound motion pictures” when Kinetoscopes opened in the little town of Johannesburg. Much has transpired since then, including the filming of the Anglo-Boer War starting in 1899, the first feature film being shot in 1910 (‘The Kimberley Diamond Robbery’), the first motion picture studio opening in 1916, and the first Oscar being won in 1948 (Best Supporting Actor for Cecil Kellaway).

Of course much has happened since then and there has been much success, which the report details. However, South Africa needs to develop strategies to deal with the growing “stiff competition from other countries” that are increasing their incentives to foreign studios to shoot on their soil, in order to ensure the much-needed FDI and jobs that come with securing shoots in a country.

(Source: All information and photographs are  from UNESCO)