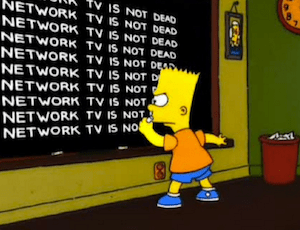 What will this year bring? I don’t know, but I do have some good guesses on some of the headlines we’ll see next.

Here are my top seven:

TV not dead yet; its ad spend rises yet again. TV viewing may have plateaued, but no other new media delivers its impact and scale — yet. And TV companies are finally learning to adopt data-driven audience buying and selling techniques from its digital brethren. TV’s many years of media dominance may be numbered, but its number won’t be up in 2016. TV companies are only ever a year away from an election and an Olympics, and 2016 has both.

Marketing technology eats ad tech. Yes, digital ad tech has had a great run, as ad servers delivered, counted and retargeted trillions of impressions to audiences who were cookied, analysed, segmented and resold. However, the power in the media and marketing world is shifting from serving intermediaries to serving principals, from delivering media outputs for agencies to guaranteeing business outcomes for marketers, from serving agency trading desks to serving marketer enterprises. And, unfortunately, most ad tech today is anchored on the wrong side of those shifts.

Dozens of ad-tech companies merge — and no one notices.  As the power of ad tech wanes, so will the fortunes of many of the redundant and indistinguishable ad-tech companies (for a sampling of these companies, please see the world-famous LUMAscapes). Many of these companies will merge, since an easy way to overcome declining revenue and margins is to consolidate and eliminate redundant costs before your own costs make you redundant. Many will do that in 2016. Not many folks will notice.

Yahoo bought by Chinese e-commerce company. This headline could — and will — be written many ways. In the end, there is a lot more value to be had if one or more large e-commerce companies operating primarily in China own a massive digital audience portal and move some money and assets into a more stable currency for the next five years or so.

Private equity buys-out/major TV/media conglomerates. This also could be written many ways. With plateauing audiences, stagnating subscriber fees and growing pressure for advertisers to shift spend to digital channels, these companies will need to cut costs heavily to maintain strong profit margins. Couple that with historically low interest rates, and you’re almost certain to see some big private equity deals (and mergers — these will certainly be noticed).

Seventeen-year-old launches massive social network app; poised to be the next Zuckerberg or Spiegel. We’ll see this again and again, year after year, and certainly in 2016. The exciting thing about having a marketplace with so few barriers to entry is that we will continue to see great entrepreneurs launch great and explosive services. Life will get harder for most market incumbents, not easier.

Google and Facebook take even more digital marketing share. Today, Google and Facebook comprise more than 70% of the market in digital marketing spend. That’s a big number that will grow even more in 2016. Why? These market giants have massive network effects, smart product strategies, great execution, and a long-term focus on delivery outcomes for marketers through software, all the while delighting consumers with great free services. Hard to beat that formula — yet.

Dave Morgan is the CEO of Simulmedia in New York. Previously, he founded and ran both TACODA and Real Media. Follow him on Twitter @DaveMorganNYC. This story was first published on MediaPost.com